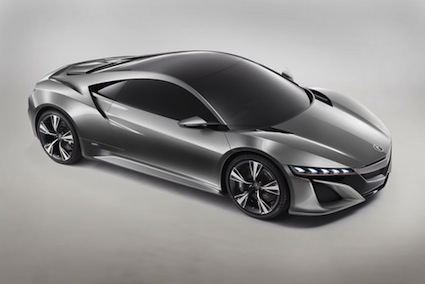 The highly anticipated Acura NSX supercar has a new home. This week, Honda of America announced that it plans to convert a former seat plant adjacent to its Marysville Auto Plant into a Performance Manufacturing Center to build the resurrected Acura NSX coupe. Honda will make a $70 million investment and tap 100 highly skilled manufacturing associates from its existing operation to construct its halo model.

The original Acura NSX was marketed from 1991 to 2005 with just hundreds of models built annually. A prototype of the future model was displayed at the 2012 Detroit auto show, a mid-engine model outfitted with a V-6 engine and a dual-clutch transmission. It is a hybrid model too, demonstrating Honda’s commitment to combine performance with fuel efficiency.

Besides identifying its plant location, Honda announced that Honda R&D Americas chief engineer Ted Klaus is leading the global team developing the new NSX. In addition, Clement D’ Souza, associate chief engineer at Honda of America, will lead the team that will bring the Acura NSX to production beginning in 2015.

“We have a very clear understanding of the high customer expectations luxury buyers around the world have for a supercar, and our challenge is to exceed them and create new value for the customer,” said Klaus. “This new Performance Manufacturing Center will be key to this challenge.”

Honda will likely move quickly to identify the workers that will build the Acura NSX. Once the team has been assembled it will begin training and the manufacturing processes will be put in place. The Ohio manufacturing plant will be the exclusive builder of the all-new Acura NSX, a model that will be exported worldwide.

Committing to building the supercar will enhance Acura’s image in the United States and abroad. Acura represents one of the better selling luxury brands in America, beating out Cadillac while finishing behind BMW, Mercedes-Benz and Lexus. For 2012, Honda reported 156,216 Acura models sold.

When the Acura NSX arrives on the market, it will join seven other Acura models ranging from the RLX flagship sedan to its ZDX four-door sports coupe. The balance of the Acura line up is composed mostly of sedans and crossovers with the TSX sold both in sedan and wagon body styles.