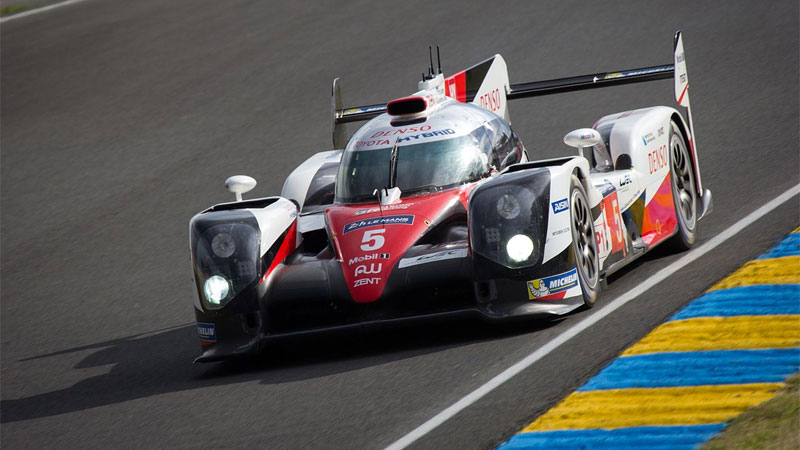 Motorsport is highly ingrained into European culture. Indeed, from brands such as Lancia and Peugeot which have an impressive rally pedigree, Britain’s ever-so-popular Rallycross competitions, up to brutal endurance races such as the 24 hours of Le Mans.

Notably, most if not all the brands compete in races across Europe to gain recognition and improve their vehicle repertoire. As such, let’s examine the five best European Motorsport Races.

The 23 drivers started in Paris and drove 634 miles in their shoddy older cars. Getting there fast wasn’t the only goal, but also how comfortable, elegant, and reliable said vehicles truly were. Just imagine how bizarre seeing a Rolls-Royce Phantom blitzing across the Welsh woods nowadays would be!

Currently, the Rallye Automobile de Monte-Carlo remains an important piece of European and global motorsport culture. It’s featured in the World Rally Championship as an important stage of the competition, appearing in both the Intercontinental Rally Challenge and the European Rally Championship. Not only that, but the Monte-Carlo Rally popularized one of the best-renowned stages called the Col de Turini. Specifically, it is a tight mountain pass that spans 19.3 miles with a steep incline and multiple hairpins. Snow and ice are regularly present on the Col de Turini, testing the driver’s capabilities constantly.

The European Rallycross Championship is the top Rallycross competition in all Europe. However, it wasn’t the first by quite a significant margin. Particularly, the first time Rallycross became a phenomenon was back in 1967 on the Lydden Hill Race Circuit, one of the many important racetracks found on the tiny islands we know as The British Isles. The goal of Rallycross is to combine rally racing with the touring discipline, resulting in an exhilarating and fast-paced race competition.

Initially, it sported plenty of similarities with the rally discipline, borrowing the original group designation found there and improving it. When group B cars were banned from the World Rally Championship, they found their new home at ERC, allowing drivers and spectators to experience the sheer insanity of group B cars in a more controlled environment. Nowadays, cars are much more rational, races are short, and circuits are relatively modest, meaning that the tiniest of mistakes can lose you multiple places in the standings.

An iconic race event, so popular that the movie “Ford vs. Ferrari” was based on Ford’s GT40 heartbreaking story regarding the Le Mans. Located in France, the race takes place on the Circuit de la Sarthe. This is a complex and dangerous track where drivers spend 85-percent of the lap time on full throttle, regularly surpassing speeds of 200 mph.

As the name suggests, the race is a fully blown endurance race where drivers aren’t scored on how fast they finish a lap, but on how much distance they can cover in 24 hours. Therefore, this translates into covered distances that surpass 3000 miles, placing great strain on both the cars and the drivers.

Currently, the 24 Heures du Mans is an important stage of the FIA World Endurance Championship and the most difficult one beyond a shadow of a doubt. Importantly, this same race led to many advances in automotive development and engineering, such as a better understanding of aerodynamics and drag, improvement in fuel economy, refinement of hybrid powertrains, and many more.

The British Saloon Car Championship predates the British Touring Car Championship, the former being established as early as 1958. This discipline consists of a high number of modified street cars racing on paved tracks.

Due to the sheer number of vehicles racing, their size, and the track’s overall width, this motorsport doesn’t care particularly much about speed. Instead, it is more about agility and durability. Bumping and nudging while overtaking is somewhat common and acceptable.

Multiple tracks of high interest host the British Touring Car Championship, such as the renowned Brands Hatch or the almighty Silverstone.

Notably, all the circuits are short and fast-paced, and thanks to the significant number of laps make this championship is so intense. Bumping into someone too hard can result in a significant crash, even if average speeds are lower than expected.

The Circuit de Spa-Francorchamps is another track that is renowned across the entire world, hosting the FIA Formula One championship while also hosting multiple endurance races. That includes the 24 Hours of Spa.

A significant component of the Belgian racetrack development was, in fact, the 24 hours of Le Mans, being an alternative to the Circuit de la Sarthe or the Nürburgring Nordschleife.

With a length of 4.32 miles, drivers are often challenged by the famous Raidillon turn, a blistering fast downhill chicane that ends in a blind soft left. Taking the turn wrong can lose them plenty of time or end the race significantly quicker than expected.

Other Motorsport Races of Note

Certainly, there are other European races worth taking in, including multiple WRC Rallys, the Goodwood Festival of Speed, and the Nűrburgring 24 Hours, just to name a few.

All in all, these kinds of races showcase the automotive world at its best while giving drivers the opportunity to enjoy some prominence.