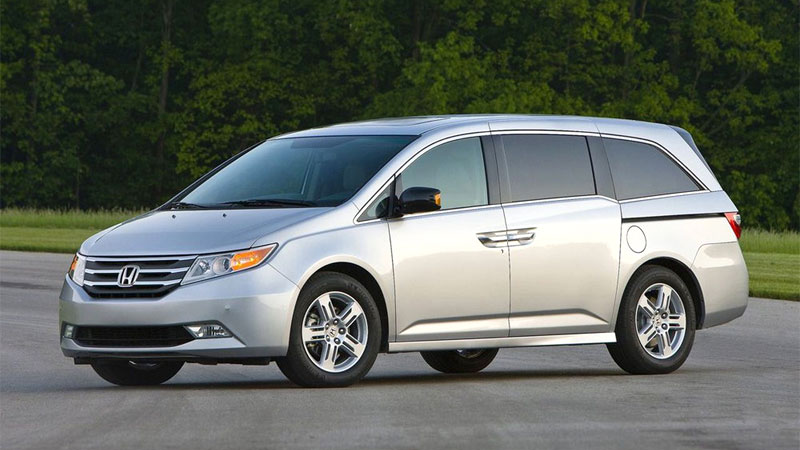 The modern minivan segment was launched nearly 30 years ago when the Dodge Caravan and Plymouth Voyager were introduced to the market. Previously marketed small vans such as the Volkswagen Bus attempted to carve out a niche for families, but it wasn’t until the Chrysler Corporation introduced its K-Car platform-based minivans that the modern day segment was launched.

Minivan sales surged throughout the 1980s and 1990s, with every major and many smaller car manufacturers joining in. Just as the minivan was the replacement for the family station wagon, it would eventually be replaced in importance by the crossover SUV. That latter segment has basically improved upon the minivan theme by building vehicles that are more versatile than minivans.

Still, the minivan market has not gone away with Chrysler, Toyota, Honda and Nissan fielding models along with Volkswagen and until this past year, Kia. Sure, add the Mazda Mazda5 into the mix, the smallest minivan-like model in this shrinking segment.

Most minivans are powered by a robust V-6 engine paired with a six-speed automatic transmission. Some models, including the Mazda5 and the base Toyota Sienna, offer in-line four cylinder engines.

Except for the Mazda, these vehicles need a V-6 engine especially when filled to capacity or when pulling a camper or a boat. The following is our list of best minivans in 2012.

The Dodge Grand Caravan has retaken the position as the top-selling minivan and did so in a big way. For 2012, sales surged by 28 percent as Chrysler continued to market the Grand Caravan as its entry-level model and the Chrysler Town & Country as its premium model.

US sales of 141,468 units easily gave the Dodge Grand Caravan the best minivan title for 2012.

Toyota and Honda have routinely battled for the top spot in minivan quality, but typically have trailed one or more of the Chrysler products in US sales. For 2012, Toyota Sienna sales rose by 3 percent to 114,725 units sold, edging out the Chrysler Town & Country for third place.

Still, the Toyota Sienna lost its best minivan crown for 2011 as Dodge and Honda sales surged.

In some years the Chrysler Town & Country has outsold its sibling, the Dodge Grand Caravan, but the company’s decision two years ago to put some distance between the two models has shifted sales from Chrysler to Dodge.

Still, US sales for the Chrysler Town & Country were up by 18 percent in 2012 on 111,744 units sold. That represents more than 253,000 minivans sold by the Chrysler Group or twice that of any of its competitors.

The Mazda Mazda5 defies easy categorization. Some call it a multipurpose vehicle. Others consider it a crossover SUV. With seating for six, the Mazda5 has less interior room than its competitors and is closer in size and weight to the original minivans.

For 2012, Mazda registered sales of 19,155 Mazda5 models, down 23.5 percent, but still narrowly beating out the Nissan Quest for the fifth spot. Quest sales rose by 49.5 percent in 2012 to 18,275 units, therefore the Mazda5s hold on the fifth best minivan spot is a precarious one.

Kia left the minivan market in 2012, but promises to return by 2014 with a new model. The Volkswagen Routan, a copy of the Chrysler models, is now available for fleet customers only. That van is likely to disappear next year, perhaps replaced by the Volkswagen Bulli, a European van that is powered by a turbocharged in-line four cylinder engine.

Although the minivan market has shrunk considerably, the remaining players are committed to staying in the game. Interior room still gives these vehicles an edge over crossovers, one of the few advantages left in this segment.