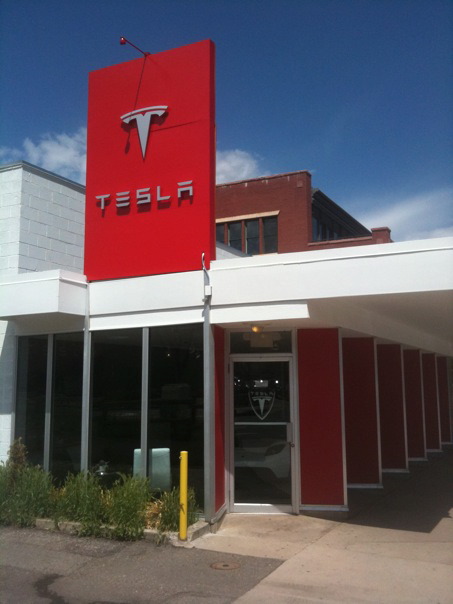 We love our brands and often base our purchases on recognition. Indeed, household names such as General Electric, DuPont, and General Motors enjoy a century (or two) of consumer support, but they are far from alone among the popular brands.

Brand Finance, which tracks the popularity of some 5,000 brands worldwide and develops reports based on a variety of categories, recently released its Automobile 100 2022 rankings. They found Tesla is the fastest growing in its category and is now the third most valuable automotive brand in the world. 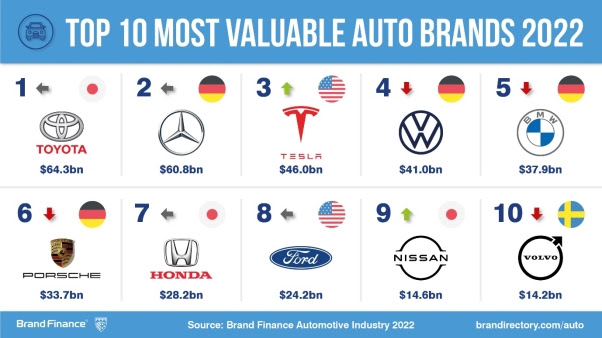 According to Brand News, Tesla enjoyed the biggest increase in value among automotive brands during the pandemic, rising 271-percent since 2020. With a value of $46,010M, Tesla surged past Volkswagen, BMW, and Porsche to move into third place. At the top, Toyota ($64,283M) remains the No. 1 brand, followed by Mercedes-Benz in the second spot ($60,760M). Rounding out the top ten are Honda, Ford, Nissan, and Volvo.

Some of the biggest movements amongst automotive nameplates involved Chinese brands. Indeed, BYD jumped 10 spots to the nineteenth position, followed by Haval at No. 20 and Geely at No. 24. Eight Chinese brands are in the Top 100 and they represent eight of the 10 fastest-growing automotive brands. Still, with a brand value of US$6.4 billion, BYD holds only a fraction of the worth of Toyota.

What drove Tesla’s surge over the past two years? Much credit must be given to the company’s decision to enter the Chinese market. Also, analysts credit Elon Musk’s charisma and at times “controversial” behavior for helping Tesla stay in the public eye. Moreover, Tesla’s conversion into a household brand has seen other labels attempt to link themselves to the brand to profit from the Tesla influence.

As for the brand value leader, Toyota, the Japanese manufacturer managed to thrive during the chip shortage due to its emergency stockpiling. Thus, Toyota was able to sell more than 10 million vehicles globally in 2021, the only manufacturer to achieve that status. Looking ahead, however, Toyota may see sales decline this year due to the chip shortage. And much further out, the company’s electric vehicle pivot should build on its Prius hybrid initiative to fuel further growth and profits.