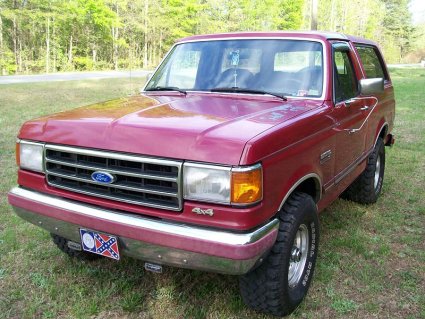 I am not one for seeing the federal government create endless taxpayer assistance programs, believing that the consumer is the best party to determine what he or she should buy. However, I’ve resigned myself to seeing Congress and the Obama administration spend money like no administration before it, supposedly in a bid to rescue us from the current economic slump or to pass new programs designed to expand government control.

Cash For Clunkers is one program that I want the federal government to spend money on for the simple reason they have been spending money everywhere else, but with little impact on the economy. Any program that actually puts cash in the consumer’s hand is better than tossing those funds at bankrupt financial institutions, car companies and other larger businesses who have failed. At least with the consumer you have someone who isn’t as likely to squander their monies, carefully choosing what they want to buy and how much they’ll pay.

However, I am disappointed by the Cash For Clunkers bill (H.R. 2751) that was passed by the US House of Representatives yesterday, one that will barely have an effect on the auto industry. True, eligible buyers will be able to use a voucher worth $3500 to $4500 toward the purchase of a new, fuel efficient vehicle, but the vehicle they must trade in has to get under 18 mpg.

Consider this — over the past decade or so, there have been only a handful of vehicles that return such awful gas mileage. Heck, even some editions of the Corvette get up to 28 mpg on the highway! Sure, a few newer models like the Ford Excursion and Hummer H2 qualify, but if you think that someone will trade these vehicles in for a paltry credit, that’s crazy.  After all, qualifying vehicles must be scrapped or recycled and no additional monies will be given even if the book value is well above $4500 as it is for some newer versions of these models.

Lest you think that you can take that beater sitting in your back yard and trade it in, you’ll need to think again.  An important requirement with this program is that vehicles must have been registered and insured for the past year to avoid having people push in inoperable cars for credit.  Congress may have set aside four billion dollars for this program, but they’re not about to let unregistered and uninsured junkers qualify which is actually a good thing.

There is a chance that as the U.S. Senate takes up this bill, that some of the parameters will be changed. I believe sales would be stimulated if just about any older vehicle, let’s say eight or ten years or older was included in this program. As it stands right now, the law will provide a little bit of help, but nowhere the results that Germany and other European countries have experienced since launching their own scrappage programs earlier this year.

Cash For Clunkers is one of the better ideas floated in some time. I only wish that our elected representatives planned to offer one that would truly stimulate the economy as this version of the bill will have little or no effect.

See Also — How to Scrap Your Rustbucket