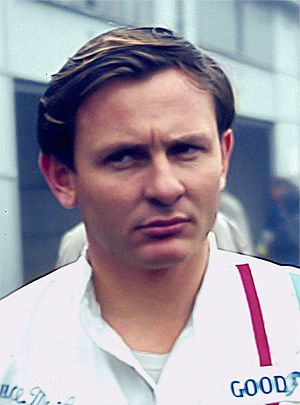 This year, McLaren celebrates its 50th anniversary. Having started out as a simple racing team for its founder Bruce McLaren to further his championship winning aspiration, it is now a multi-billion dollar group with over 5,000 employees focusing on road car production, electronics, marketing, corporate hospitality, and animation alongside its original motor racing activities.

But how has McLaren succeed where so many others have failed?

New Zealander Bruce McLaren was a highly-rated motor racing driver in the early 1960s. However he had aspirations different from his Cooper team and when they refused to build a 2.5-liter car for the Tasman Series, he simply decided to set up his own team in 1963.

From modest beginnings, the team gradually built up its competitiveness in sports cars to the point where McLaren was willing to leave Cooper and race for his own team in Formula 1.

They made their F1 debut at Monaco in 1966. The first two seasons were compromised by poor reliability and uncompetitive engines, meaning that it wasn’t until 1968 that McLaren scored his team’s first championship victory in Belgium after a switch to the Ford DFV engine.

The team’s race winning form continued into 1969 and after a promising start to the 1970 season, things took a turn for the worst when Bruce McLaren was killed testing the team’s new Can-Am car at Goodwood.

This would have meant the end of the road for most racing teams, but Bruce McLaren’s good friend, Teddy Mayer, took over the reins of the team. Mayer gradually built the team back up and they returned to their winning ways in 1972 with Peter Revson.

McLaren had proven their ability to win races, but its overall championship success had eluded them. However this all changed in 1974 when the team stole 1972 World Champion Emerson Fittipaldi from Lotus to race the Gordon Coppuck designed M23. It was a car which would revolutionize the team’s fortunes, with them winning the championship again with the same chassis in 1976; this time with James Hunt behind the wheel.

It was Hunt who really helped to bring McLaren to people’s attention. The Englishman’s outlandish behavior and popularity with the general public made McLaren a household name.

After the success of the mid 1970s, McLaren then went into decline with points finishes becoming increasingly less frequent and title sponsor Marlboro pressuring Mayer for improved performances if their association was to continue. This led to McLaren merging with Ron Dennis’s Project Four Formula 2 team.

Under the technical lead of John Barnard, the new alliance set about designing the sport’s first carbon-fiber chassis which brought substantial weight savings. It was the first in a line of technical innovations that Dennis’s McLaren squad would bring to the sport.

With the right technical team in place, Dennis turned his attention to the team’s drivers and engine supplier. He managed to convince the retired Double World Champion Niki Lauda to return to the sport and sourced a Porsche engine supply. All the pieces finally came together in 1984, with Lauda and Alain Prost sweeping all before them to claim the team’s first championship win in eight years. It would be Lauda’s third and final championship victory, but Prost then established himself as the sports lead driver winning back to back championships in 1985 and 1986.

Things changed in 1987 when Honda engines became the vital ingredient to success. But Dennis lost no time in stealing the Honda engine supply from rivals Williams in time for 1988 and bringing in Ayrton Senna from Lotus to partner Prost. It resulted in levels of domination that the sport has never witnessed before, with Prost and Senna winning 15 out of the 16 races in 1988; the first of four successive drives and constructor’s championship successes for the team.

Another vital ingredient in McLaren’s domination over this period was designer Gordon Murray. He agreed to join McLaren from Brabham on the understanding that it would be his final Formula 1 project. His next ambition was to build the world’s fastest road legal car.

Luckily for Murray, Dennis had the same ambition as he wanted to emulate the strategy of Ferrari and Lotus in establishing a road car company on the back of motorsport success. With the money and resources of McLaren behind him, Murray created the ‘McLaren F1’; a road car which is still considered by many to be the greatest road legal sports car of all time. Its performance was such that McLaren was able to take an overall class victory at Le Mans with the model, despite limited modifications.

The extreme design resulted in an extreme price tag, but the fact that only 106 were ever produced means that it has only gone up in value over the years. This was proved when Mr. Bean star Rowan Atkinson crashed and wrote off his McLaren F1 a couple of years ago and made the most expensive car insurance claim of all time with the vehicle being value at over $1 million.

The financial and critical success of the McLaren F1 increased the pressure for the follow up model. It took McLaren almost 20 years to create one, with the MP4-12C expected to be the first in a fleet of McLaren sports cars to hit the market. Dennis handed over control of the F1 team to Martin Whitmarsh in 2009 so that he could focus on fully establishing McLaren Automotive and make this vision a reality.

This still seems to be on track, with McLaren following the MP4-12C up with the P1 which debuted at the 2012 Paris Motor Show. The P1 is a remarkably ambitious project, being the company’s first attempt at a plug-in hybrid. Its 3.8-liter engine and hybrid pack produce a combined 963 horsepower. Despite this, the hybrid technology should mean that it is still capable of 25 mpg.

McLaren’s focus on environmental technology means that it recently became the first motor sport organization in the world to win the FIA’s Environmental Award. This, along with its recent Motorsport reunion with Honda, means that the company is well set to begin its next half century.