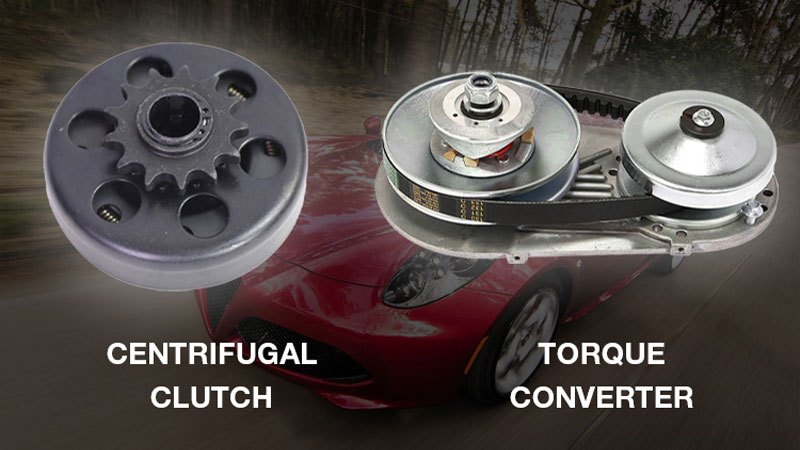 Have you ever wondered what the difference is between a centrifugal clutch and a torque converter? In this article, we will discuss the differences between these two types of mechanical devices, their pros, cons, and application. 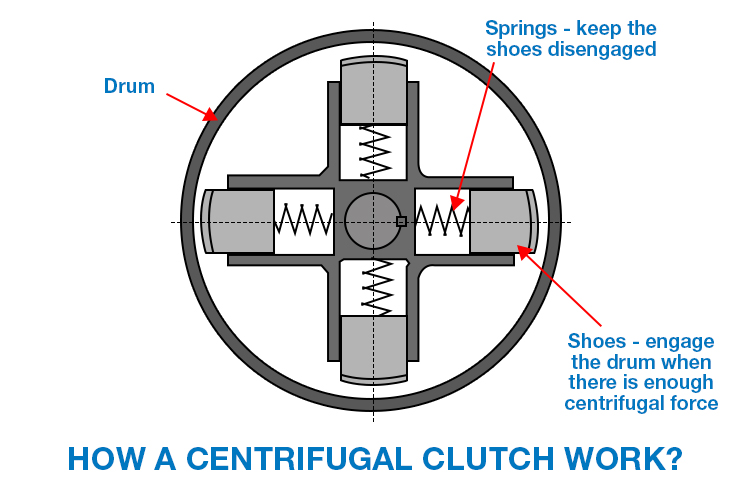 How Does a Centrifugal Clutch Work?

A centrifugal clutch is a type of clutch that uses centrifugal force to engage and disengage the drive mechanism automatically.

How Does a Torque Converter Work?

A torque converter is a type of fluid coupling that uses the principle of hydrodynamics to transmit power from an engine to a driven component.

The torque converter consists of:

The fluid also flows back toward the impeller due to the turbine’s rotation. When the fluid moves through the housing center, it passes by the stator. It redirects the liquid back into the turbine rather than into the pump. This increases the torque that is put on the transmission shaft.

Generally, when the engine runs at 1,400 – 1,600 RPM, the centrifugal force will be strong enough to push the friction shoes out, but it won’t be enough to make full contact with the drum yet. This creates heat, wear on the components, and sometimes smoke!

Eventually, at about 1,800 RPM the centrifugal force will be great enough to push the friction shoes against the drum, and the clutch will be fully engaged. Once it does, you can feel it’s really grasping.

Changing the springs inside your centrifugal clutch will allow you to adjust the particular RPM where it’s engaged. Stiffer springs will increase the RPM at which it’s fully engaged, and softer springs will decrease it.

In addition, centrifugal clutches are a non-variable transmission. This means it will maintain the same gear ratio no matter how fast or slow you’re going. So, if you need to go up a hill and your gear ratio is not high enough, you’ll have to rev the engine pretty high.

Before engaging, the torque converter will idle, and it’ll start to engage at about 1,700 RPM. Because torque converters use transmission fluid to transfer the power, less wear and heat are generated, no matter how slowly you drive.

The gear ratio is also variable, so you can go up hills without revving the engine too high. And, if you have a lot of high torque at low RPMs (like when towing), the torque converter will be able to handle it much better. If you do this with a centrifugal clutch, it’ll just slip and smoke all over the place.

When it comes to choosing between a centrifugal clutch and torque converter, there are a few things you need to take into account: the type of vehicle, the type of terrain you’ll be driving on, and your driving style.

Centrifugal clutches are commonly used in go-kart racing because the engine constantly runs at top speed. It’s also used in tools like chippers and sawmills.

On the other hand, torque converters are mostly used in automotive applications. They’re found in cars, trucks, and boats because they allow the engine to run at different speeds. If you’re building an off-road go-kart, or you’ll be driving on a variety of terrain, then a torque converter is the better option.

See Also – How Much Does a Car Engine Weigh? 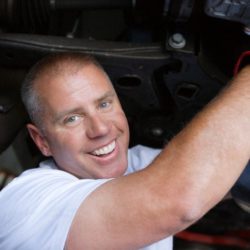 1 thought on “Centrifugal Clutch vs Torque Converter: Which One is Better?”