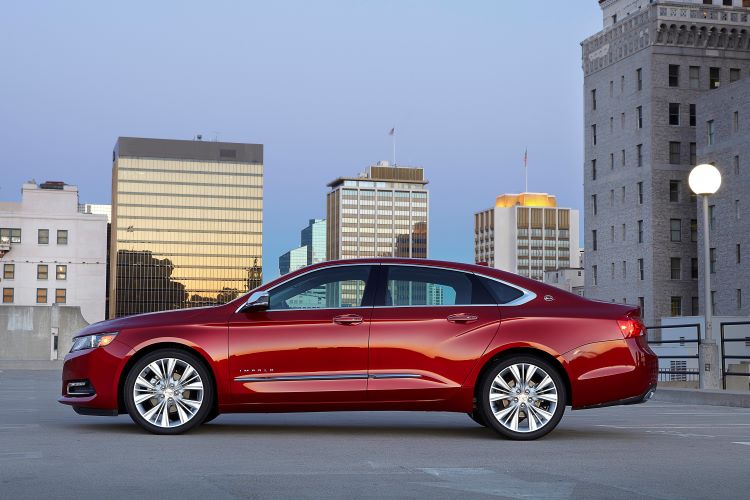 Once again, we’re bidding farewell to the Chevrolet Impala, a full-size sedan introduced as a Bel Air sub-model for the 1958 model year. Sure, there have been a few gaps in this model’s lineage, which resulted in earlier farewells, but for the most part, the Impala has maintained its position as Chevy’s flagship sedan. The Bel Air and Caprice are two other models of note, but neither has left as deep and lasting an imprint on the brand as has the Impala.

We’ve been expecting the Impala’s demise for some time, especially as GM reiterates its commitment to utility vehicles and trucks, while gradually exiting most car segments.

The full-size segment has steadily shrunk, especially over the past decade, with the Ford Taurus and Buick LaCrosse among the recently canceled products. The Dodge Challenger, Chrysler 300, and Toyota Avalon remain, but the market isn’t what it once was when nearly every domestic brand was a participant.

The current and tenth-generation Impala launched in 2014, a front-engine, front-wheel-drive sedan that shares its platform with the Buick LaCrosse and Cadillac XTS. When it launched, Chevrolet supplied three powertrain options, including a 2.4-liter four-cylinder engine with eAssist, which represents a partial hybrid system.

Most buyers, however, considered either the 2.5-liter four-cylinder engine or the 3.6-liter V6, the latter best suited for this large sedan. With all three choices, power routes to the front wheels utilizing a six-speed automatic transmission.

Since its 2014 release, the current-generation Impala has undergone modest changes. In 2015, the eAssist model was dropped due to slow sales. Also, the Impala gained an available 4G LTE Wi-Fi with OnStar. On the other hand, HD Radio disappeared.

From 2016 to 2019, the Impala experienced additional changes, including dropping the number of trims from five to four, then to three. This resulted in package and features shuffling, with some previously optional items made standard.

For 2020, the Chevrolet Impala comes in just two trims: LT ($32,495) and Premier ($37,595). Gone is the four-cylinder engine, but that’s not much of a loss. It simply lacks the kick this full-size sedan deserves. What remains is a 305-horsepower V6 engine that’s up to the task. It provides smooth acceleration and adequate passing power, although it doesn’t approach the bygone Impala SS in performance. Stay away from the 20-inch wheels and you’ll enjoy a smooth ride.

All models come with 10 airbags. The LT comes with a rear vision camera and makes only certain driver-assist features such as rear cross-traffic alert optional.

With Impala production already ended, consumers will find 2020 models on dealer lots. As of this writing, some 2019 stock also remains. Both model years carry discounts and other incentives.

Looking ahead, Chevrolet plans to keep the midsize Malibu for a few more years. Otherwise, two midsize crossovers – the two-row Blazer and three-row Traverse – are your choices going forward. We may see other models join the Chevrolet line, including fully electric vehicles larger than the current Chevy Bolt. None, however, will likely carry the sedan layout that once dominated the industry.

See Also – About the 2019 Chevrolet Impala