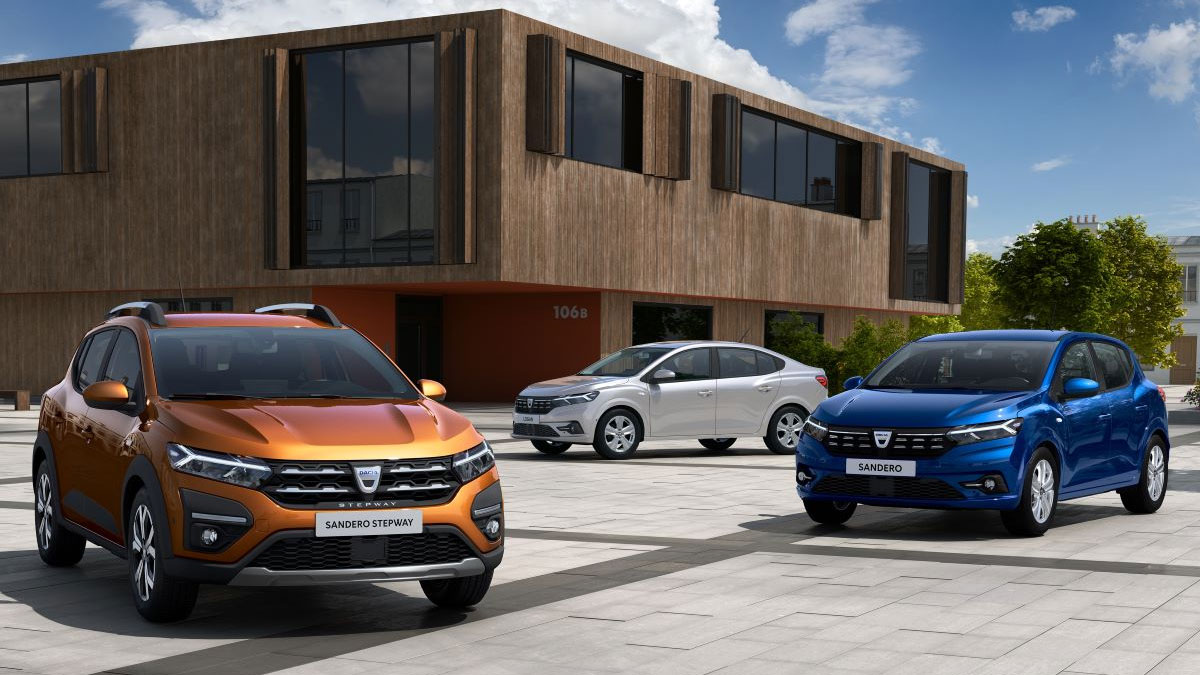 Dacia is one of the few reasons why the outside world has heard of Romania. Most commonly, people know about Romania from Dracula or the ruler Vlad “The Impaler”, the ex-footballer Gheorghe Hagi, or the gymnast and Olympic gold medalist Nadia Comăneci.

Still, we aren’t here to discuss the latest politics and how minced meat rolled in cabbage leaf is the tastiest meal no one knows about. We’re here to talk about Dacia, a brand renowned in Europe for its affordable cars.

The Kingdom of Dacia

Dacia is a very specific name but for good reason, seeing how it’s an important part of Romania’s history. Back before the days of Christ, some tribesmen were living their not so peaceful lives around the Danube Delta and the Carpathian Mountains. These tribesmen formed the old kingdom known as Dacia.

These Dacians weren’t the brightest tools in the shed, because they didn’t consider recording what they did as being all that important. Therefore, all we know about them is from other countries who truly cared enough to record their actions.

Still, the first time Dacians were mentioned in an official matter was in Ancient Greece in 400 B.C. They were in the region for a lot longer than that, but not as part of their distinct civilization. The Dacians were around up until 100 A.D when they were conquered by the Roman Empire.

Today’s Romanians are the descendants of Dacia. Romania proper comprises much of the old Dacia. Now, knowing all this, we can see why Automobile Dacia S.A is named the way it is, which is simply just a tribute to Romania’s history.

The Dacia automotive brand started when Romania had plans to develop cars for its citizenry and to export for profit. They had no time to waste and instead of engineering and developing their cars, they decided to license an existing model.

From there, they could build and develop that vehicle. Power and luxury weren’t the goals. Thus, the Romanian government wanted a small car with an engine displacement of around 1-liter to fulfill the goal of 50,000 cars produced annually. Furthermore, Romania was ruled by a communist regime, which was abolished in 1989 following the so-called “revolution”.

Five brands responded to Dacia’s licensing request. Renault, Peugeot, Fiat, Alfa Romeo, and Austin/Morris, each presented their particular car model. Specifically, the models tested were the acclaimed Austin/Morris Mini, the Peugeot 204, the Alfa Romeo 1300, the Fiat 1100D, and the Renault 10.

From Renault to Dacia

Romanians fancied Renault’s offer and signed a contract which stated that Dacia would produce cars designed and developed by Renault, with the Renault 12 specified. However, due to technical and economic difficulties, Renault couldn’t allow Dacia to start producing the 12, so they simply told them to assemble the Renault 8 for the time being.

As soon as the contract was signed in 1966, Romania started building the car factory in Colibași, which today is called Mioveni, in Argeș County, and they had it up and running by 1968.

The Dacia 1100 was the first car ever to roll off the factory line, doing so on August 20, 1968. The vehicle was gifted to the communist president/ruler Nicolae Ceaușescu to craft a story worthy of the time’s newspapers.

The contract stated that all parts would be produced by Renault and the cars assembled in Romania. This is known as a knock-down kit to avoid import taxes, create local jobs, and in this case, and kickstart the car manufacturing industry.

The 1100 was named the 1100 due to its engine displacement of 1100cc. Overall, the car wasn’t special in any way, shape, or form, apart from being overly expensive for the country.

Indeed, it was initially priced at Lei 55,000, which was staggering when we’re looking at the median wage of Lei 1,140. Despite all this, the vehicle still sold, being one of the few cars available for purchase in Romania.

For reference, a small jar of yogurt was 0.5 lei, while a liter of milk was 1.5 lei or so. There were few colors available, few options to choose from, but compared to the East German Trabant it was considered a gentleman’s car and a luxury piece.

The Dacia 1100 didn’t have a long lifespan as Dacia wanted the Renault 12 and not the Renault 8. Even so, it was produced for four years with over 37,000 copies produced.

There was even a limited performance model dubbed the Dacia 1100S, which was used for rally racing and as police cars. Although certainly not on par with the Audi S-line, it was an S-model nevertheless.

In 1970, Dacia started producing their real game-changing motorized vehicle: The Dacia 1300 series. Like the 1100, the 1300 indicates an engine displacement of 1.3 liters. For the time, the Dacia 1300 was a decent car and up to the time’s standard.

Bear in mind that the standards were questionable at best because side mirrors were an option fitted only for the wealthiest. Looking behind you wasn’t considered that necessary in 1970.

For many years, Dacia continued using Renault’s knock-down kits, which proved to be solid and reliable. Nevertheless, Dacia outputting quality cars was truly a rare sight, given that Romania was a communist country.

In their older model years, however, the quality got worse, especially when looking at the body panels which were rust-prone. Despite this, the people still liked their rust buckets. You can’t find many cars out there which were fixable with twigs, wire, bottles, or women’s tights.

Many colors were available, and it received numerous facelifts to keep the car fresh.

It received mechanical upgrades from year to year, going from carburetors up to mechanical injection and even a catalytic converter in its latest model. The last new models cost around $5,120, which was a steal to some but a huge rip-off to others.

The engineers at Dacia finally started doing something of their personal design beginning with the Dacia Nova. The car flunked as it sold poorly in Romania and beyond. Quality wasn’t the Nova’s forte, and low volumes only hampered sales.

The first Nova was produced in 1995 but the car had been in development since 1983. Notably, the engineers couldn’t move forward due to a lack of funds.

Dacia was quite aware that the 1300 was outdated and they wanted to replace it with something better. Not only that, but Romanians had a growing interest in the used car market of the neighboring countries as well as for other European countries, such as Germany.

Despite having a good thought process, the car was mediocre and generally disliked. It had plenty of problems with the body panels, similar to the 1300. Furthermore, the engine wasn’t all that reliable, the suspension was far from stellar, and its styling was generally disliked and deemed outdated.

Where the Nova gained ground, however, was in its handling and agility. It had a facelift which improved the quality quite a bit, but the damage was already done, and the car remained a failure.

In 1999, Renault purchased a controlling 51-percent stake in Dacia. Renault planned to build cars suited for the Central and Eastern European markets, but since then the brand has expanded worldwide.

To begin, Renault took over the Dacia Nova and built a facelifted version dubbed the SupeRNova in the 2000s, utilizing an engine and transmission supplied by Renault. The SupeRNova predates the Solenza, which was another facelift aimed at the now old all-Romanian Nova.

Renault wanted to accommodate people with a new and proper way of manufacturing a car, and they used the Solenza to do just that. A new car was on the horizon, one more worthy of the western market.

Dacia’s earlier way of building cars was considered outdated and unsatisfactory by Renault. One sad note, though, was the cancellation of a future home-designed car. It was codenamed the D33, engineered by Dacia, and designed by I.D.E.A Torino.

In 2004 Dacia produced the Dacia Logan, a highly successful model. Renault wanted to build a car priced as low as €5000 that could carry four passengers and a driver. It was designed to handle the worst pavement and feature a large trunk while advancing quality standards.

To achieve this goal, Renault used many clever cost-cutting measures, including headrests made of foam that expands to take the form of the casing, using the same kind of bulbs and fixtures everywhere, or even the removal of some extra stitching from the seat. By managing costs, the new Dacia model arrived at an affordable price point.

Today, the Logan is sold and produced worldwide, including in developed countries such as England where it’s popular. Demand is strong in developing countries too, including Brazil, Colombia, and South Africa. Notably, this model is reliable with inexpensive parts, attributes that aid the Logan’s popularity worldwide.

Dacia has plenty of prototypes and made multiple attempts at producing cool cars, beginning in the 1980s. These models range from a Dacia 1300 converted into a limousine, another model with pop-up headlights, and a vehicle that could be driven by people with leg paralysis.

One prototype worth mentioning is the Turbo Dacia 1300, developed by a rally racer who claimed that it pushed over 200 horsepower from its tiny 1.3-liter engine. Some claim that the chassis can still be found somewhere in Romania, however, the engine is missing so all there’s left is the glory and the fantasy.

There’s also a Dacia designed to target the post-revolution market which gained a bit of ground but was never sold or produced. (1)

Dacia is also known to a small degree for its rally pedigree. The Dacia Nova and SupeRNova were nimble and eager to please, so they made great candidates at rallying. No major prizes were offered by local rallies or in the surrounding countries.

Today, there’s a local rally cup called the Dacia Cup (Cupa Dacia), where anyone can enter and compete. Rules are in place and are worthy to compare to any other rally competition. Only two models are competing in the cup.

First, the Dacia Logan Mk.1 with a 1.6-liter engine. Second, the Dacia Sandero with a turbocharged 0.9-liter engine. People compete across some areas of Romania in regular rally stages, with the entire competition taking a week or two to complete.