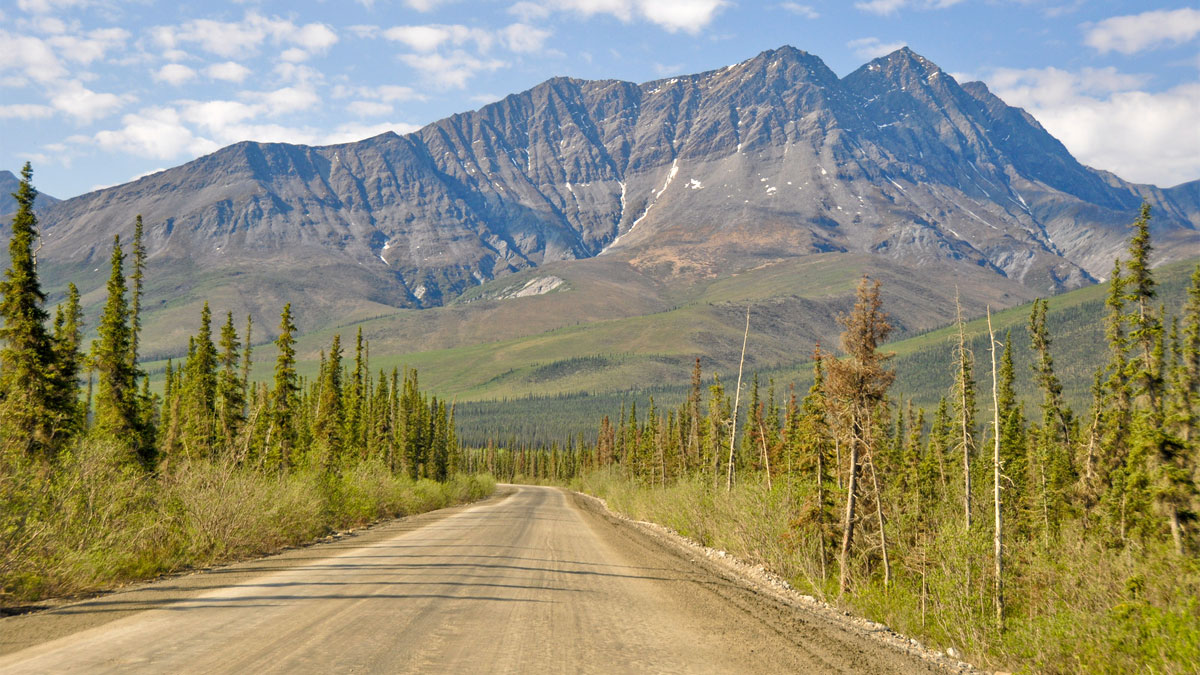 There are various ways that one could describe the Dalton Highway, an Alaskan haul road constructed in 1974. Some people find almost untouched wilderness, while others raise their eyebrows with inquisitive curiosity.

I, for one, consider the James Dalton Highway, Alaska Route 11, a no-ropes attached endurance race, and you’re only racing against yourself or the small number of semi-trucks that cross the road. Can’t expect anything else from the North Slope Borough, Alaska’s northernmost region.(1) 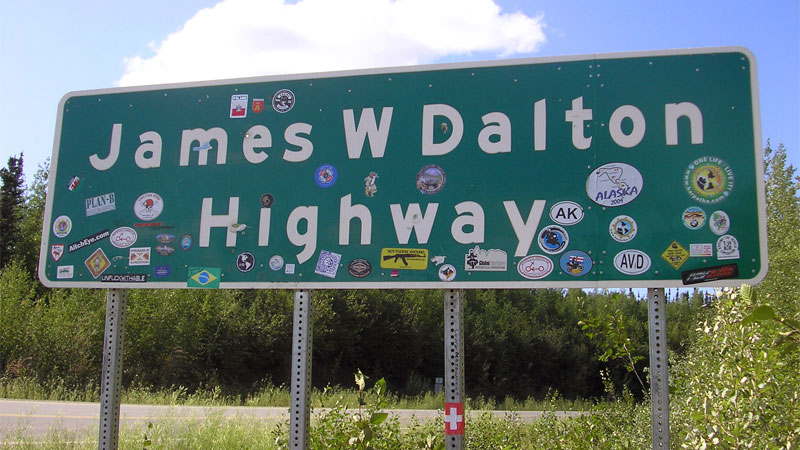 The Dalton Highway began receiving more well-deserved recognition thanks to a TV show, Ice Road Truckers, where drivers use the road regularly. Its length is nothing short of staggering. Alaska Route 11 spans 414 miles, and a significant portion of its length solely consist of dirt and gravel roads.

Before you reach the Dalton Highway with its starting point in Livengood, you must cross a significant portion of Elliot Highway. Seventy-three miles is all it stands between you and the Dalton Highway, but Alaska Route 2 is forgiving and welcoming in the beginning.

You’ll only experience paved roads with sweeping turns along your trip, but further down, asphalt gives in to the same dirt and gravel you’ll find on the Dalton Highway.

Experienced travelers advise you to take care against the rocks that semi-trucks throw at you while on the Dalton. I’m guessing that the Elliot Highway didn’t take that advice to heart if it’s also full of dirt and gravel.

Comparing the James Dalton Highway to an endurance race isn’t an exaggeration in the slightest. Saying that the route is remote doesn’t do it enough justice. It’s barren.

There are only three itty-bitty towns on the route. Livengood, the starting town, had a population of 13 in 2010. Don’t expect to find more than a handful of people on your journey, apart from the numerous trucks who cross the highway daily.

The only man-made object you will observe regularly is the Trans-Alaska pipeline, a crude oil transportation system that travels across the entirety of Alaska, from the Arctic Ocean to the Gulf of Alaska. (2)

After you traversed around 50 miles of the highway, you will be greeted with the Hot Spot Café. An ironic name especially since you will regularly experience freezing temperatures over there. A gas station is also close by, at mile 56.

After that, you will need to drive for 120 miles until you spot another settlement. That would be Coldfoot, which has a census of 10, and exists mostly as a truck stop. The town is properly supplied despite the circumstances.

Further up the road, at the 188-mile mark, you will find Wiseman, a small town that hosts 22 beautiful souls. Bear in mind that you won’t be fueling there, but there are three cozy log cabins that you can rent. After that, you’re on your own until you reach Deadhorse, the end of the highway.

Between the Hot Spot Café and Coldfoot, there’s an interesting hill dubbed the Rollercoaster. There are plenty of geographical spots nicknamed by the truckers who regularly pass the Dalton Highway.

A bit after the café you will be greeted with a tall and threatening hill that apparently has no end. After you reach the top, slowly and surely, you’re greeted by a steep descent, which looks like a rollercoaster.

Clever huh? After several similar hills, you will meet an ascending cambered corner which will hit you with a conundrum. Go too slow and you’ll lose traction and head back down, go too fast and fly off the road.

Sitting in a tall semi-truck doesn’t help visibility either, so there were a handful of people who went too fast in the dead of winter and decided to give it the “Oh, Sh** corner” nickname, which now has its proper sign. (3)

The road itself is odd and rough, regularly being greeted with pavement that seemingly transforms into rocky roads in the blink of an eye. Some turns are blind, so you must take great precautions against the truckers who regularly cross the highway, seeing how they must take them wide.

Potholes are a significant issue and something you must adjust to. You have two choices for the most part. One is driving at a snail’s pace to not ruin your car by the end of your journey. Another is blitzing across the highway dodging all the potholes until you ultimately hit one hard enough that it transforms your car into a tricycle.

Wildlife and the Brooks Range

Driving on the highway is nothing short of serene. There’s no phone signal whatsoever for miles upon end. All you have is the car, the road, the hills, grass, and trees, the Trans-Alaska pipeline, the wildlife, the gorgeous Brooks Range mountains, and a random trucker who very likely considers you to be a nuisance.

Attempting the Dalton Highway anytime other than summer is ill-advised. Indeed, temperatures dropping way below minus 70 degrees Fahrenheit is possible. It’s so cold up there that if the pipeline doesn’t have oil flow it would freeze in short order.

Remember, you won’t have any proper pit stops for miles. You will have to take care of yourself with what you brought with you. A car emergency kit, winter kit, food and water, and two spare tires are essentials for the drive.

The experience is, however, unique. There aren’t lots of places out there that can make you feel so small and insignificant. Indeed, there aren’t numerous locations in the world that seemingly have been ripped from it entirely.

Driving in the untamed nature is only ever possible if you’re an avid off-roading fan. Swinging around while hitting all the potholes couldn’t have ever been so therapeutic.

It also couldn’t have been more dangerous. An untold number of truckers, including drivers with millions of miles of experience, have lost their lives on the treacherous Dalton Highway. (4)