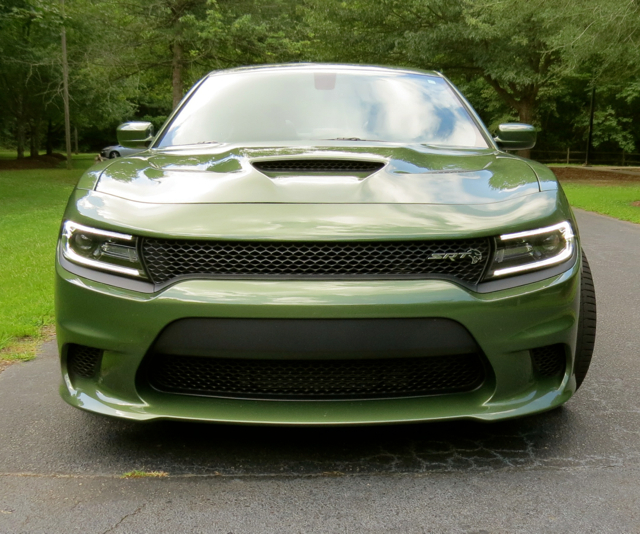 The Dodge Charger needs no introduction, its reputation carefully laid out and established when the sedan rolled out in 2006. Since then, the Charger has undergone numerous updates, including a major redesign in 2011. Today, the Charger is arguably America’s performance sedan, which is topped by a Hellcat model, which is a high-performance variant I recently had the pleasure of driving. The Charger SRT Hellcat like the Challenger SRT Hellcat represents the ultimate of performance for Dodge. But there is also one distinction between the two and that is the available SRT Demon, which powers the Challenger alone. This model makes 808 horsepower (840 with racing fuel) and is a one-and-done model for 2018. Happily (at least for enthusiasts), the 797-horsepower Redeye takes its place for 2019. 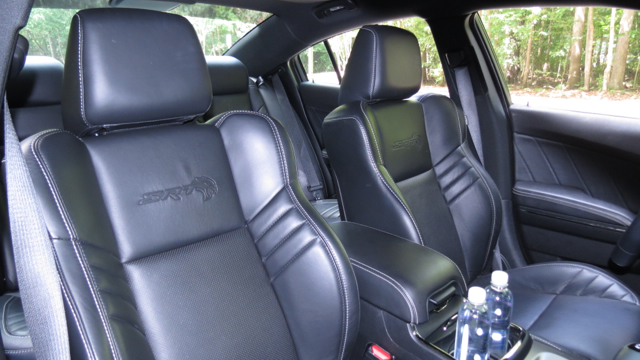 To begin, the grille is new as are the fender badges. It also has a new red IP badge. Optionally, Dodge makes available a new “Matte Vapor” wheel finish; black, orange and gunmetal Brembo Brake calipers; and dual gunmetal grey stripes. My test model had the orange brake calipers, which served as a fitting contrast to the F8 green patina. Inside, an all-new available Demonic Red Laguna Leather interior joins the product line. 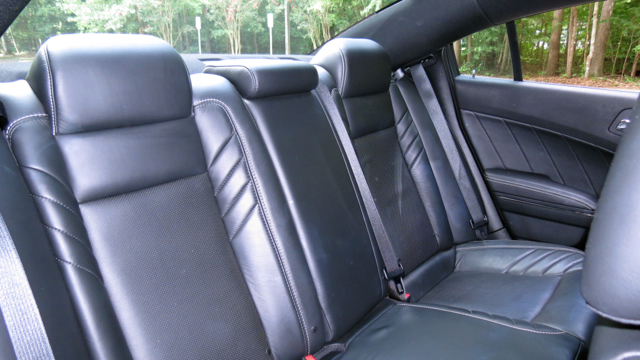 (See Also — The 2018 Dodge Challenger SRT Demon by the Numbers) 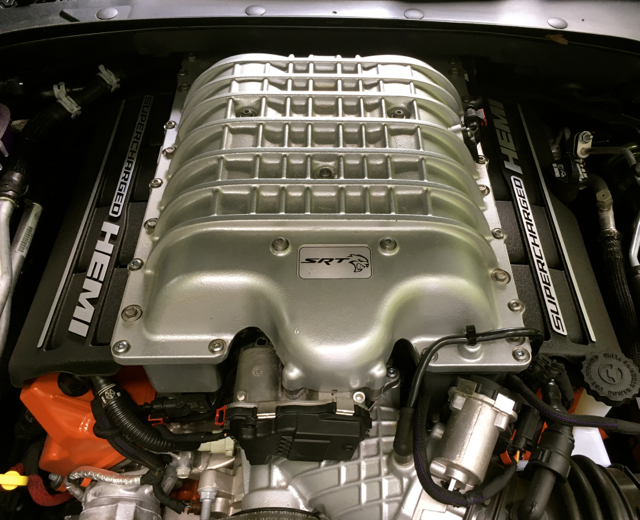 Beyond that, only the Taurus has a turbocharged V6 that matches well against Dodge’s standard Hemi engine. No model, however, has anything that can take on the top-range SRT 392 and Hellcat models. Not even the now-retired Chevrolet SS. And as for the similar Chrysler 300, it gets the 5.7-liter HEMI V8 and nothing more. The Chrysler brand’s market emphasis is on premium features, not performance. 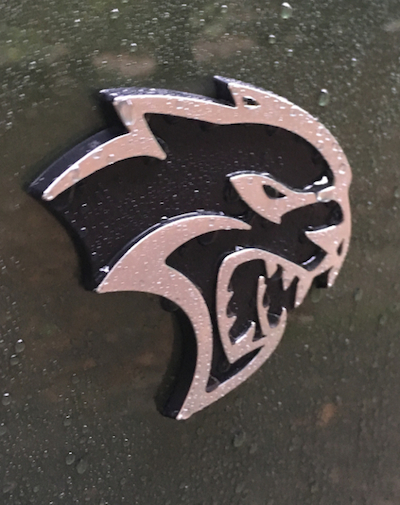 From the onset, the Hellcat shows that it is no ordinary model. In what may be just as much as a marketing ploy as a safety feature, Dodge delivers two different key fobs with each model. The black one limits performance to 500 horsepower. The red one serves up the full 707. Happily, Dodge supplied the red one for my driving enjoyment. Oh, as an aside here, if you have both the black and red key fobs present in your vehicle, the red one rules.

Pull away from a stop and the SRT Hellcat is ready to romp and stomp. It is a large sedan that is for certain, but with all that power at the ready, it moves with authority. I like weighted steering and this Dodge’s steering wheel is as heavy as they come. But it isn’t annoyingly heavy. Rather, it imbues confidence — as if the weight serves as a connection to the road. And it does.

Another caution here is the power on tap can surprise the novice. Count me among the newbies who hadn’t driven a Hellcat previously. The moment after receiving the red key fob, my wife and I headed to the store. As we pulled away from our first traffic light, the Hellcat fish-tailed before righting itself. And that was without heavy foot action on my part.

The Hellcat is a beast and you’ll be able to gauge that for yourself if you’re able to take it on back country roads where neither fuzz nor fowl alight. This over-the-top sedan yowls and leaps as it plunges down the road. An adrenaline rush awaits…if you have a delicate heart, then take much caution here. Give the launch control a try — it counts down from 5 and begs you to improve your numbers. 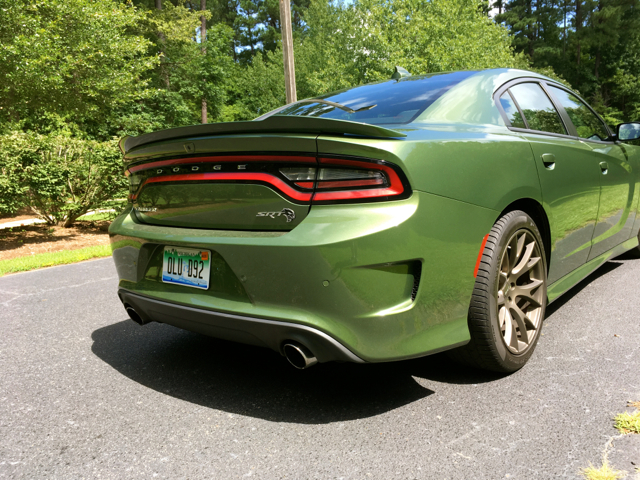