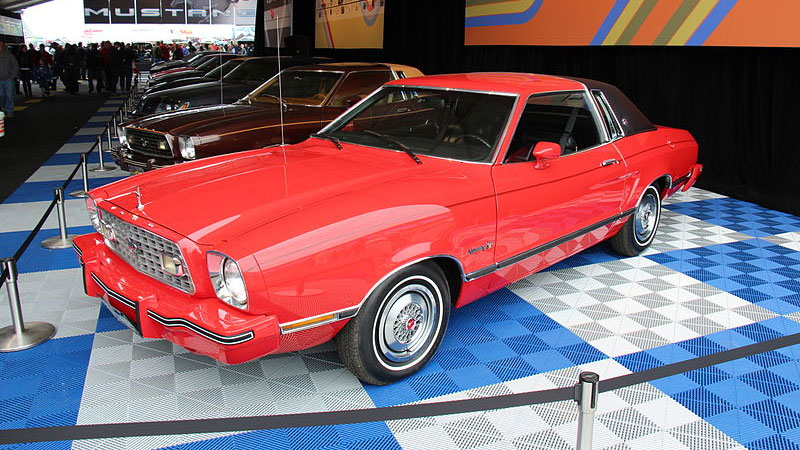 Not every Mustang was a superstar.

The Ford Mustang II is a bit of an odd bird when it comes to sports cars. Based on its brand name, it’s technically labeled a muscle car. However, its interior parts and lackluster engine make this classification dubious. While highly regarded in its heyday, it’s not a favorite with collectors.

This model is a product of its times. Up until the 1970s, oil prices were extremely low in the United States. This fueled the muscle car industry, and the late 1960s and early 1970s were the Golden Era for these classic vehicles. Manufacturers made bigger sports cars with big-block engines that roared when they came to life.

Unfortunately, those big engines guzzled gas like there was no tomorrow. What happened next shows how the development of the auto industry ultimately depends on the economy. In 1973, there was a severe oil crisis. There wasn’t enough gas available to go around, and prices soared.

The working man, who up until this point could afford to purchase a muscle car, now couldn’t afford to drive one. Companies scrambled to scrap their future pony car plans in exchange for smaller, lighter cars. The Mustang II was Ford’s effort to present a more fuel-efficient option. 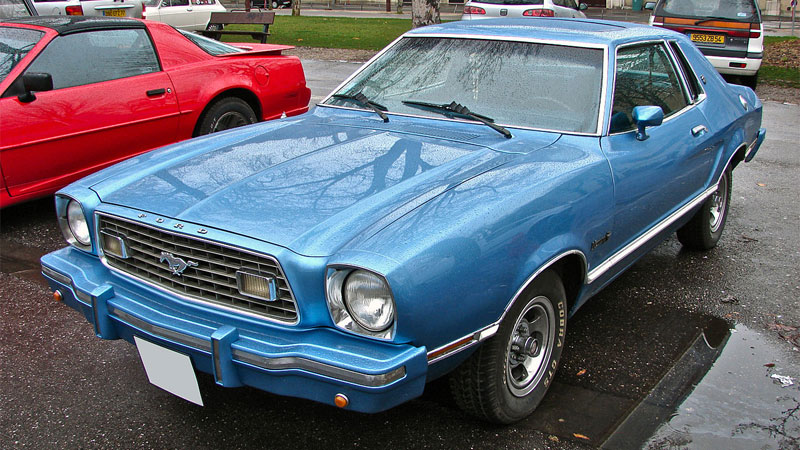 Produced from 1974 to 1978, there is little this car has in common with previous models. In fact, the vehicles were so different that this was the first generation split in the Mustang. All cars produced before 1974 are first-generation, while those made until 1978 earn the second generation label.

The biggest outward change is in the body style. Unlike the previous models based on the design of the Falcon, this one uses the smaller Pinto as its base.

Not only did the compact Pinto base make the interior of the car tiny, but the changes also affected the engine. For true muscle car enthusiasts, the engine is the lifeblood of the vehicle. Former model years used big engines, starting at the 289 cubic-inch V6 and eventually ending up at the 428 Cobra Jet V8.

The 1974 version of the Mustang II came standard with a 140 cubic inch or 2.3-liter engine that produced 88 horsepower. Customers who wanted something stronger could upgrade to the 171 cubic inch or 2.6-liter V6 engine for 105 horsepower.

For the 1974 model year, there was no V8 option and measured against the previous model years, these engines just seemed pathetic. Ford, though, did rectify some of the Mustang II’s shortcomings later, including adding a V8 option beginning in 1975.

In 1974, the public praised this car. It earned the Motor Trend Car of the Year award for its exceptional redesign. Reviewers stated that it was a return to rationality from the muscle car days.

It gave the public what it needed at the time: a car that was high in fuel economy but low in power. Concerns over power or performance simply did not matter. What mattered, at least to Ford, was that it sold 1.1 million copies over its five-year run.

A contemporary view of this model presents a different picture. This vehicle is essentially the antithesis of everything a Mustang should be.

In fact, after its introductory year, as the oil crisis started to fade away, customers started turning away from the brand. This is largely due to the unexceptional design of the car and the poor engine performance. It was a trend that continued until the late 1980s.

Looking back, the Ford Mustang II stands at a pivotal point in the auto industry. Indeed, it represents the death of the muscle car, at least for that era.

In its place, customers got a subcompact vehicle with better fuel economy. While popular during its time, it earns little praise now and rarely receives any mention from hardcore enthusiasts.