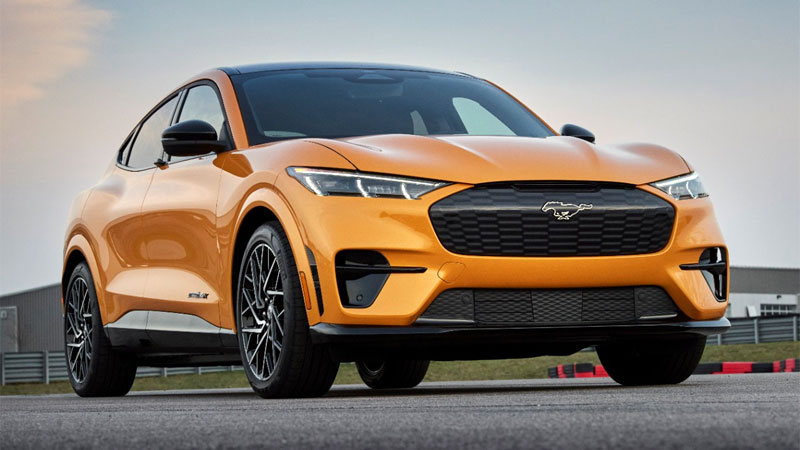 A pending recall for the Ford Mustang Mach-E.

This week, the Ford Motor Company ordered dealers to stop selling the Ford Mustang Mach-E electric vehicle. The order follows the recognition that a safety defect might make cars immobile. Currently, 49,000 vehicles are covered and will likely face a recall.

A CNBC report on Tuesday noted the potential safety defect that might cause some vehicles to become immovable. Ford’s instructions cover 2021 and 2022 model year vehicles built from May 2020 to May 2022 at the company’s Mexican plant in Cuautitian. That’s nearly half the models manufactured at the plant during that timeframe.

CNBC says that Ford dealers were alerted to the problem on Monday and were told that the battery’s main high voltage connectors could overheat, rendering affected vehicles motionless. The problem may occur when the vehicle is off, making it impossible to move forward.

Just as easily, it can also happen when the Mach-E is traveling, thereby causing an abrupt loss of power while on the road.

Ford already forwarded a recall petition to the National Highway Traffic Safety Administration (NHTSA) following news of the problem. Moreover, the company has contacted some owners directly to alert them to the issue.

As for a remedy, the automaker expects one in the July to September quarter. Likely, it will involve an over-the-air update that owners can perform themselves or through a visit to their Ford dealer.

Ford’s proactive response should trigger a quick solution. Nevertheless, some owners may be without their vehicles until a solution is provided. The automaker hasn’t said if loaner vehicles will be offered during this time. Check with your Ford dealer to learn more.

About the Ford Mustang Mach-E

Despite the pending recall, the Mach-E is a proven success for Ford. The company ruffled feathers by assigning it with the Mustang name, but that move hasn’t hurt sales. Moreover, its lines are not far removed from the Mustang coupe, giving the company a style maker in an emerging and competitive segment.

In some ways, the Mach-E paved the way for Ford to produce the F-150 Lightning, an all-electric version of its popular full-size pickup truck. The Lightning does not stray far from the styling points of the F-150, giving consumers a familiar canvas on an all-electric platform.

Recalls seem like the norm these days, especially with tens of millions of open recalls due to the Takata airbag issue. Owners should check with their dealers or enter their vehicle identification number on the NHTSA recall page.

Outstanding recalls are listed, but it won’t include recalls that have yet to be filed, including for the Mustang Mach-E.

Another pending Ford recall involves the Ford Bronco SUV. This one covers 2021 model year vehicles where owners have reported catastrophic engine failure for the 2.7-liter twin-turbocharged V6. More than 50,000 models are affected and the NHTSA is investigating.