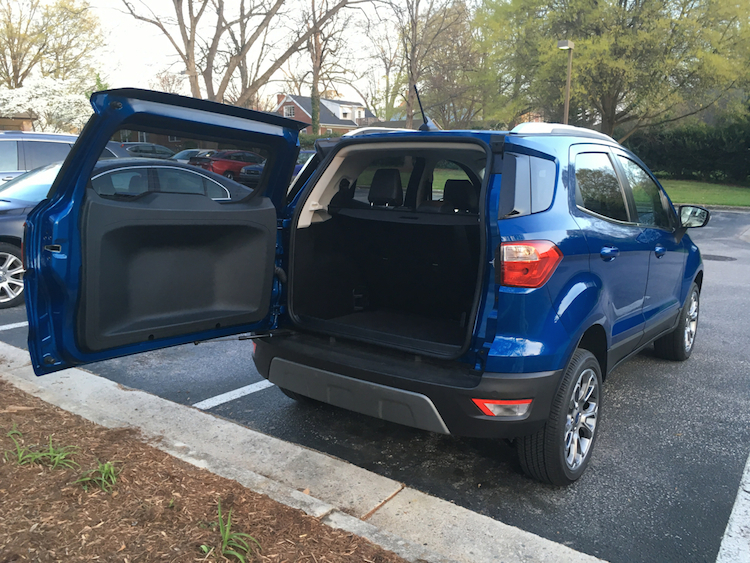 The Ford Motor Company is discontinuing the EcoSport, its smallest crossover utility vehicle.

Built in India and introduced to the U.S. market in late 2017, the little SUV goes away as the automaker winds down its Indian manufacturing arm. The EcoSport is also built in Romania for the European market, but Ford won’t reallocate production for the U.S.

Canceling the EcoSport follows on the heels of Ford’s September 9 announcement that it was restructuring its Indian operations. Specifically, the automaker says it plans to “significantly expand its 11,000-employee business solution” department to support the company globally.

On the other hand, the company will cease manufacturing vehicles for sale in India right away. This means that Ford will manufacture vehicles for export into the second quarter of 2022. As a result, the country’s lone Ford vehicle for export, the EcoSport, will not be available after the 2022 model year.

Ford also says the company will import select models, such as the Mustang and eventually the Mustang Mach-E. Still, the company’s presence will become a mere token there, even as manufacturers such as Hyundai find enormous success.

The EcoSport has never been a strong seller for Ford, although annual sales have topped 60,000 units twice since its stateside introduction. Competition is fierce with such models as the Honda HR-V, Chevrolet Trax, and Kia Seltos battling it out.

With the EcoSport out of the way, the Ford Escape once again becomes the entry-level model in the segment. It is joined by the Ford Bronco Sport.

Losses and the Dissolution of a JV

Ford’s decision follows news that the company has lost more than $2 billion in India over the past decade. Further, the company’s plan to manage a joint venture with Mahindra & Mahindra ended. That arrangement has Mahindra holding 51 percent of the operation and Ford the remaining 49 percent. Moreover, Ford would have transferred control of its two manufacturing plants to the JV. Instead, those plants will soon close.

Critics never endorsed the EcoSport, citing an aged design, a weak base engine, and a cramped interior among the reasons shoppers should look elsewhere. Indeed, the little SUV has always operated at a disadvantage as it arrived late to the segment and it was an older design at that. Moreover, some found it quirky with its side-opening cargo door and base three-cylinder engine. On the other hand, others have praised it for its responsive steering, tight turning radius, and stellar towing capabilities. Notably, when properly equipped, the EcoSport pulls up to 2,000 pounds and that is outstanding for the segment.

We do not have details about the final model year EcoSport yet. Likely, because of the ongoing chip shortage, only small numbers of this crossover will find their way stateside before production begins.

The EcoSport offers a decent amount of standard tech, including a Wi-Fi hotspot. However, on the safety front, it does not match its competitors in the equipment offered.

The Ford EcoSport will likely be soon forgotten, as its imprint on the American market is quite small. Nevertheless, it will leave a hole in Ford’s utility vehicle marketing strategy, something that could be filled by the Puma if the automaker decides to move in that direction.