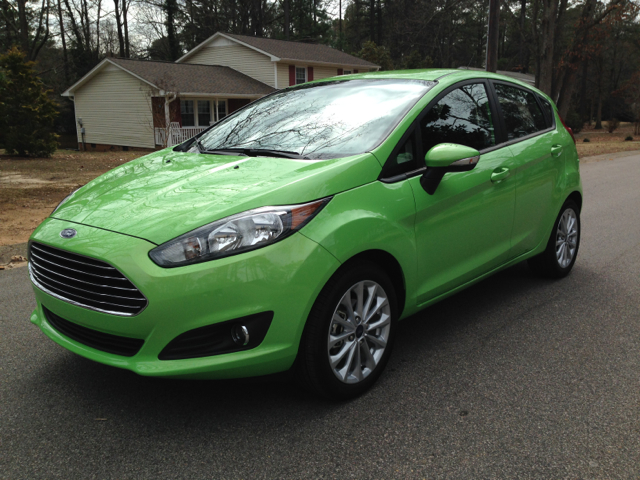 Smallest Ford is big on value and fun.

In 2008, before the US economy nosedived and the American car manufacturing industry nearly folded, the Ford Motor Company announced its One Ford plan. That plan offered a blueprint for sustainability that would completely shift the way that Ford conducted its business.

One Ford had several components including Ford selling most of its vehicles across more markets, including in the United States, which at that time had a paucity of fuel-efficient models to choose from. Six vehicles were promised including the Ford Fiesta, a subcompact model sold briefly stateside from 1978 to 1980, but kept out of the US market for the ensuing three decades.

Demand just wasn’t strong enough to support two small cars with the compact Ford Escort holding sway before giving way to the Focus. American drivers long preferred larger vehicles until fuel prices began to move above $2 per gallon and then stayed above $3 per gallon. Demand soon shifted to smaller cars and Fiesta production shifted to Mexico to meet US demand.

The press fleet loaner vehicle was a 2014 Ford Fiesta SE Hatchback. It was finished in Green Envy Metallic Tricoat, a $595 overlay that was hard to miss. It evoked the expected love/hate responses as I went about my driving business with friends and strangers alike sharing their opinions.

After sharing a photo on Facebook, my California friend Pam Stuc said, I like it; its happy and vibrant!!! Makes me wanna dance! Meanwhile, one neighbor expressed her disapproval by offering up one Blech! the moment she laid eyes on it. As for me, I appreciated the safety green look that stood out on one particularly gray day. Nuff said.

The Fiesta has a lot of competition with most every manufacturer having a model in its segment. Chevrolet has the Sonic, Toyota the Yaris, Honda has its Fit, and Nissan has the Versa sedan and Versa hatchback, two very different models. The Hyundai Accent, Kia Rio, Mazda2, and Mitsubishi Mirage also compete. Each model is front-wheel drive, powered by four-cylinder engines, and EPA rated in the vicinity of 38 mpg. Pricing generally starts out at below $15,000 or less than half the cost of the average new car.

Do you want a bargain? Then look no further. Do you want comfort? You may be surprised what this segment offers.

Indeed, for those wanting to pay for it, a number of amenities not common to the subcompact class are available with the Fiesta. All models come with a basic SYNC infotainment system along with an upgraded voice command; a Bluetooth-enabled system is available. You can also opt for leather-trimmed seats, ambient lighting with seven colors, heated side mirrors, LED parking lights, and a moon roof.

As equipped, the loaner model was priced at $20,325, including $3,480 worth of options. Besides the paint upgrade the Fiesta came with a power shift automatic transmission ($1,095), a navigation system ($795) and a $995 equipment group package that brought in beautiful 16-inch painted aluminum wheels and SYNC with MyFord Touch.

As far as cabins go, you can fit as many as five people inside, but four is the maximum for vehicle comfort. Access to the hatchbacks rear seat is tight with its sloping hood requiring passengers to shift out side ways while ducking the head. Up front, access and egress is easy, with a pair of bucket seats offering good support. Overall, the comments I received from my family is that the seats were comfortable including the rear split folding seat. Never underestimate the importance of seating comfort when shopping for a new car.

Buy a small, inexpensive car and you shouldn’t expect the trappings found in most larger vehicles. For the Ford Fiesta that thinking holds true, except when it isn’t true.

The instrument panel is simple with a pair of analog displays flanking a digital read out for the transmission selector and mileage. The interior is laid out with soft touch materials including plastics and bright work trim, with cloth seats standard. The Fiesta SE has secondary and cruise controls on the steering column and features a small color display on top of the dashboard above the center stack.

Ford had young buyers in mind with the Fiesta as evidenced with the blue ring surrounding the inside of the front cup holders. It serves a dual purpose: it looks cool and it makes finding your drinks in the dark much easier. You can adjust it to six other colors too, what changes the instrument panel lighting and the rear seat center lighting.

On the road, the Ford Fiesta moves with confidence. Yes, the engine is raspy, especially when it is cold, while the six-speed automatic transmission shifted smoothly with very little hesitation noted. Having driven numerous small cars particularly over the past year my expectations include that engine noise intrusion is part of the ownership experience and transmissions are hit or miss: some come equipped with wonky continuously variable transmissions, while an assortment of automatics are also offered.

Electric power steering is the name of the game today, having largely replaced hydraulic steering. The Fiestas EPS has been engineered to improve the subcompacts overall steering feel, while providing very good handling and maneuvering.

Another feature that Ford adds to the Fiesta is torque vectoring control (TVC), what minimizes understeer when cornering. TVC applies braking to the inside wheel and sends more torque to the outside wheel for improved grip. It is a feature that the average driver might not appreciate as much as the Fiesta ST lap-running owner.

Having owned my share of small cars over the past three plus decades, I can tell you that cars like the Fiesta are light years ahead of what was available even a decade ago. Notably, Ford has made big strides by making smaller vehicles that are not only desirable, but fun.

There is nearly 15 cubic feet of rear storage area in the hatchback, expandable to 25.4 cubic feet behind the first row seats. The second row, however, only folds down if the first row seats are moved forward. This isn’t a problem for the average driver, but if you are taller and need the legroom, moving your seat up may be one compromise that you’re just not willing to make.

No car is perfect, but the Ford Fiesta offers a welcome departure from what consumers used to settle for when shopping Ford. And with the Fiesta ST also drawing attention to the model line consumer interest also may spread to the other models.