The size and scope of the North American International Auto Show is often lost upon ordinary visitors. For media folk, the show’s intensity is felt before, during and after the event. Indeed, with manufacturers hosting private reveals on the eve of the show, this two-day media event is actually a three-day event and in some cases longer when private behind-the-scenes interviews and discussions are held post-show.

The second days of the NAIAS had its own share of important news stories. Although the manufacturer portions of the media events were over by noon, the EyesOn Design Awards and the One Show’s Automobile Advertising of the Year Awards were held in the afternoon. Most press people were hurrying to the airport by early afternoon, but for the straggler, the chance to connect with industry movers and shakers remained. 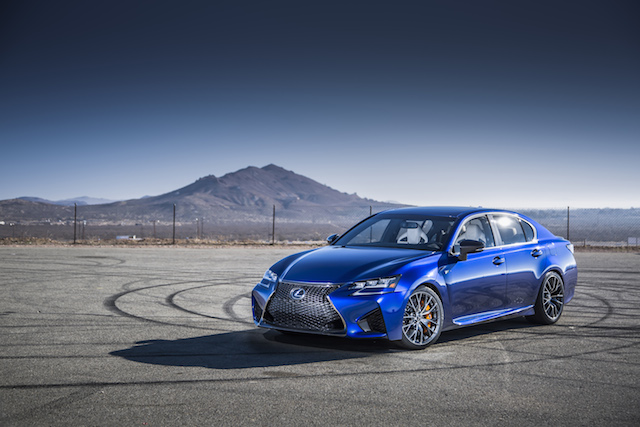 Our last focus on the Detroit auto show is entirely on the key reveals for Tuesday. Among the big, official reveals was the Lexus GS F, a performance model that advances the “F” range.

The rear-wheel drive GS is not the first Lexus sedan to win the F appellation. It joins the IS F sedan and the current RC F coupe. Not to be forgotten is the pinnacle of the F stable: the limited production LFA sports car, a model sated with all the exotic touches you would expect in a super car.

The GS F’s look is familiar, but with a number of important modifications. It features a unique version of Lexus’ trademark hourglass or spindle grille and has large, gaping air vents in the front fascia. Slender LED headlights, signature daytime running lights as well as lower and wider stance help set this F model apart from the GS pack.

Under the hood of the 2016 Lexus GS F is a naturally-aspirated 5.0-liter V-8 engine making 467 horsepower and 389 foot-pounds of torque, redlining at 7,300 rpm. This beefy engine is teamed with an eight-speed automatic transmission with paddle shifters. The 32-valve V-8 automatically switches to the efficient Atkinson cycle under certain conditions.

Aiding handling are 19-inch Michelin Pilot Super Sport tires that are wider at the rear. Its sport-tuned suspension was put through the paces on the Fuji Speedway as well as on the Nürburgring Nordeschleife. This model features 15-inch front rotors available with bright-orange 6-piston calipers. Importantly, Lexus says that the GS F has a significant handling edge to its European rivals as it weighs approximately 300 pounds less. 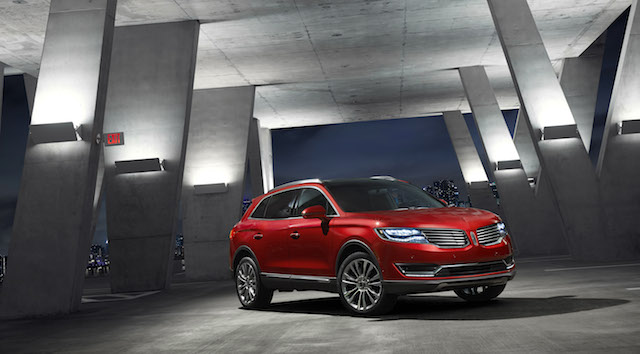 The Ford brand continues to receive the lion’s share of the auto show buzz and who can blame it? After all, when your pickup truck wins the North American Truck of the Year award and you take the wraps off of a new super car, the Ford GT, the blue oval certainly dazzles.

Quietly making its own impression on the market is Ford’s Lincoln luxury brand, the beneficiary of two new models for 2015 — the MKC crossover and Navigator SUV — and for 2016 the next generation of its medium-sized MKX crossover utility vehicle.

Just before the manufacturer segment of the media days came to a close, Lincoln unveiled the 2016 MKX, the latest iteration of its premium model. The new edition enjoys several changes, including the latest interpretation of the marque’s design language, an all-new engine, several technology updates and available 22-way adjustable front seats.

The 2016 MKX also benefits from an integral rear suspension, modifications to the body structure as well as to chassis components. Front-wheel drive is standard; all-wheel drive is available.

Other changes to the Lincoln MKX include an available 360-degree camera, enhanced park assist, and a 19-speaker Revel Ultima audio system. A pair of Black Label packages with four designer themes will also debut. 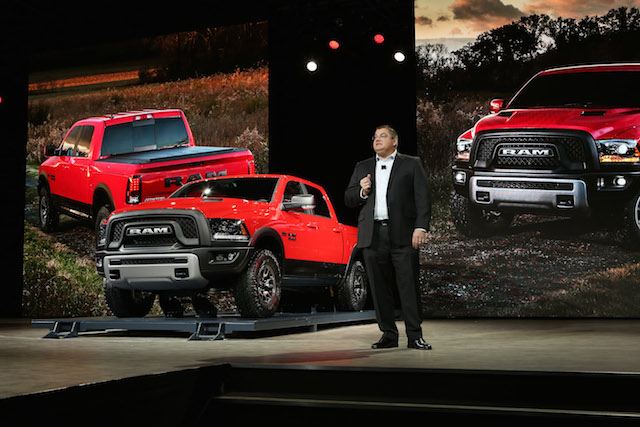 Pickup truck manufacturers are on constant watch for niche markets they can serve. One day after the next generation Ford Raptor made its debut, the Ram 1500 Rebel dropped cover.

The Ram 1500 Rebel will be sold in 4×2 and 4×4 configurations with a 3.6-liter V-6 or 5.7-liter HEMI V-8 engines available. The brand’s trademark side bed storage compartment, RamBox, is also available.

The new Rebel goes on sale during the second half of 2015 and will join nine other Ram truck editions.