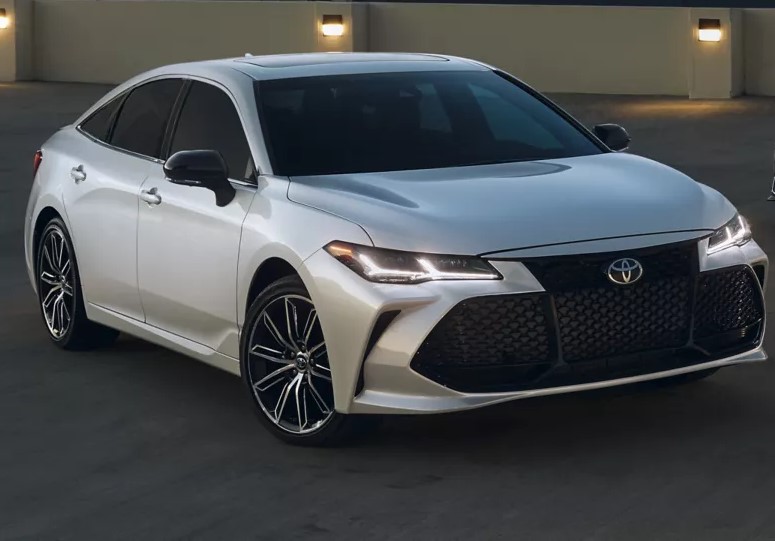 The Toyota Avalon is a large sedan. Introduced in the 1990s, the Avalon has played a significant role in expanding Toyota’s product reach to segments never previously tapped. But like other flagship sedans, the Avalon is on its way out. Indeed, 2022 is the final model year for the Avalon and Avalon Hybrid.

The Avalon is a front-wheel-drive sedan with room for five. Two engine and two transmission choices are available. For 2022, the four-cylinder engine and all-wheel drive choices for the gas model were dropped. Furthermore, the TRD edition is no more.

The Toyota Avalon shares the same platform with the Toyota Camry and several other models. This modular architecture, though, gives its designers and engineers some leeway on the layout and look. Over time, the Avalon looks much less like a longer and fancier Camry, standing on its own accordingly.

In some ways, the Avalon has looked more like a Lexus ES, its mechanical cousin. But that changed in recent years as Toyota imbued the Avalon with a persona all its own. A sporty grille, narrow headlights, and distinct cutouts are apparent. A long greenhouse, flowing profile lines, and a high rear deck are features of note. On top-trim models, the look is more luxurious than mainstream.

Inside, the Avalon is as spacious as you’ll find in this class with no-compromise room for five. All seating positions are comfortable, including the generously padded rear bench seat. There are some hard plastics present in out-of-the-way places with soft-touch materials throughout. Imitation leather seats give way to read hides on some trims along with heating and cooling control.

On the options list are adaptive headlights. Also, customers may choose a surround-view parking camera system, and front and rear parking sensors. The only feature lacking is automatic parking.

Toyota offers a pair of engine choices for the 2022 Avalon. The engines correspond with the gas and hybrid model.

Choose the standard Avalon and this one comes with a 3.5-liter V6 engine generating 301 horsepower and 267 pound-feet of torque. This engine works with an 8-speed automatic transmission to send power to the front wheels. This model makes 22/32/26 mpg city/highway/combined.

The second engine is a 2.5-liter four-cylinder for the Avalon Hybrid. This engine makes 176 horsepower and 163 pound-feet of torque or 205 horsepower and 185 pound-feet of torque under full throttle. Power routes to the front wheels utilizing a continuously variable transmission. By far, the Avalon Hybrid is more efficient, delivering 43/44/44 mpg city/highway/combined.

The Avalon offers a composed ride and a quiet interior. We can thank the fully independent suspension for the former and copious amounts of sound-quieting material for the latter. The steering is nicely weighted and the Avalon holds curves surprisingly well for a FWD model. The retired Touring edition took away the active dampers that came with it, however.

The full-size sedan market is no longer what it once was. The domestics have almost completely left the segment, with models such as the Chevrolet Impala and Ford Taurus gone. The only remaining holdovers are the Dodge Charger and Chrysler 300.

Although not the size of the Avalon, the Nissan Maxima is a competitor. We expect the similar Lexus ES to continue, a model that until recently was a fancy mechanical twin to the Avalon. The Kia Cadenza and Hyundai Azera are two other models that are no more.

Sum and Substance – The modest $950 upcharge for a hybrid makes these models a strong option, especially with the 44 mpg average. The power tradeoff from the V6 is noticeable, but the efficiency may be too hard to pass up in these days of elevated fuel prices.