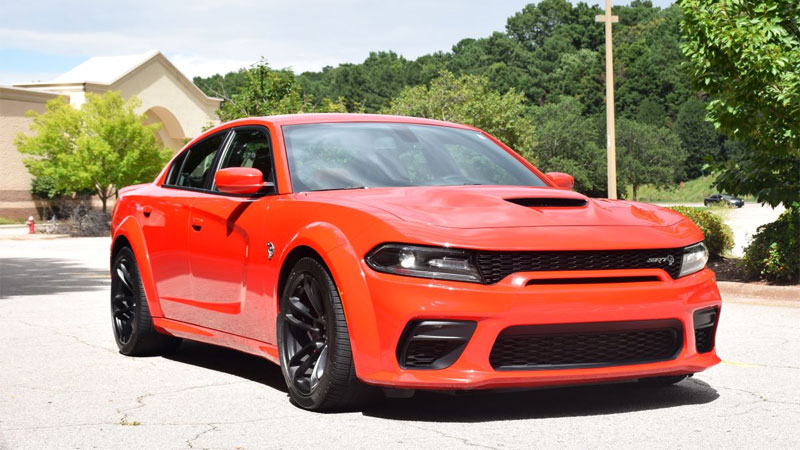 Horsepower and torque are important numbers with the general idea that bigger is better since it makes your car faster. But what precisely do they represent?

Simply put, horsepower and torque are a few figures which can indicate the performance of an engine. Importantly, they actually shouldn’t be taken at face value, and they should always be analyzed. Therefore, let us analyze them individually.

An engine’s torque indicates, with general simplifications, the engine’s pulling power. Specifically, the greater the number, the more can the engine pull or tow. Torque is a force applied on an arm, whatever that arm may be, causing the said arm to spin.

The force is the fuel’s explosion which pushes the piston down, and the arm is the connecting rod journal bearing’s radius on the crankshaft (imagine that the hand in that gif is the piston and that the wrench’s length is that radius I was talking about).

The bigger the radius, the more force it produces. Also bear in mind that when discussing towing weight, it does not necessarily mean a trailer. Indeed, a car’s chassis is also towing weight.

For example, if you have a total gear ratio of 5, a wheel of 15 inches in diameter (we’ll ignore the tire’s sidewall height for simplicity), and engine twist of 100 pound-feet at 2000 rpm, the wheel torque will be 312.5 pound-feet.

This is important since perhaps a car has low engine torque but said force is being multiplied significantly, which causes the smaller number may look worse than it seems. Further, as a general guideline, diesel engines produce copious amounts of torque, since their connecting rods are usually longer than a regular gasoline engine.

Thus, this makes that radius mentioned bigger, producing more torque in the process. For this reason, diesel engines are used for trucks and semi-trucks. They must tow trailers and move them at a decent pace, but not at racing speeds.

Horsepower indicates how fast an engine produces said twist. Torque multiplied by time is power. Simply put, this indicates how fast the engine can tow said weight. Specifically, the faster it can tow that weight, the faster the car is, at least this is usually so. The time in an engine’s case is RPM and high RPMs create more power.

Even if the S2000 has low torque, when it rotates more than twice as fast as a diesel engine, you can expect it to output significant amounts of power.

Horsepower comes with numerous caveats of its own. One of them is the power-to-weight ratio, which people routinely ignore. Remember, the engine develops the power, not the car itself. By tying the weight to the engine, you can see how fast a particular car can tow a ton of weight. Now, let’s consider two examples to prove a small point.

Let us begin by examining a basic Dodge Challenger with its 3.6-liter V6 engine. That car produces 295 horsepower at its highest. The Challenger weighs around 3,800 pounds. Notably, if you divide 295 horsepower by 1.7 tons, you will find a power-to-weight ratio of 174 horsepower/ton.

Now let us consider a Mazda MX-5, which is a much smaller car with a near correspondingly smaller engine. In particular, the ND2 MX-5 with a 2.0-liter four-cylinder engine.

Another caveat is that power and torque are relative. If you are a bit versed with cars, you know that engines have torque and power curves, curves that are based on the engine’s RPM. Therefore, it is paramount to know how that curve looks.

If a power curve is more like a needle, do not expect it to move insanely fast. On the torque side, if you have a car with a high redline, there is a significant chance that you will have little torque at 2000 RPM, while also having little to no power, so the car will feel like a slug at low RPMs.

Finally, there is something worth considering — how do manufacturers find these power and torque ratings?

In the legislative realm, test standards do not forbid manufacturers from using premium gasoline or premium fuels. Thus, the majority of manufacturers tune their cars with the capability of detecting such fuels and adapting the engine to use them.

In doing so, they can use larger compression ratios (since premium gas is more resistant to detonation and knocking) to gain a bit more power, up to 20-30 –horsepower in some cases. Ford is well known for doing this with their line of Ecoboost turbocharged engines, but other manufacturers practice this as well.