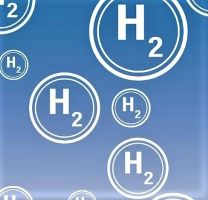 The future of motorized vehicles is highly debated. Most people believe that all-electric vehicles are the future, regardless of their purpose. Others believe that hydrogen is the future, by using Fuel Cell Electric Vehicles, or FCEVs for short.

There are big disadvantages to hydrogen, and some people even have legitimate fears toward the whole concept. Big manufacturers believe in this future, such as Toyota and Hyundai, with the Toyota Mirai or respectively the Hyundai Nexo. Not only that, but quite a few automotive engineers and researchers think wholeheartedly that FCEVs are the future, albeit a distant one.

But, why? Why is hydrogen power the future?

First things first, let’s examine the advantages and disadvantages of hydrogen power and FCEVs when compared to regular electric vehicles. Here’s a list with a bit of explanation for the logic. Starting with the advantages:

Hydrogen is a gas, and gas can be highly pressurized to decrease its volume. Gas is also a fluid, so refueling is very simple and similar to gasoline refueling. Storing gasoline in a tank or storing hydrogen in a tank, in the grand scheme of things isn’t all that different. This translates into lower carrying weight. A tank will weigh a fraction of a fuel-sized battery pack.

Again, hydrogen is fluid, and it flows like a regular old fluid. Refueling a tank of hydrogen will take around the same amount of time as a regular gasoline tank. No need to wait for hours upon hours to recharge the battery pack.

FCEVs or hydrogen burning doesn’t produce noxious fumes and release them through the tailpipe. All that it is outputting is water, thus all the pollution goes into the vehicle’s manufacturing and hydrogen production.

Further, to explain clearly, think of it like this. You are making hydrogen from water, and you are using hydrogen to produce water. The whole process itself is energetically neutral, apart from the fact that you need to produce that hydrogen from water, which needs electricity. If that electricity is green (clean), then the hydrogen is purely green and called “green hydrogen”. Hydrogen can be produced from coal, which isn’t clean at all and doesn’t help the cause whatsoever.

Hydrogen is the most plentiful element in the universe. On our planet, there is a lot of hydrogen around because there’s a lot of water around. And we don’t consume that water, because FCEVs output water.

This means that we can optimize the most polluting vehicles out there, which are tucks and cargo ships. For reference, not even 15-percent of motorized road vehicles are semi-trucks, while they contribute more than 50-percent of the total road pollution. Notably, all the cargo ships in the world are estimated to pollute collectively more than the entire country of Germany.

The all-electric semi-trucks aren’t feasible, regardless of what people want and believe. But the reason for that isn’t the topic of the article. If an electric truck isn’t feasible, then an FCEV semi-truck is surely possible.

Switching semi-trucks from diesel to some kind of electric powertrain is the anti-pollution move. FCEVs resolve the problems that regular EVs have: heavy batteries and long battery recharge times.

However, not everything is sunshine and roses. Hydrogen has its disadvantages, some of which are:

The only way we can reliably create hydrogen is through water electrolysis. To create electricity for FCEV all we do is create water through the reverse process. So, we are using water and electricity to create hydrogen, then create water and electricity using hydrogen. This whole process has an efficiency of around 40-percent and that is not great in the slightest. On the other hand, charging batteries from the get-go has an efficiency of over 90-percent.

Hydrogen is in fact the least dense element around. For reference, to store enough hydrogen to drive 300 miles, you would need around a 200-liter or approximate 53-gallon fuel tank, 5 kg (11 pounds) of Hydrogen stored at 700 bars (10,000 psi). As a result, the tank would be three to four times the size of a regular gasoline tank.

Transporting Hydrogen is a Hassle

Sure, we can create hydrogen and fuel vehicles with hydrogen. However, how do we get hydrogen over there? Well, by using a regular semi-truck. And that is not a particularly great option.

The hydrogen also needs to be stored to the same pressures, while also not having the ability to transport a huge amount at a time because, remember, hydrogen isn’t that dense.

Not many countries sell or offer hydrogen in their gas stations. Not a lot of hydrogen is produced, to begin with. The only major markets are in Japan, California, and Germany. Until the market develops a bit, there isn’t a huge economical incentive to market such vehicles, so there won’t be many for a while.

Risk of Fire and Explosion

This is an issue that both fossil fuels and lithium-ion batteries have. If hydrogen is outputted in a fire or ignited via a spark, it will cause a fire or explode. There are usually safety measures, which cause the hydrogen to simply be released into the atmosphere without issues. The risks are similar to most fuels out there, but not having them removed is still a disadvantage.

Now you know the FCEV’s advantages and disadvantages, but you might ask: how do they even work? Well, here’s how.

Let’s start with the hydrogen itself. As I stated briefly above, hydrogen is produced by using the electrolysis of water. This is explained briefly but thoroughly as such: by applying a current to the water, the water molecule decomposes into oxygen and hydrogen. This is done because that electricity is enough of a push to produce a decomposition reaction that naturally wouldn’t occur.

Water is held together via chemistry and wants to do so naturally. If you apply a current strong enough to break that “chemical bond” the water will be broken down into its components. This electricity can be made by using green electricity, from solar panels or windmills, or by coal burning. Currently, most hydrogen is produced by steam reforming of natural gas, or more precisely methane. Methane combined with water under high heat produces hydrogen and carbon oxide.

Hydrogen produced this way is classified as “grey” if said carbon oxide is released in the atmosphere, or blue if it’s captured and stored. Methane pyrolysis can also be used. Think of pyrolysis as electrolysis, but instead of electricity you use high amounts of heat. This process is classified as “turquoise” because the output is pure industrial-grade carbon, which can be used and doesn’t pollute.

Now, all’s good concerning a basic principle of how they operate. The second question is: who even makes them nowadays?

The manufacturers who produce them to this day and which have some success doing so are Toyota, Hyundai, and Honda. The models are the Mirai, which got upgraded to its second generation for Toyota, and the Nexo for Hyundai. The Nexo is quite recent, and before it, the Hyundai ix35/Tucson had a hydrogen alternative which was released in 2013, which was again predated by the Hyundai Santa Fe FCEV back in 2001. Honda joined the game in 2008 with the Honda Clarity, which was updated to its second iteration in 2016, similar to the Mirai.

Many manufacturers bet strongly on FCEVs for semi-trucks. For example, Hyundai has its XCINET program, which aims to bring 1,600 FCEV semi-trucks in Switzerland by 2025. Mercedes-Benz has a prototype FCEV truck, nicknamed the GenH2 Truck. It was unveiled in 2020, prototypes will enter trials in 2023 and they are expected to be sold to customers in 2027. They are testing the GenH2 truck with the same standard that the regular Actros were tested with.

Importantly, Mercedes-Benz plans on using liquid hydrogen, not gaseous hydrogen due to the extra energy density it has in its liquid form. Volvo helps Mercedes with this program. Notably, they are taking 50-percent of the stake and producing the truck together.

But back to the regular cars. These are sold in Japan because their hydrogen infrastructure is quite developed over there, while also being sold in California and Germany. The California region is under development as far as its hydrogen network is concerned, estimating that by 2022 there will be 100 hydrogen fuel stations across the region. Germany invested billions of dollars in its hydrogen infrastructure because they consider hydrogen to be a multi-purpose energy carrier. Along with the development of the whole hydrogen European market Germany hopes to capitalize on this market. Only “blue” or “turquoise” hydrogen, or more precisely CO2-neutral hydrogen will be sold. In Japan, there are over 130 hydrogen refueling stations at this time, with huge plans to develop the network even further.

All this sounds very futuristic, doesn’t it? Well, they are available right now, albeit limited. They are available only in those three areas. When a hydrogen network will be developed for a specific country, Toyota and Hyundai will surely bring their cars to them. They are available either by buying them or only by leasing them as it is in the Honda Clarity’s case.

Do they have a future? Well, if people start following the movement, then governments may invest more into this technology. If so, then hydrogen will surely have a bright future.

The Importance of FCEVs

Hydrogen vehicles are very important right now. They are the only viable means of cutting the pollution level of semi-trucks reliably. Driving across the entirety of California in an EV semi-truck carrying a full trailer of tomatoes is easier with a tank of hydrogen compared to also hauling a trailer full of batteries and waiting a day for them to charge at the halfway point.

Hydrogen, when used, doesn’t produce any pollution, just regular old water. The Nexo can clean the air around it. For instance, this model filters the surrounding air of fine particulates, such as those produced by petrol and diesel engines. As such, they produce water and cleaner air. The only issue is hydrogen production. Hydrogen can be produced via coals (which doesn’t help) or it can be produced entirely by green energy, which is the final goal.

Will hydrogen play a role going forward? In my eyes, as an automotive engineer who heard other automotive engineers with decades of experience who share the same opinion, the answer is yes. It will play a huge role going forward. This is the only viable way to neutralize the pollution of semi-trucks and possibly cargo ships, due to the higher energy density, not as good as fossil fuels, but 8 to 14 times as light as lithium-ion batteries. Without the development of hydrogen, the future of transportation, not only of cars, is shabby.