It happens. You purchase a new car and wonder if there is a tax break or incentive offered. Here on Auto Trends, we are frequently asked if certain vehicles qualify for a tax rebate or a tax credit, including hybrid electric vehicles.

Federal tax incentives are offered and do include a select group of hybrids, namely of the plug-in hybrid electric vehicle kind. A federal tax credit of up to $3,400 was previously available for standard hybrid models such as the Toyota Prius, Honda Insight and the Ford Fusion Hybrid, but those tax breaks were phased out and eliminated after December 31, 2010.

Today’s tax breaks for fuel efficient vehicles cover plug-in hybrid electric vehicles (PHEVs) and battery electric vehicles (BEVs). A full credit of $7,500 is offered, but that amount can come in lower based on a vehicle’s battery charging capacity.

For BEVs, that means a $7,500 vehicle credit. For PHEVs, the amount varies although the first PHEV, the Chevrolet Volt, can garner a $7,500 tax credit for buyers.

To understand how the IRS determines the credit, a read up on the Plug-In Electric Drive Vehicle Credit (IRC 30D) is necessary. Specifically, the current law covers those vehicles acquired after Dec. 31, 2009. The IRS states that, “the credit is equal to $2,500 plus, for a vehicle which draws propulsion energy from a battery with at least 5 kilowatt hours of capacity, $417, plus an additional $417 for each kilowatt hour of battery capacity in excess of 5 kilowatt hours. The total amount of the credit allowed for a vehicle is limited to $7,500.”

Fortunately, the EPA publishes tax credit information on its website revealing that there are (as of publication) few cars that currently qualify. And, of those vehicles listed, the tax credit ranges from the base $2,500 to the maximum $7,500.

Buyers of the Chevrolet Volt and Fisker Karma score a $7,500 tax credit while the incentive for Toyota Prius PHEV buyers is $2,500. The only other two models qualifying for a tax break are the Ford C-MAX Energi and the Ford Fusion Energi. Buyers of those vehicles can receive a tax break of up to $3,751. 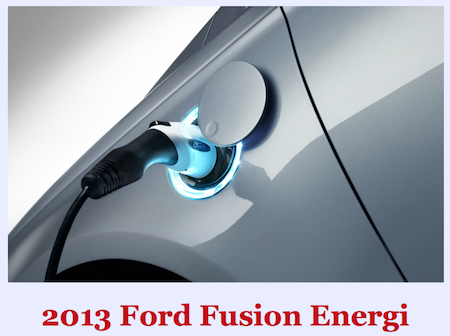 You should also know that the incentive for qualifying vehicles is a tax credit. A tax credit reduces your tax balance due while a tax rebate gives you money back regardless of whether you owe money or not.

So, if you owe the IRS $8,000 this year and bought a Chevrolet Volt, you will send the IRS $500 ($8,000 minus the $7,500 credit = $500) at tax time. If you owe the IRS less than the tax credit, the balance of the credit rolls over to the next tax year. You will need to fill out IRS Form 8834 — Qualified Plug-In Electric and Electric Vehicle Credit — and attach it to your tax return to receive the credit.

Besides federal help, taxpayers in some states may qualify for additional incentives. In California, tax breaksfor fuel-efficient vehicles include both categories mentioned here plus fuel-cell electric vehicles.

Incentives and other tax breaks for your area are listed on the Plug In America website.