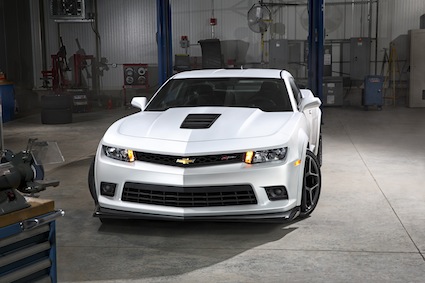 In the nearly 120-year history of building cars in the United States, the Chevrolet name has stood above every brand for most years. Yes, the Ford brand launched first, but it did not take Chevrolet long to establish itself as the best-selling car manufacturer in America.

But the market has changed, especially in recent years, as demand for crossovers and trucks shot up at the expense of car models. Every manufacturer is or has dropped at least one car line, with the domestics leading the charge. Chevrolet may soon find itself without a single car model outside of the Corvette, which would have been unthinkable as recently as five years ago.

This week, we learned that Chevrolet already ended production for the 2022 Malibu, its midsize sedan. Last updated in 2016, Malibu has outlasted domestic competitors such as the Ford Fusion and Chrysler 200. Some have speculated that the Malibu has a few years left before its likely replacement, an electric vehicle appears. But with production ending early for 2022, there is a chance we have seen the last of this once-popular four-door model.

If the Malibu disappears, it would follow the announcement early this week that the Chevrolet Spark microcar itself will see production end this August. Other Chevrolet car models canceled within recent years include the subcompact Sonic, the compact Cruze, and the full-size Impala.

The Future of the Chevrolet Camaro

We still have the Camaro in the fold, but its long-term prognosis is not good. Indeed, this Chevrolet coupe and convertible are now outsold by the Dodge Challenger and Ford Mustang. But none of the three are prospering in a slumping segment.

Our internal records show the Camaro’s replacement appearing in 2024. That means we will see one more year for the current-generation model. But what may come after this could be an entirely different vehicle, perhaps an electric coupe powered by GM’s Ultium batteries. Further, there is a chance the model will resemble the Ford Mustang Mach-E, which is a crossover EV with a coupe-like persona.

Yes, Camaro fans would be aghast with a model that is nothing like the one currently bearing that name. We are not saying that this is likely, but Chevrolet’s lack of commitment to car models is at least somewhat disconcerting, though not surprising.

If the Camaro is threatened, what about the Corvette? We can unequivocally say that the Corvette’s future is assured, thanks in part to a stunning new model as well as fresh global markets for this true-blue American sports car.

The Corvette name also transcends Chevrolet and is on equal footing with Cadillac in GM’s eyes. This is an accurate assessment as the former represents the ultimate in performance, with the latter GM’s de facto luxury brand. If somehow Chevrolet dried up and disappeared, we would still have the brand’s halo model to consider.

Besides strong demand for crossover and pickup trucks, consumers should know that GM is “all in” on electrification. And not simply hybrids and plug-in hybrids, but full-electric vehicles like the GMC Hummer EV and the Cadillac Lyriq. The Chevrolet Bolt is a full-electric model too, but it represents earlier technology. With GM pouring tens of billions of dollars into its Ultium battery system and platform, the Bolt itself may find itself canceled.

In all, it is a new day for Chevrolet as well as for the entire industry writ large. Most manufacturers announced huge financial commitments to electrify, therefore the kinds of generators used as well as the body styles offered will most certainly be affected.

See Also — Lights Out on the Chevrolet Spark