Fuel prices are continuing to fall, dropping below $2.50 per gallon for regular grade gasoline in some areas. That’s just the kind of move that has some shoppers looking at larger and less efficient vehicles, perhaps advancing certain auto trends not yet foreseen. The drop in fuel prices, expected to last for several years, won’t stop car manufacturers from innovating, however. Instead, there are a number of changes underfoot that will continue even if gas prices continue to trend downward. 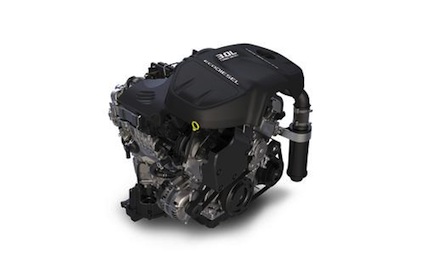 Of all the major manufacturers, the Chrysler Group has the heaviest exposure to larger vehicles. That’s good for profits, but it is bad in helping the company reach mandated corporate average fuel economy (CAFE) ratings. The problem becomes magnified in each succeeding year up to 2025, when manufacturers must find a way to produce and sell passenger vehicles averaging 54.5 miles per gallon.

Chrysler needs to move away from V-8 engines or at least offer powerful, smaller engines that can step in as well. At present it has a pair of V-6 engines that are likely to play a much larger role in helping Chrysler reach its goals. Specifically, Pentastar family engines displacing at 3.2 and 3.6 liters will receive important innovations.

Those upgrades will bring in a host of technologies such as turbocharging and direct injection notes AllPar.com. Ford makes use of these technologies in its EcoBoost engines, enabling it to provide smaller and more efficient engines with no loss in overall power. Currently, both Pentastar engines are naturally aspirated; making new technologies available will mean supplementing its current V-8 line of HEMI engines. Eventually, those larger engines might be dropped as the CAFE mandates are raised. Toyota pairs its 1.8-liter engine with a CVT.

Just as Toyota added a continuously variable transmission (CVT) to the Corolla line beginning in 2014 and has enjoyed a nice boost in fuel economy, Ford may do likewise with some of its own models reports Automotive News. Much attention has been directed Ford’s way with the upcoming release of 9- and 10-speed transmissions. Those transmissions, however, will be paired with its larger engines.

A CVT could find its way in such cars as the Ford Focus and Fiesta. Certain versions of those models already get at least 40 mpg on the highway and a CVT could advance those numbers. CVT technology has been used by Nissan for more than 20 years, but other automakers have had mixed results, in part because of consumer hesitancy.

For instance, CVTs don’t use gear points as do standard automatic transmissions and cause a rubber band effect when pressing on the accelerator that returns a pulling sensation. Engines tend to sound louder and the resultant transmission lag annoys some people. Toyota has found a way to limit that sensation and that could be something Ford has figured out too.

As gas prices fall, diesel prices drop too. Still, diesel fuel now carries a mark up of about 20 percent even as such engines are 30 to 35 percent more fuel efficient than comparable gas engines. 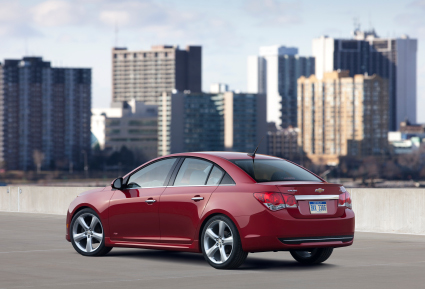 GM continues to use diesels in smaller vehicles including Cruze.

GM has long been committed to diesels with its heavy-duty pickup trucks. It also offers a diesel variant for the Chevrolet Cruze. Come 2015 and you will see an expanded diesel application in its midsize pickup trucks — Chevrolet Colorado and GMC Canyon. But it may not stop there.

Indeed, ever since the Ram 1500 received a 3.0-liter six cylinder diesel option, competing automakers have been studying doing likewise. GM, along with its Isuzu partner, jointly manage DMAX — a company that produces the 6.6-liter turbo diesel V-8 engine found in heavy-duty Chevrolet and GMC pickup trucks. A 2.8-liter turbo diesel four will power the midsize trucks; a 2.5-liter turbo diesel four is available in other markets, such as in Thailand.

What GM needs is a V-6 diesel motor and it once has access to one when it shared ownership of VM Motori with Fiat. In Oct. 2013, Fiat acquired GM’s 50 percent share in the company, effectively shutting GM out of the market. Still, GM likely has a V-6 turbo diesel on its drawing board, perhaps based on the smaller fours and measuring about 3.8 liters. Expect GM to green light production if diesel demand increases, but perhaps not until fuel prices are raised across the board again.

Although engines and transmissions will play a significant role in improving fuel economy, further innovations will come through vehicle lightweighting. We’re seeing some of that right now in the aluminum-bodied 2015 Ford F-150. Ford’s competitors — domestic and foreign — are responding by choosing high-strength, but lighter weight steel, carbon fiber and are pursuing other fuel saving initiatives. These efforts will continue even as uel prices are sinking, what is likely to prove a temporary pull back as automakers prepare for much higher CAFE standards.