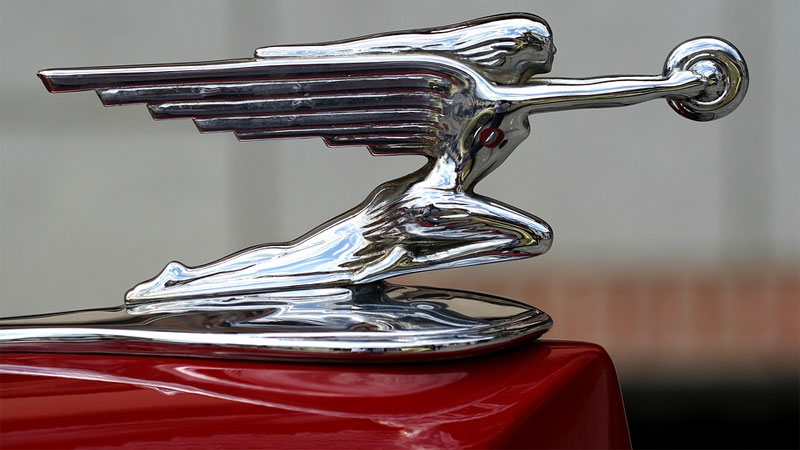 Packard is no longer a household name, but as recently as the 1950s it was. The automobile company, founded in 1899, earned a sterling reputation as a luxury carmaker and was for a time a solid competitor to Cadillac.

From the second half of the 1920s until the early 1940s, the Packard marque was at its peak in sales and styling. After the Second World War, the company found it increasingly difficult to compete.

Cash problems, a merger with Studebaker, and a questionable styling direction doomed the company. The last true Packard was built in 1956 although for two more years Studebaker-badged models were also available.

Packard was the first manufacturer to build cars in Detroit thanks to its massive plant on East Grand Boulevard. Spanning 40 acres and dozens of buildings, the plant offers a demonstration of the early use of reinforced concrete, when Building No. 10 opened in 1906.

For nearly 50 years the plant was a beacon in the Motor City, but soon the company began to fade, and the plant closed.

It has been approximately 65 years since Packards were constructed, but the original manufacturing complex still stands. Talk of a revival of the nameplate or repurposing of the property has kept hope alive that the iconic facility would once again brighten the city. Instead, it continues as a blight, one that will soon be demolished as ordered by a Wayne County (Mi.) judge.

The judge set a 90-day deadline for cleaning out the property with that cost expected to top $10 million. Judge Sullivan said the property was a “public nuisance” and gave Palazuelo until April 21 to secure the demolition permits. If Palazeulo fails to comply, the city can complete the work and charge the businessman accordingly.

Palazuelo purchased the property in 2013 with the intent to convert it into a mixed-use development with commercial, residential, and cultural improvements. His proposed $350 million redevelopment was delayed due in part to a lack of financing. The businessman has not yet explained how or if he will comply with the judicial order.

With the plant’s demolition looming, historians are looking fondly at its history. When Building No. 10 was planned, designer Albert Kahn was given the project. He designed it utilizing reinforced concrete, a first for an industrial building anywhere.

Its L-shape and near column-less interior were unusual for that time. Large windows supplied ample natural lighting, offering a stark contrast to earlier designs.

With the automobile industry in its infancy and customer demand surging, Packard soon had thousands of employees on hand to manage every facet of car development and production.

At its zenith, the facility covered 3.5 million square feet and accommodated up to 40,000 people. It was a city within a city, thus its decline ultimately paralleled Detroit’s fall from prominence.

After the Packard plant closed, the property changed hands and was utilized as a storage facility until the 1990s. Later, it became the secret place for underground raves. It also turned out to be the favorite dumping ground for refrigerators, stoves, and other household items that never made it to the dump.

Packard is long gone and soon the plant that once defined the city will go with it. The U.S. auto industry is far less reliant on one location than it once was, with domestic and foreign manufacturers headquartered across the country, and numerous manufacturing plants in the Sunbelt and beyond.

Tesla, Rivian, Lucid, and Karma have replaced Packard, Pierce-Arrow, Studebaker, and AMC. The industry has changed, buildings come and go, and even the conveyances have undergone a radical transformation.