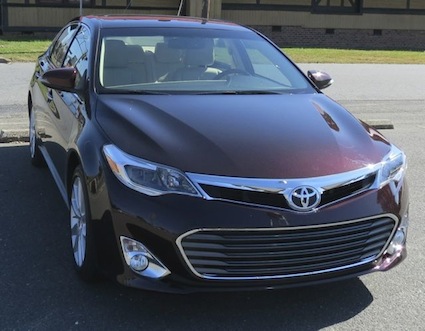 For the fourth consecutive year the Ford Motor Company has finished on top of the Polk Automotive Loyalty Awards as presented by IHS Automotive at the Automotive News World Congress in Detroit this week. Polk recognized 33 winner across a variety of categories including eight featured categories and 25 segment-level automotive loyalty categories.

Polk measures loyalty by determining when a household returns to the market to buy a new vehicle. When the household purchases or leases a new vehicle of the same model or make, then its loyalty to the company or brand is confirmed. For the 2013 model year, 7.4 million consumers returned to the market, up sharply from 5.9 million in 2012 for a 26 percent increase.

Three manufacturers General Motors, Toyota and Ford accounted for half of the total return-to-market population. And as has been the case since 2010, the Ford Motor Company led everyone. Moreover, the Ford brand itself outperformed its competitors meaning that Ford owners were more likely to return to Ford than Toyota owners were to go back to Toyota and so forth.

Six manufacturers rounded out the remaining spots including the Ford F-150 for the non-luxury full-size half-ton pickup segment, the Kia Sorento took the non-luxury mid-size CUV award, and the Hyundai Veloster finished atop the non-luxury sport car segment. For the luxury full-size SUV segment, the Land Rover Range Rover enjoyed the greatest customer loyalty. Among luxury exotic cars, the McLaren MP4 finished first and for the luxury prestige full-size car segment it was the Rolls-Royce Phantom that took top honors.

Customer loyalty is a big deal to manufacturers who strive to retain buyers as they reenter the market. Overall brand loyalty was 51 percent in 2013, up from 50 percent the year before. That also means that 49 percent of buyers bolted for another brand. So, manufacturers that successfully attract and retain buyers will enjoy not only improved sales, but the profits that come with them.