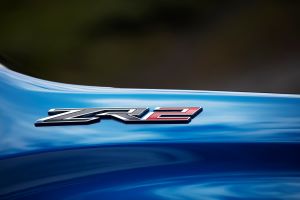 When the current-generation Chevrolet Silverado rolled out in 2019, it did not do much to move the needle. Style changes, an expanded engine range, and a few tech updates were not sufficient.

Meanwhile, subsequent new versions of the Ford F-150 and Ram 1500 provided further separation in the segment. In particular, the Ram received plaudits for its effusive styling and polished interior. It also replaced the Silverado as the second-best-selling model in the segment behind the perennial F-150.

As expected, Chevrolet’s response is a mid-cycle update, a strong one at that. To begin, a four-wheel-drive-only ZR2 trim rolls out, already a popular off-road variant on the midsize Chevrolet Colorado model. Further, the 2022 Silverado features a refreshed exterior, an overhauled interior, tweaks to a pair of engines, and available Super Cruise autonomous driving.

Inside, though, the changes are revolutionary and cover all but the base trim. The most noticeable change involves a new 13.4-inch diagonal touch-screen display. Notably, this represents a significant improvement over the available 8-inch screen. The instrument panel receives its own 12.3-inch diagonal driver information center, which replaces the traditional dials with a thoroughly modern interface.

But Chevrolet did not stop there. The Silverado features finer materials across the board. Indeed, choose the High Country trim and it now has a “high-brow” look befitting its lofty price. Specifically, real open-pore woods are available and placed higher on the dashboard, including on the upper glovebox. New switchgear supplies sophistication. We like the look of the modern transmission shifter located between the seats. The gear change layout is on the face of the shifter, like what some luxury models have. Further, a more elegant and comfortable Ares leather trim on the top models raises the premium quotient considerably. 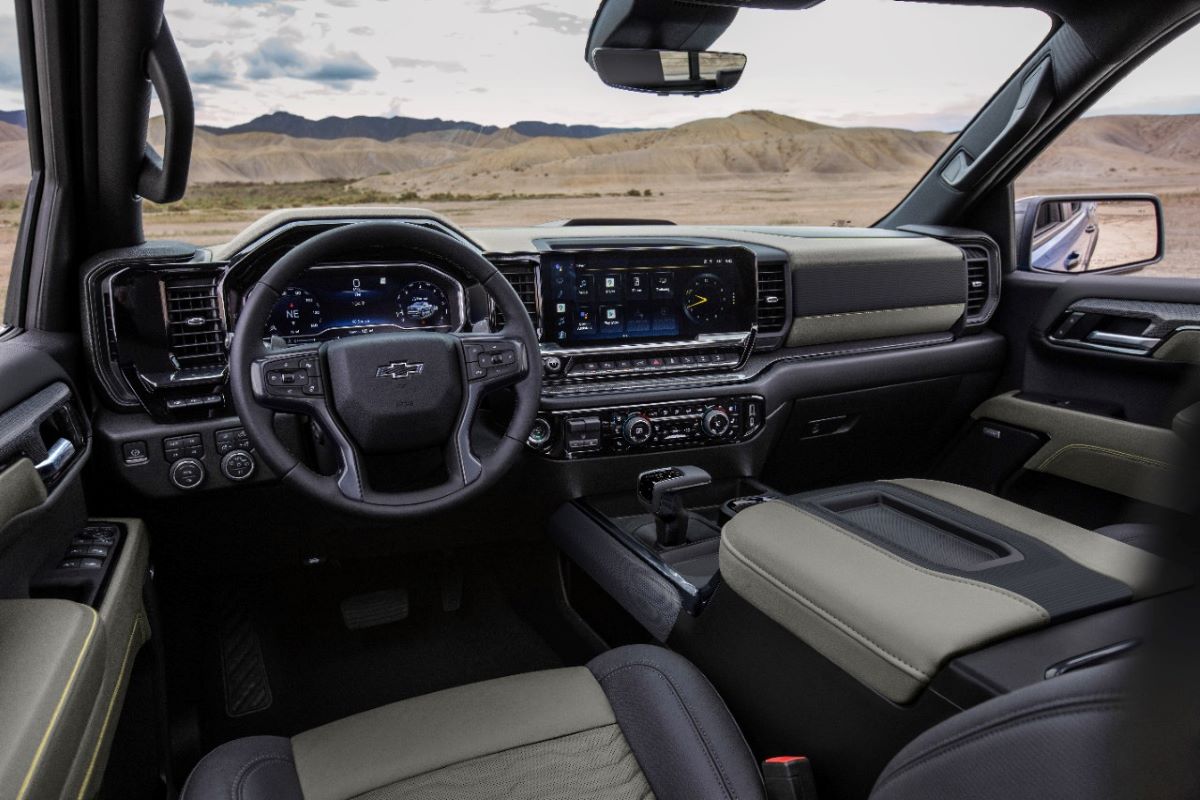 Under the hood, Chevrolet addressed its two smallest engines to help make them more competitive. Since this generation’s debut, Chevrolet offered a turbocharged four-cylinder engine. That’s still the only four-mil in its class. It also produces 310 horsepower and that number is unchanged for 2022. What has changed is its torque, going from 348 pound-feet to a whopping 420 pound-feet. That represents the largest output of any base engine in its class.

The other engine benefitting from a change is the 3.0-liter turbo-diesel. Its power numbers remain 277 horsepower and 460 pound-feet of torque. What has improved is its towing capacity, as it has increased a whopping 4,000 pounds to 13,300 pounds. We are not certain what impact that will have on fuel economy, but we do believe it will make a big difference for shoppers wanting a diesel option with strong pulling power.

Also changed for this year, Chevrolet’s driver-assist safety suite is now standard. We are seeing pickup trucks with a full range of safety equipment as they catch up to other body styles. 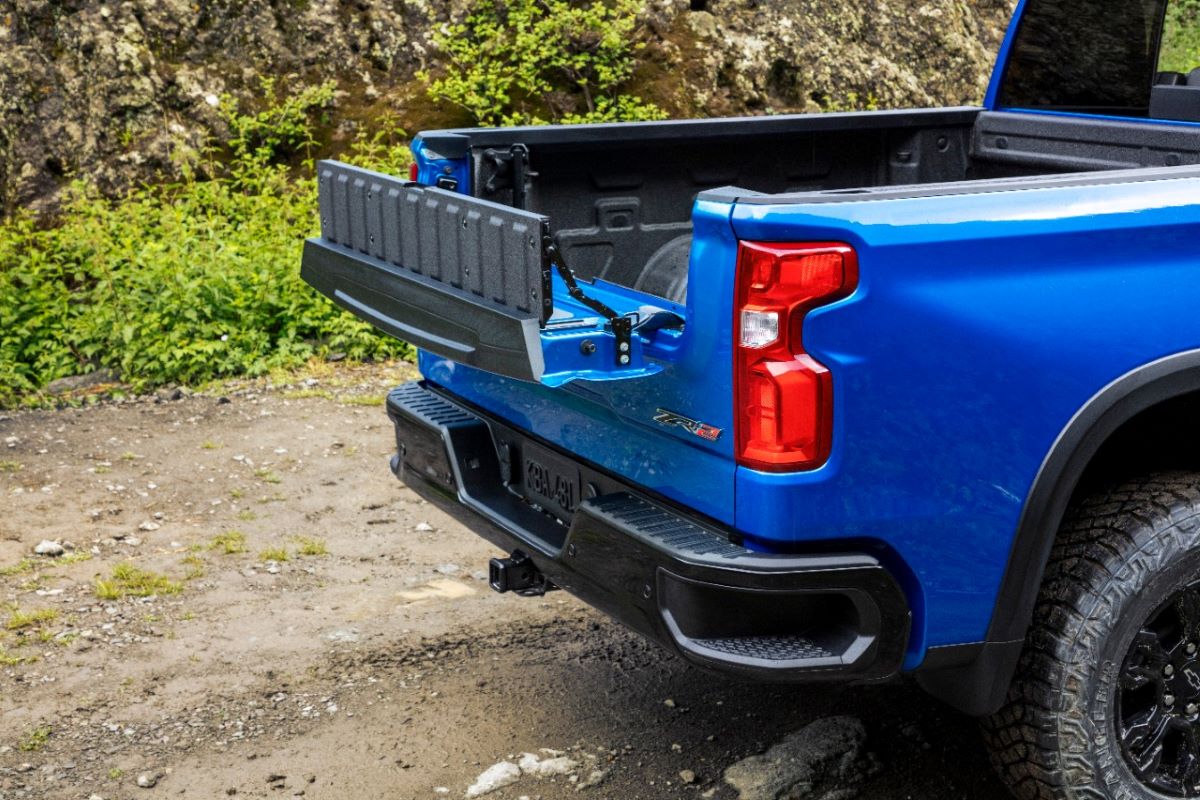 Another important change for 2022 involves an all-new ZR2 trim. This one supplants the various TrailBoss models that have recently showcased the brand’s off-road prowess. This model includes a unique grille with integrated lighting, a black hood insert, special badging, a dedicated wheel design, and exclusive color combinations inside.

Choose the ZR2 trim and this model receives the brand’s range-topping 6.2-liter V8 engine. With an output of 420 horsepower and 460 pound-feet of torque, it does not pretend to take on the Ford F-150 Raptor or the Ram 1500 TRX in performance. However, its off-road chops appear strong, thanks to its Multimatics suspension dampers, enhanced springs for suspension travel, chassis tweaks, and a special Terrain mode for one-pedal off-road navigating. Furthermore, this model features a raised steel front bumper, which permits a 31.8-degree approach angle, along with skid plates and 33-inch off-road tires. Chevrolet also moved the dual exhaust system to lessen the chance of damage under vigorous rock climbing. 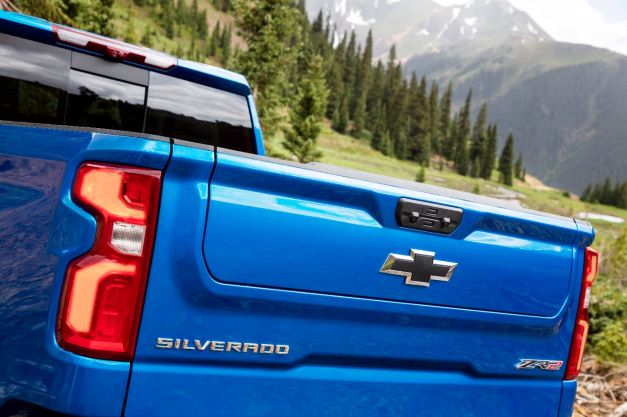 Trim Range, the ZR2, and Other Details

We believe the changes to the 2022 Silverado will be well received by Chevy faithful. It will also make this truck more competitive in its class.

Lastly, the trims now include Work Truck, LT, RST, LT Trail Boss, ZR2, LTZ, and High Country. We will have pricing and other model details just ahead of the truck’s release later this fall.

See Also — About the Heavy-Duty Chevrolet Silverado 2500HD and 3500HD