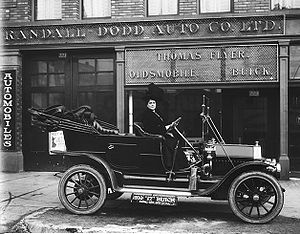 Automotive collision avoidance systems designed to increase safety, reduce damages, and lower the number of fatalities have successfully accomplished that task according to a recent study published by the Insurance Institute for Highway Safety (IIHS). In particular, owners of vehicles with forward collision avoidance systems that include autonomous braking showed the largest reduction of insurance claims filed. While new technologies are greatly advancing safety features, auto manufacturers have had the consumer’s welfare in mind since the automobile’s inception.

Early Ford Model Ts and competing models were sold without doors; when Ford added them, drivers and passengers received better protection from road debris and side collisions. Safety glass, tested and used by the military, was the next advance in the industry appearing on cars in the 1920s. No longer considered optional, or even listed as safety features, both improvements saved lives and reduced the severity of injuries.

Many aspects of today’s vehicles taken for granted were initially included to improve the automobile’s marketability by making it seem less of a daredevil’s toy and more useful to the mainstream public. Because nearly all improvements in the automotive industry relate to safety, an all-exclusive timeline proves to be too cumbersome, but this brief list may be surprising:

Computers in the Automotive Industry

Forward collision avoidance systems use a camera or sensor and a computerized system to detect when the vehicle is approaching another vehicle ahead of it too quickly. If an accident is imminent, the system alerts the driver with a visual and audio signal, as well as the tightening of seatbelts in time for the vehicle to stop.

Because of the slight differences in manufactured versions, the IIHS study included this technology and paired it with autonomous braking systems (what automatically applies the brakes if you do not to avoid a crash) or adaptive headlights, which rotate to better light the car’s path on curves and reduce glare for oncoming traffic.

The Highway Loss Data Institute and the IIHS study concur that these collision avoidance systems have undeniably reduced the amount of claims made against auto insurance companies by their policyholders.

Cars do not drive themselves, but technological advances are getting us close. Lane keeping assist will actually steer the car back to the center of the lane if the driver does not. In addition, Nissan has improved things with the company’s new “Predictive Forward Collision Warning” system that uses a sensor on the front of the car to determine distance and velocity to not only the car in front of the driver, but also the car in front of that one. This gives the driver even more time to react and avoids certain types of accidents other systems are not able to detect. When there are fewer accidents, there are fewer insurance claims made, what can lower automobile insurance rates.