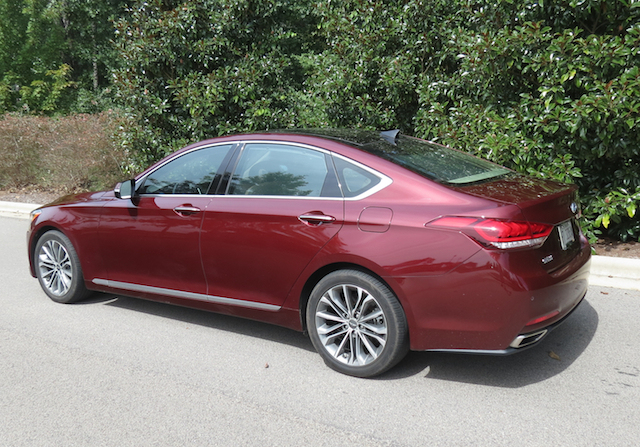 If you mentioned 10 years ago that Hyundai would incorporate a line of premium vehicles astride its mainstream products, likely you would have been dismissed as an ignoramus. At the same time, had you had postulated that Kia would one day have a product line that was deeply admired, not a few people would have thought that you were delirious.

Fourth Place is Fine. For Now.

Today, both Hyundai and Kia have turned things around to where the Korean manufacturers — conjoined at the hip by business and engineering arrangement, but designed and marketed separately — are an industry juggernaut to be reckoned with. Of course, the larger Hyundai brand has taken the lead in supplying the platforms and powertrains for all Hyundai Kia models. Nevertheless, the Kia composition on the universal vehicle structure theme has succeeded, perhaps best exemplified in the Kia Soul urban utility vehicle.

The Hyundai Kia Automotive Group is now the fourth largest automotive manufacturer in the world, selling more cars than Renault-Nissan, the Ford Motor Company, and Honda. Although they are not quite primed to challenge the global triumvirate of Toyota, Volkswagen and GM, the Koreans have certainly made a name for themselves.

One area where the two marques have lacked cachet is in performance. Certainly, stock Kia Optimas and track-ready Hyundai Genesis Coupes have raised the duo’s performance credibility. Yet, there is no high-performance luxury line to take on the likes of such venerable players as BMW’s M Series, Cadillac’s V-Series or Mercedes-AMG to battle these stalwarts.

However, change is in the air once again for Hyundai Kia as the company has lured Albert Biermann from BMW’s M performance group to the Hyundai Motor Group, as head of vehicle test and high­ performance development. Biermann begins his tenure on April 1, 2015. Mark Phelan, writing for the Detroit Free Press surmises that it is a new position, given that “high performance” was not previously part of any Hyundai employee’s job description.

The Biermann appointment has speculative tongues wagging, but who can blame them? The two brands have cast their respective proletarian dispositions to the side, in a successful effort to develop passenger vehicles that are stylish, efficient and offer excellent value. Moreover, the two brands routinely fare well in each of the important consumer surveys conducted under the auspices of J.D. Power and Consumer Reports, among a few others.

With the Biermann appointment, we may eventually see a side of the Hyundai Group emerge that goes beyond the ordinary to deliver the extraordinary.

For instance, just imagine a Hyundai Genesis or a Kia Cadenza outfitted with a European-spec sport suspension, twin turbochargers and a six-speed manual transmission. And include with that a stunning interior outfitted with Recaro bucket seats, carbon fiber trim and the most amazing instrument panel this side of a BMW M5.

While launching a separate performance line or lines seems possible, it isn’t logical. At least not in the interim.

Indeed, with several good models already in place, improving driving dynamics and handling within the existing lines is a priority. As Phelan noted these particular shortfalls are essentially the only reason why people don’t buy the Hyundai Genesis. Yet, in all other areas that sedan matches the Mercedes-Benz E-Class, Cadillac CTS and BMW 5 Series in quality and clobbers them on price.

Moving Up the Pack

Hyundai Kia appears committed to elevating the Korean marques, thereby broadening its customer base. And if customers find them with the quality that matches Lexus along with performance that competes with BMW, the Hyundai Kia Automotive Group just may have a legitimate shot at eventually overtaking GM, Volkswagen and Toyota.

Hyundai continues to challenge the market.

The medium size sedan market, or D-segment, is a crowded field. The Toyota Camry and Honda Accord are the two biggest sellers, but both Ford and Chevrolet have enjoyed success in recent years with their Fusion and Malibu models respectively.

Every automaker fields at least one midsize product, usually several when you add crossovers to the mix. Dominated by sedans with a sprinkling of coupes thrown in, the one body style lacking in this segment has been the station wagon.

But Hyundai is in the process of changing all of that with plans to introduce a wagon model in the next year or two. Hyundai is already enjoying success with its totally redesigned 2011 Sonata and will include a hybrid model before the wagon rolls out. Forget worrying about Ford or Chevy: Toyota and Honda may have a problem on their hands when Hyundai expands its Sonata line.

The Hyundai Sonata wagon will be sold in Europe and North America and it is in that former market where an Autoblog sleuth took pictures of a disguised Sonata prototype. Though Autoblog isn’t particularly certain the wagon will make it to the states, I’ve got a good source telling me that it will.

Don’t forget, the Toyota Venza and Honda Accord Crosstour are based on the Camry and Accord platforms respectively. Hyundai has made it known that they plan on putting up a challenge in every car segment out there. Following its success with the Genesis sedan and Genesis coupe, the Korean automaker will be bringing the big Equus to North America later this year. Yes, one or two pickup truck lines are next, so the disturbing Sonata wagon most certainly looks to be a good one.

Speaking about the Hyundai challenge to other automakers, the combined Hyundai Kia Automotive Groupis now the fourth largest automaker in the world, having passed Ford in 2009.  It was just a decade ago that the combined entity was in 11th place, well off the pace of the top car manufacturers and not much of a force to consider.

My, how things have changed!