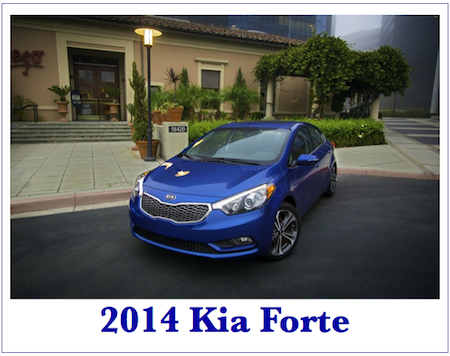 It was another strong month for US auto sales with Jeep leading the way. In May 2014, Jeep sales rose by 58 percent over May 2013, for astounding year-over-year gains. Moreover, it was the Jeep’s third consecutive record-breaking month for a brand that is also actively going global.

Jeep sales finished at 70,203 units, nearly equaling what the entire Hyundai brand experienced for the month. Hyundai also set an all-time US sales record in May. The Korean automaker’s next-generation Genesis luxury sedan and mainstream Sonata sedan are now in showrooms.

Wrangler once again led sales and was followed by the Grand Cherokee. The difference maker for Jeep was its midsize Cherokee, a new model that came in at 15,992 units sold. The Jeep Cherokee has exceeded sales expectations and delivers a model that is unusually robust off-road for a crossover utility vehicle. It was an Auto Trends featured model in an April 2014 review that demonstrated its mudding characteristics. Jeep’s other two models, the Patriot and Compass, also fared quite well for the month.

Ford sales were nothing to write home about, but they did increase by 3 percent, largely on the strength of two Ford products: Fusion and Escape as well as the Lincoln MKZ. Lincoln dealers moved 3,714 MKZs, a model that is up by 42 percent for the year. And with the MKC crossover arriving in Lincoln showrooms now, Ford’s struggling luxury brand should see sales increase well above its current 20.9 percent annual rate.

Nissan Group sales rose by 18.8 percent for the month, beating the industry average. Notably, the company’s Infiniti division shined as sales rose by 31.4 percent. Infiniti’s increase came on demand for its all-new Q50 sedan. In May, Infiniti moved 2,938 units.

The Nissan brand was led by the Altima as sales for its midsize star broke a record, coming in at 36,053 units for the fastest increase of any model in its segment. Strong sales of its compact Sentra and crossover Rogue also propelled Nissan.

GM’s hold on the top spot of the US market remains strong despite a slough of recalls that have threatened the company’s viability. The automaker reported 284,694 units sold, for its best month since August 2008. It was in Sept. 2008 when Lehman Brothers collapsed and the economy was plunged into the greatest recession of our time.

Chevrolet led all brands, rising by 14.2 percent for the month. Among its significant gainers were its compact Cruze sedan with 32,393 units sold and its Camaro sports model with sales of 10,340 units. Buick also registered double-digit increases; Cadillac and GMC sales came in on the plus side for the month as well.

Toyota rode a 12.6 sales increase to reach its highest sales in nearly eight years. The automaker reported strong demand for four models including its midsize Camry, the best selling car in America. Camry sales came in at 49,584 units followed by the Corolla at 36,611 units sold. The Prius at 26,793 units and the RAV4 at 23,465 sales followed.

Volkswagen continues to struggle in the US, one of its weaker global markets. While its Audi division continues to succeed, the eponymous Volkswagen brand is struggling. May sales fell by 11.5 percent with only the Jetta SportWagen and Tiguan seeing increases.

Kia continues to close the gap with its corporate cousin, Hyundai, selling a recored 60,087 units last month. Its Optima, Soul and Sorento models led the pack as has been the case for much of the last year.

American Honda reported a 9 percent sales increase for the month. The company sold just over 39,000 Accords, more than 36,000 Civics and 32,430 CR-Vs. Its Acura division, however gained just 2.2 percent.

Among the three major German makes, BMW outpaced Mercedes-Benz for the month, cutting its rival’s lead for the year. Audi came in with 16,601 units sold, outpacing the rate of its larger German rivals.

Subaru continues to surge, reporting its 30th consecutive month of year-over-year sales growth. Forester sales rose by 40 percent for the month while the WRX/STI saw a 62 percent increase.

For the month, US auto sales climbed by 11.4 percent, beating most analyst’s projections. That’s just over 1.6 million units for May 2014, the best sales month (seasonally adjusted) since July 2006.