If you were looking forward to learning more about the upcoming Hummer by GMC all-electric SUV during this year’s Super Bowl (congratulations, Kansas City), you might’ve been disappointed. The information was scarce, although the “quiet revolution” theme made its point.

What we do know is that LeBron James is now the public face of Hummer, which is a step up from his previous role as the brand ambassador for the Kia K900. The K900 has always been a Kia oddity — an oversized sedan with luxury aspirations. LeBron’s influence never extended to sales success – the K900’s annual sales are measured in the hundreds.

As for GMC’s ad in Super Bowl LIV, it was big on hints, but not on substance. We saw only glimpses of the SUV’s front fascia, with HUMMER prominently featured across the grille. But it’s an emerging distinction that’ll set the Hummer sub-brand apart from the rest of the GMC brand, while still offering somewhat of a connection to the original Hummer line.

Here’s what we know about the new Hummer:

1. From Humvee to Hummer.

If the Hummer name evokes a connection to military-style vehicles big on girth and terrible on fuel economy, that’s exactly what the brand represented in its initial phase. Derived from the American General HUMVEE vehicles that operated in Desert Storm in the early 1990s, the line eventually expanded to include smaller, yet still inefficient models. GM tried to sell Hummer in 2011 when the company reorganized following its bankruptcy, but found no takers. The brand was later dropped, along with Pontiac and Saturn.

Rumors that GM would resurrect Hummer surfaced from time to time, likely the wishful thinking of a tight cohort of enthusiasts waxing nostalgic about the brand. Last fall, however, those rumors became more frequent and soon substantive when GM confirmed as much. By late-January, GM offered clarity on what it had in mind – a line of fully electric vehicles bearing the Hummer name. This time, however, Hummer would be utilized as a sub-brand of GMC, much in the same way EQ is the electric sub-brand of Mercedes-Benz. Say what you will, but resurrecting the Hummer line as an EV brand allows GM to distance itself from Hummer’s original mission, while supplying GMC with differentiation from Chevrolet.

Like Ford, we’ve long known GM has been working on bringing new electric trucks and SUVs to the market. Building on its earlier success with the Chevrolet Volt PHEV and the current Chevy Bolt EV, the new electric vehicles will also allow GMC to take on upstart Rivian, Tesla’s Cybertruck, and Ford itself. Electrifying smaller vehicles has worked well for manufacturers to date. Adding electric SUVs and trucks extends the revolution into new territory and may very well make EVs more commonplace in the near future.

Electric vehicles are big on power, but achieve optimum performance quietly and without emissions. That’s the crux of what the new breed of Hummer by GMC vehicles is all about. While we don’t yet have much information to go on, the GMC Super Bowl advertisement says the new vehicle will have an output of 1,000 horsepower and 11,500 pound-feet of torque, as well as a 0-60 mph time of just 3 seconds. Yes, those numbers are incredible, almost impossible to fathom, and may change the game for SUV and truck shoppers. Cost, of course, will be a huge factor, but customers are already paying $50,000 or more for gas versions. Some may make the switch to an EV if the price point is reasonable and the range excellent.

We may hear additional information about the Hummer line in the intervening weeks, but you’ll have to wait until May 20, 2020, for the official reveal. We do know that GM is converting its Detroit-Hamtramck facility to build the new Hummer. In fact, this manufacturing plant is one part of a $2.5 billion investment GM is making in electric vehicles, with the first model of the new breed set to roll out in late 2021. That’ll be some 18 months after the electrified Hummer is unveiled, giving us many months to consider what’s coming down the pike.

LeBron will be the spokesman for Hummer EV, but not for the entire GMC line. For GMC, the brand gets important separation from Chevrolet, something Denali and a six-trick tailgate have done thus far. That said, if consumers embrace electrification in a big way, Chevrolet, Cadillac, and Buick will likely receive similar love with perhaps a whole host of crossovers, trucks, and SUVs electrified down the line.

You’re in the market for a used car, but you don’t know what to expect. Prices are all over the place and if you haven’t bought a car in a while, you’ll likely experience sticker shock, even for a used vehicle. Before you shop, keep the following in mind. 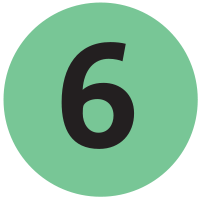 Point No. 1: How much can you afford for a used car? You should know that a used car in decent condition will most likely cost you at least $5,000. That’s a lot of money! If your budget is considerably lower than that, then expect to find vehicles that are at least 10 years old and perhaps not in the best condition. If you’re handy with car repairs, then the problems may not bother you.

Point No. 2: Decide what type of vehicle you want. Are you shopping for a coupe or a sedan? Are you considering an SUV or a van? Do you want a sports car or some other type of vehicle? Is there a make or model that interests you? Narrowing your parameters first will make your search easier. Identify the vehicle body style that is right for you and then shop accordingly.

Point No. 3: Consider your purchase options. When buying used, you can shop a car dealer or purchase from a private party. Both options have advantages and disadvantages. Buying a car from a dealer will cost you more, but you should also get a warranty. Buying privately will save you money, but the lack of a warranty means you’re on your own. In any case, it is good to check a site such as Kelley Blue Book or Edmunds.com to get pricing information. From there, you’ll have a framework from which to negotiate. And by all means, negotiate!</a>

Point No. 4: How will you pay for it? If you have enough cash to buy a used car, then you’re in great shape. If not, how will you pay for it? Used car financing is possible, but rates are higher than for new cars. You’ll also pay a higher interest rate if your credit is only satisfactory or poor. The more money you can put down, the lower your monthly payments too. Also consider what a car will cost you in property taxes, the registration fee, insurance, gasoline, and maintenance. Know your full costs going in and you won’t be surprised later.

Point No. 5: Inspect the car carefully. You’ve found a car, SUV, van, or truck that interests you. Now for the hard part: determining whether it is in decent condition. A thorough check from bumper to bumper and from top to bottom is essential. This means lifting the hood and checking wires, belts, hoses, and fluids. It also means crawling under the car to examine the suspension system, brakes, calipers, and exhaust system. Check the tires too — look for signs of uneven wear and aging. Obtain a car history report too from a service such as AutoCheck.

Point No. 6: Have a mechanic inspect the car. Unless you do a stellar job of checking a car yourself, you may want to hire a mechanic to do the check for you. Typically, you’ll pay upwards of $100 for an inspection. But that review can pay for itself quickly, alerting you to potential problems or avoiding a money pit altogether. Regardless, a second set of eyes may see something that you might miss.

Carefully shop for a used car and you won’t regret your purchase. Make a sound buying decision and you may get several years out of your car, provided you follow the maintenance schedule in the owner’s manual and address pressing problems immediately.

Ford expands its Super Duty line and updates other vans and trucks.

There is a fresh name coming to the Ford Super Duty family, the first new F-Series model we’re seeing in 20 years. The Ford Super Duty F-600 broke cover this week, expanding the automaker’s venerable line of full-size pickup trucks with it.

The 2020 Ford Super Duty F-600 chassis cab is a medium-duty commercial truck with a maximum gross vehicle weight rating (GVWR) of 22,000 pounds. Ford describes the vehicle as a Class 5 Super Duty package with Class 6 commercial truck capabilities. The new model will be available in mid-2020.

Ford’s premise with the F-600 is to offer a commercial truck that closes the gap between payload and truck size. The new model is the same size as the current medium-duty F-550, but smaller than the F-650. It gains an upgraded driveline and chassis components along with higher-weight-rated tires and wheels to meet the elevated GVWR.

All F-600 models come with a choice of three engines, including Ford’s all-new 7.3-liter gas V8, a 6.2-liter gas V8, or a 6.7-liter turbo-diesel V8. Each engine works with a 10-speed automatic transmission. Buyers will find both two- and four-wheel drive models.

The Super Duty F-600 isn’t the only news from Ford covering its passenger and commercial vehicles. The Ford E-Series continues, a model which traces its history to the early 1960s. The big van is still available, but only in cutaway and stripped chassis models as the Transit has replaced it in other applications.

For 2021, the E-Series receives an updated interior, including a refreshed instrument panel, Bluetooth compatibility, and USB ports. Ford will also make available a pair of engine calibrations for its new 7.3-liter V8 engine, enabling customers to select the best horsepower and torque application for their needs.

As for the Transit, it receives an important refresh for 2020. Two new engines join the product line, including a 2.0-liter bi-turbo diesel with available all-wheel drive. The other choice is a new 3.5-liter V6 engine with port fuel and direct injection. Both engines work with a 10-speed automatic transmission.

Other changes coming include an update to Ford’s stripped chassis. The F-53 chassis underpins motor homes and other types of vehicles and will soon feature improved steering, an unto the center of gravity capability on higher GVWR models and improved driving experience. The F-53 and F-59 (commonly used for walk-in vans) will also get a new steering column, instrument cluster, and electrical architecture.

Ford’s additional Super Duty model and update to three other vehicles strengthen its market position. Both GM and Fiat Chrysler also have new medium-duty trucks coming online, therefore the Blue Oval is getting it done to stay out front.