The “fuel cell cars” currently being advertised are being touted as “having no emissions except water.” In a limited sense that is, in fact, true. However, if the entire fuel cycle for the car is considered it most certainly is not. The fuel used by the fuel cell is hydrogen, very pure hydrogen. Combined with oxygen from the ambient air, the fuel cell produces electricity that powers an electric motor and other devices in the vehicle–just like the battery-driven electric vehicles already on the market. These don’t produce any emissions at all. So far, so good. No complicated reciprocating engines, no noise, no smog, minimal maintenance, no global warming.

However, when considering a vehicle its entire energy cycle has to be kept in the picture. All electric vehicles have an energy demand; that energy has to be produced somewhere. For the battery cars it’s pretty simple. The same electricity produced by power plants: fossil fuel, solar or wind-driven, that’s used everywhere else (lighting, air-conditioning, etc.) is used by the batteries in the car. If the source is non-hydrocarbon fuel; that is, not oil, coal or natural gas, there really is no emission from the fuel cycle. But in the U.S., more than two-thirds of our electric energy does come from these fossil fuels. So the electric energy used by the battery-driven cars is responsible for their share of the emissions from these power plants. That includes the carbon dioxide responsible for a share of the global warming (all fossil fuels contain a large percentage of carbon).

The fuel-cell cars don’t use the electricity produced by central power plants, fossil-fuel or not. The only require hydrogen, a clean-burning fuel that yields only water when combusted in oxygen. No carbon dioxide, no global warming. Unfortunately, you can’t harvest pure hydrogen by drilling a hole in the ground. It has to be produced from some other source; that source is almost always a fossil fuel.

Wait a minute, some will say, what about all the water on the planet, isn’t that two parts hydrogen, one part oxygen? Why not get the hydrogen from water? The answer to that question lies in that old devil: Thermodynamics.

Skipping all the math, it says “you can’t get more energy out of a process than you put in. In fact, you can’t break even.” In the case of combustion processes, you can’t even get close. Big modern power plants do best, somewhat more than two-thirds.

Let’s consider an example. Say you want to combust a fossil fuel in a power plant to produce electricity, then use that electricity to separate the water into pure hydrogen and oxygen. It’s an old, established process (electrolysis) that works very well. Now you send that hydrogen through a pipeline to filling stations around the country, where it is pumped into cars and used in their fuel cells. There the hydrogen is combined with oxygen from the air to make electricity to drive the car. Water is the only chemical product. Simple, right? Not exactly. When the inherent inefficiencies of all these processes are taken into consideration, (including the energy cost of the pumping), you would be lucky to get a third of the energy out that you put in. And the source of all that energy was the fossil fuel you started with. The carbon dioxide from the combustion of the fuel becomes emission necessitated by the car.

Aha, you may say, how about using solar cells to make the electricity to drive the electrolysis plants that produce the hydrogen! Well, if you go there, you may as well use the solar-produced electricity to charge the batteries in electric cars and skip the fuel cells entirely. This latter technique is a reasonable process. The fewer the steps, the higher the net efficiency. Sunlight-to-electricity-to-hydrogen-to-electricity is a “Rube Goldberg” machine at its ultimate.

But before dismissing the fuel-cell car concept entirely, consider an option that was actually close to reality about twenty years ago. A fuel-cell car that produces its hydrogen directly from gasoline had a lot of merit. The system was dependent on the viability of a process called “on-board reforming.” Hydrogen is made commercially from oil or natural gas. The fossil fuel is combined with water in a “reforming” reactor, producing mainly hydrogen and carbon dioxide. (No, you can’t get completely away from that stuff, only hope to minimize its production.) If a small enough reactor could be built and installed in the car along with the fuel cells and ancillary equipment, it just might beat the internal combustion engine for efficiency and emission control. The main advantage over the currently visualized fuel cell car: no complicated new delivery and on-board storage system for the hydrogen. No new network of pipelines and high-pressure tanks. The system only makes the hydrogen required at the moment.

Well, a lot of very smart, dedicated engineers and scientists worked very hard (and spent a lot of money) trying to get the scheme to work. Several large companies, along with the government labs, competed to find a successful process. And they came pretty close. In the end it was the fussy nature of the hydrogen fuel cell that killed it. The expensive, precious-metal fuel cell catalyst wouldn’t tolerate even the tiny amounts of contaminants in the hydrogen produced in the reforming reactor. The system grew too big and too expensive to ever compete with the gasoline-driven internal combustion engine. Another example of how nature can tantalize us, but ultimately bring us to our knees. 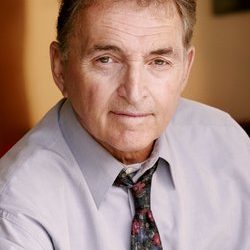 Jack Winnick
Jack Winnick received his M.S. and PhD. in Chemical Engineering from the University of Oklahoma and has held several prestigious positions in the field, including working as an expert consultant at the NASA Johnson Space Center and as a Professor of Chemical Engineering at several universities. He has also been a Middle East scholar for over forty years, traveling to the area for the State Department for the purpose of technology transfer to the Arab nations, and cooperation between Israel and Egypt. A strong advocate for the State of Israel, Winnick holds memberships in AIPAC, Zionists of America and American Friends of Magen David Adom.For more information, please visit www.jackwinnick.com.