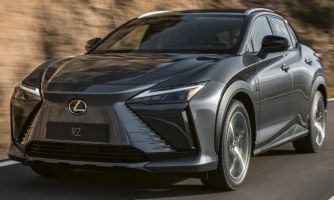 Following on the heels of the Toyota brand, the Lexus marque will soon see its first full-electric model. Today, Lexus debuted the RZ 450e. Like other Lexus models, we simply drop the nomenclature after the first two letters. Unlike the other models, this one is fully electric. In other words, it is not a hybrid. 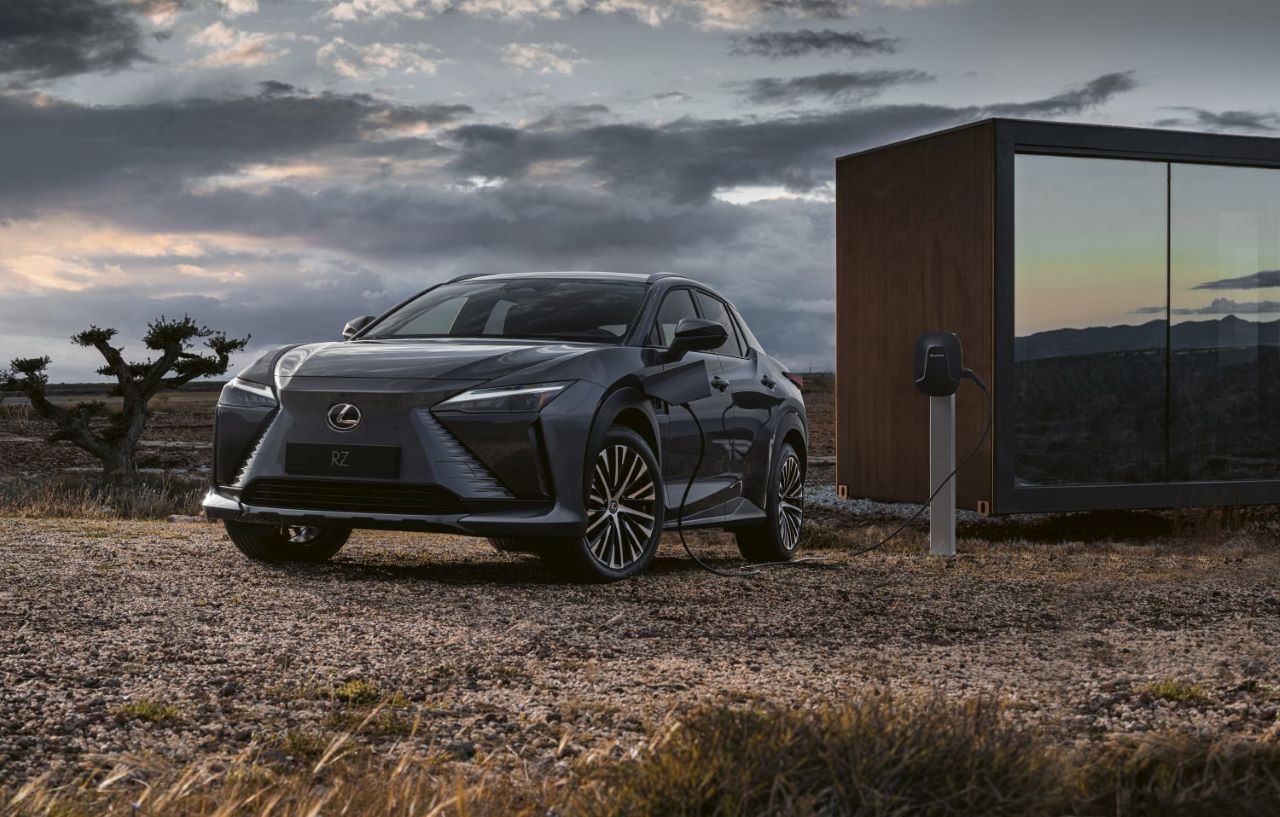 Eighteen years after receiving its initial hybrid, Lexus dispenses with the gas engine to serve up the RZ. Lexus will, of course, offer traditional plug-in and standard hybrid models along with the RZ. But with its first foray into all matters of full-electric, other models will certainly follow.

Indeed, the 2023 Lexus RZ will be followed by other pure electrics in every other category by 2030. Five years later, Lexus intends to become an all-electric brand.

“We believe that Lexus, an established luxury automaker, should continue pursuing the creation of exciting cars while respecting nature and the global environment to achieve a carbon-neutral society,” said Takashi Watanabe, chief engineer, ‘Lexus Electrified,’ Lexus International. “The RZ has been developed to create a uniquely Lexus BEV that feels secure to ride in, is pleasing to the touch, and is exhilarating to drive. DIRECT4, the core technology of ‘Lexus Electrified,’ is an all-wheel-drive system that achieves quick and linear response according to driver input. We will continue to take on the challenge of providing customers with new experiences and a uniquely Lexus BEV driving experience.” 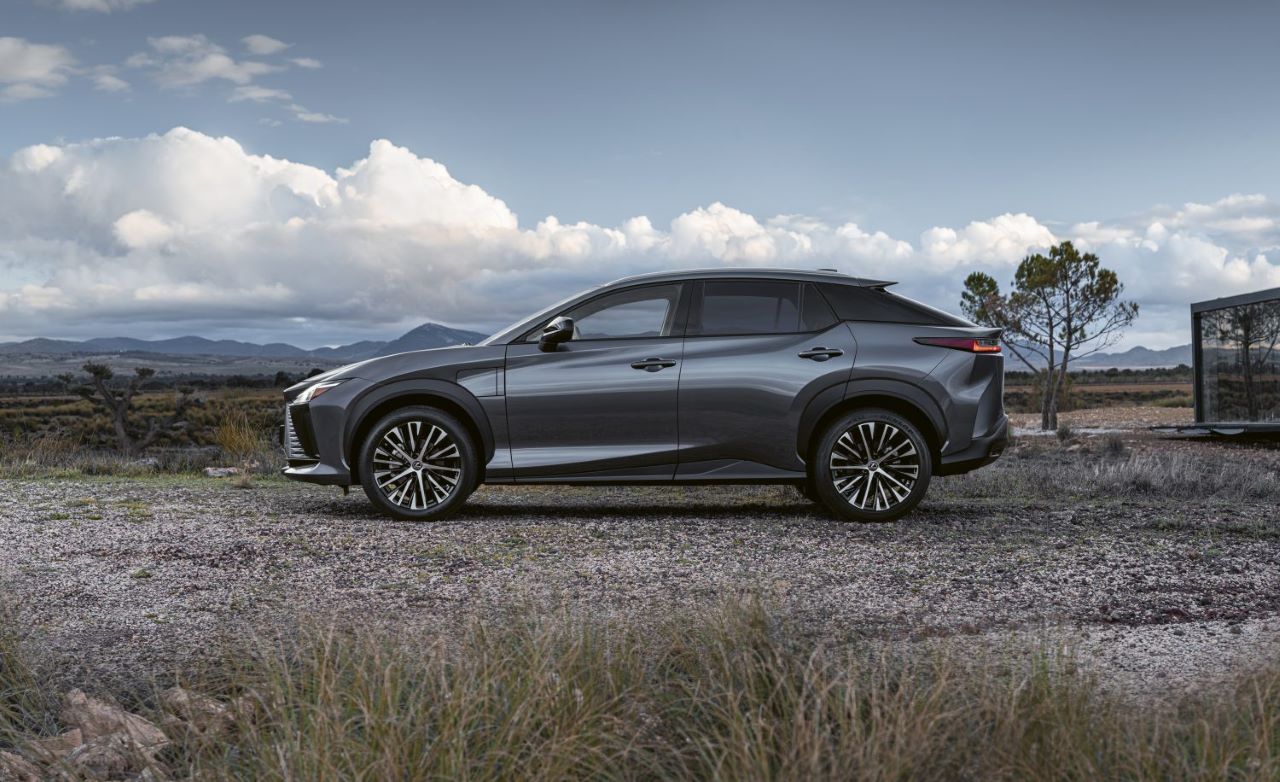 The RZ’s exterior design is not far removed from other Lexus models. Certainly, the spindle “grille” is a familiar look, but unlike in all other models, it is decorative, not functional. A uniquely designed front bumper design centers on aerodynamic proficiencies, enhanced proportions, and shape, as opposed to providing the cooling and exhaust demands of an internal combustion engine. This designing progression welcomes a new Lexus aesthetic and creates a new design path for BEV offerings.

As for the remainder of the RZ’s body, it parallels the look of this brand’s other offerings. This means signature lighting elements, and ample dosage of cut lines and curves, and body sculpting is present.

The RZ is like the Toyota bz4X, which enters the market this Spring. But there are some important differences, including the exterior design. Also, in keeping with Lexus’s design principles, the interior is unique and high-end. Lastly, Lexus squeezes more power out of the RZ, delivering about 300 horsepower and a 225-mile range. Power routes to all four wheels making this model standard all-wheel drive. 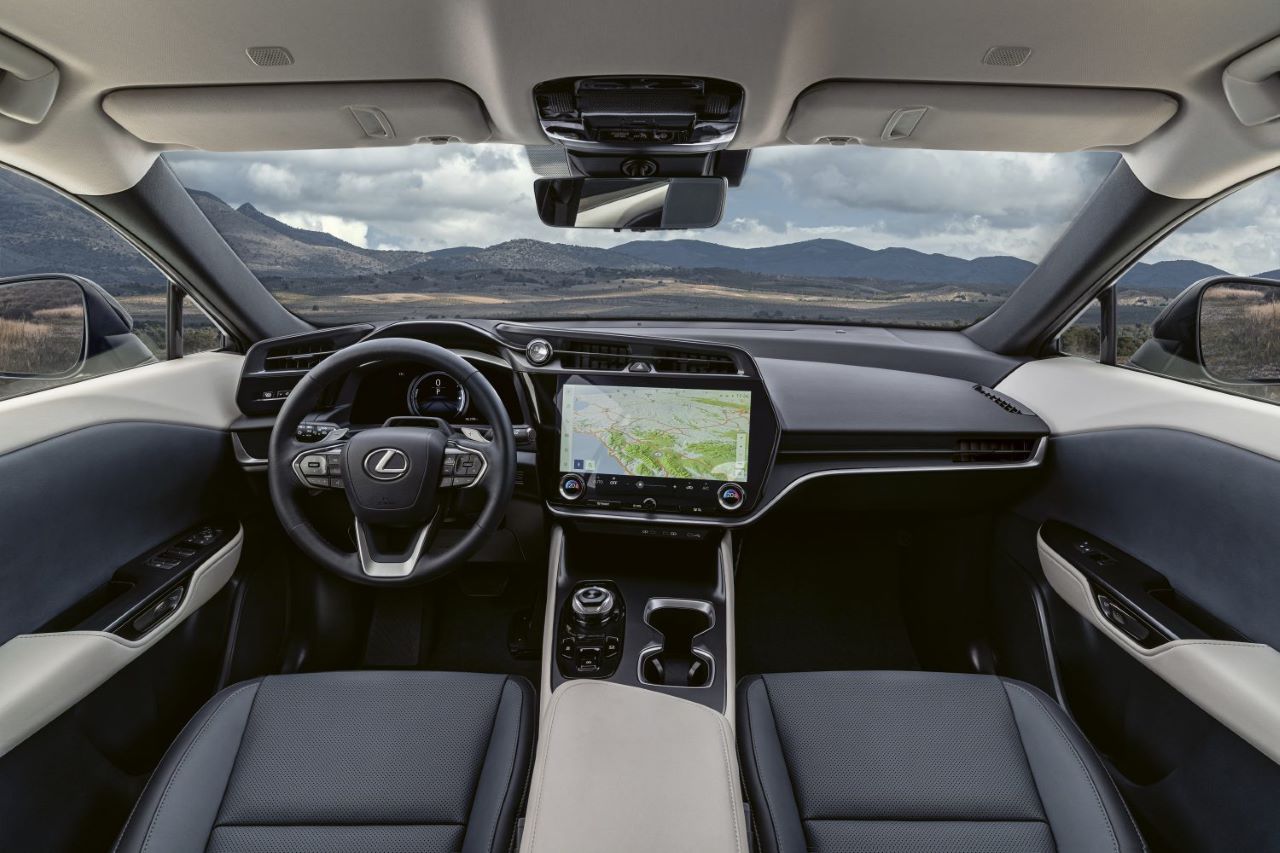 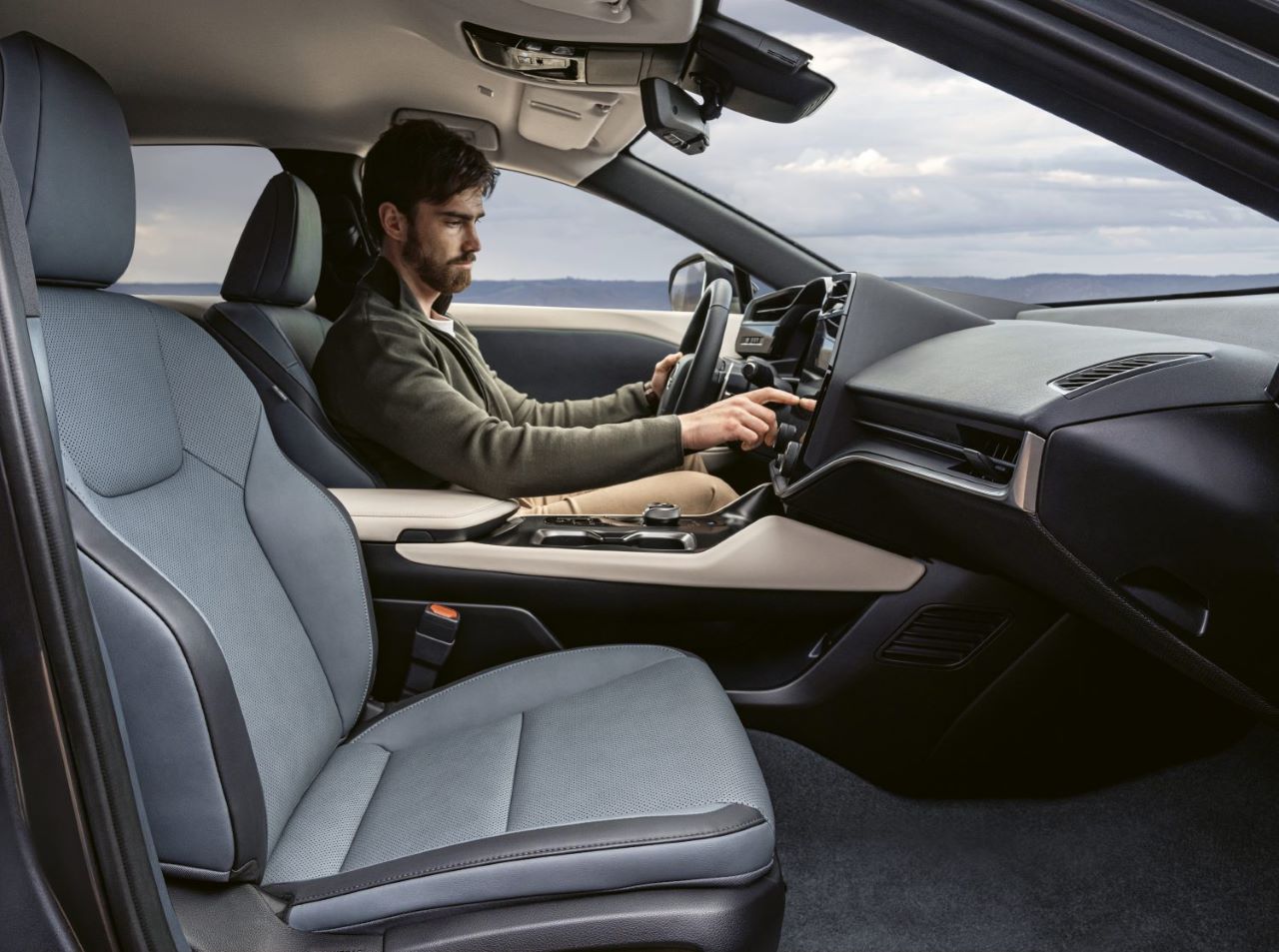 We were not present when Lexus introduced the RZ, but the pictures indicate a cabin that rivals the brand’s best models. A lovely flowing design, contrasting colors, fine materials, and clean trim pieces are present. Notably, Lexus says the RZ will have a yoke-style steering wheel. Interestingly, the pictures show a traditional wheel. We believe Lexus may reconsider the first choice, given the customer demographics. Then again, if Lexus is aiming for a new breed of customers, then the styling change may help lure them.

Among the standout features of the Lexus RZ is a standard panoramic sunroof with a dimming function. The 14-inch color center console display is the largest we have seen in a Lexus model. If it works as well as the one found in the 2022 Toyota Tundra we will be impressed.

As expected, the Lexus RZ will come with a full suite of driver-assist safety technology. Lane control and adaptive cruise control are standard. A head-up display is optional. If you hate parallel parking, the RZ will do it for you. Indeed, this is a feature you will control remotely — what a smart way to get out of a tight parking space without scraping the side mirrors or dinging the door! 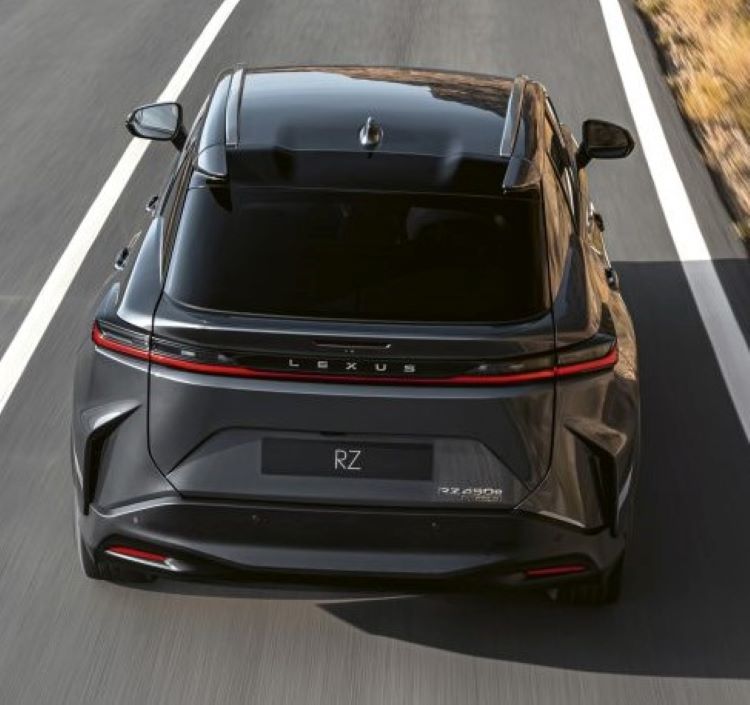