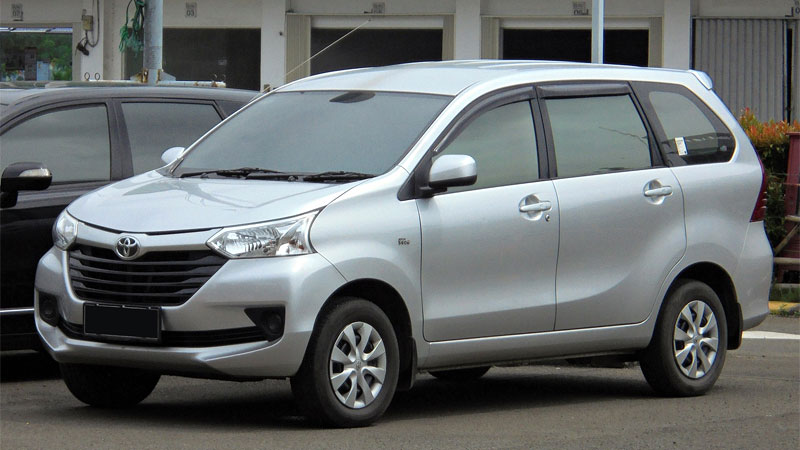 The Toyota Avanza isn’t a vehicle developed by Toyota. Instead, the Japanese marque Daihatsu makes it (called the Daihatsu Xenia), and both brands sell the vehicle with different names. This was made possible due to an agreement between the two companies that allows them to produce and sell practically the same vehicle with separate names. Also, Daihatsu is now wholly owned by Toyota, so the relationship makes sense.

Notably, the Avanza is manufactured by Toyota in their Indonesian plant, where this mini MPV has an unparalleled demand. The production for the vehicle started in 2003, and now the MPV is in its second generation.

The Toyota Avanza has earned success along the way, and it has attained a loyal following in several east Asian countries. It is also exported to other markets, including South Africa and Mexico.

So, what is the reason for its popularity? Specifically, the answer is simple, and it lies in its practicality. The MPV seats up to seven people, and if you are not using the extra space, you can use it for cargo.

So, you win either way!

An MPV is not designed to be a head-turner. Instead, it is supposed to be practical, durable, and fuel-efficient. That’s why you spend copious amounts of money to buy one. However, a bit of aesthetics never hurt anybody, so it’s not unfair if you are looking for some in the Toyota Avanza.

We know that Daihatsu designed and presented the vehicle to Toyota to sell. So, there is not much to say by the latter in the looks department. In particular, the Toyota Avanza looks quite plain and boring. You won’t see any signature Toyota styling on the vehicle, nor will you notice any striking details.

But the Toyota Avanza is a multi-purpose vehicle, which in some respects resembles a compressed version of the Toyota Hilux truck. Perhaps, it’s the headlights that give such an impression. But we assure you, the Avanza does not have anything in common with the powerful Hilux.

In the first generation, you won’t find numerous exciting lines or luscious curves. On the other hand, when you look at the second-generation Avanza, it all becomes somewhat interesting. Indeed, the second iteration of the Toyota Avanza has new and improved headlights that give this MVP an aggressive look.

The front grille is nearly unchanged, and in the rear, you can see an improvement in the taillights. Not only that, but the vehicle is longer and heavier than its predecessor.

Daihatsu offered a range of 1.0-liter engines in its variant along with a few powertrains adopted from Toyota. On the other hand, Toyota started with a 1.3-liter engine and offered a 1.5-liter option as well. This meant that the Avanza received more power and a comfortable drive.

The 1500cc variant, for example, produces 107 horsepower, which is sufficient power for both highway and city driving. It is in this version that you will feel the Avanza is not searching for power during acceleration. However, in the other variants, you will feel a significant need for more horsepower. As usual, the powertrain options included either a 5-speed manual or a 4-speed automatic.

In the second generation, the style did not change all that much. For instance, Daihatsu kept their 1.0-liter engine, but they added two 1.3- and 1.5-liter engines to the mix. Moreover, the Toyota iteration received the same engine options as before, with the 1.5-liter 3SZ-FE gracing the top of the pack.

You should expect plenty from MPVs since they are built for multi-purpose applications. Therefore, you can drive them to a picnic, carry cargo, or drop the kids off at school. Indeed, the Toyota Avanza fulfills its mission well.

You won’t feel cramped for space in the back, even if you are a tall individual. You will enjoy the same treatment in the front seats, where space is abundant.

In terms of drivability, the Avanza feels a bit underpowered even with the 1.5-liter engine. It would have been better if Toyota installed a turbocharger to solidify low-end acceleration. However, the marque decided against that for obvious reasons. Toyota would not want to create a vehicle that consumed too much fuel given that would take away the vehicle’s practicality aspect.

You can imagine the performance a fully loaded MPV would supply on the highway. The folks at Toyota and Daihatsu did not think this part through when they created the Avanza. The car can hardly keep up with the moving traffic, which makes it is dangerous on the highway. However, you can drive it through the city with ease.

The Toyota Avanza works well for daily commuters and for people who have a large family. Such people can take full advantage of the MPV’s capabilities.

You can feel content driving the Avanza. The Toyota Avanza is the perfect vehicle for people living in developing countries. That’s why Toyota opted to release the MPV in Asian economies only instead of extending it to the U.S or Europe.

1 thought on “What is the Toyota Avanza?”