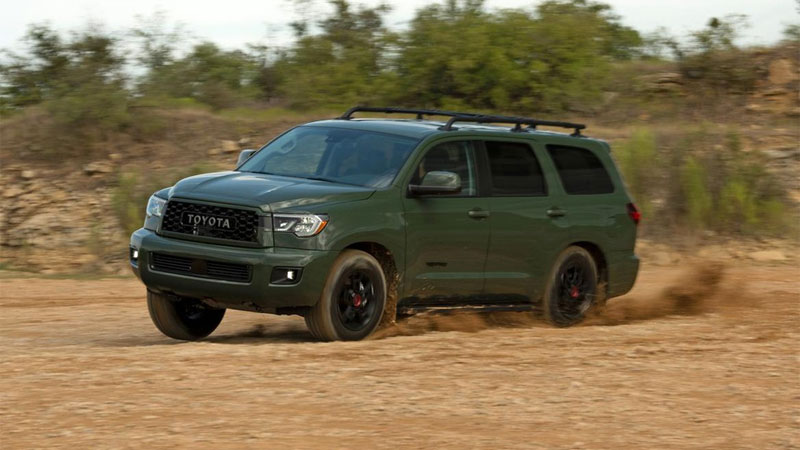 The Toyota Sequoia is a full-size SUV, based on the platform underpinning the Toyota Tundra pickup truck. This SUV competes in a narrow segment, one dominated by the Chevrolet Tahoe, GMC Yukon, Ford Expedition and represented in later years by the Nissan Armada.

Toyota released the Sequoia in 2001. That first-generation model was built for seven years, then replaced it with the second-generation Sequoia for 2008. That model remains in production until this day, an uncharacteristically long time for a manufacturer to stick with the same generation. 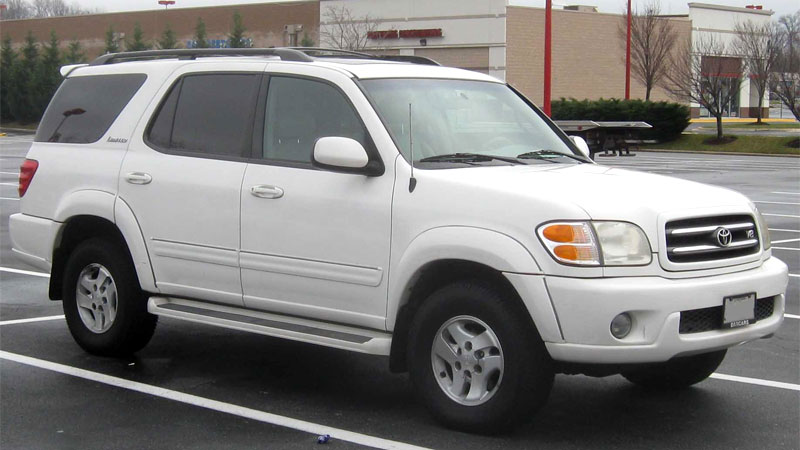 Upon its debut, the 2001 Sequoia offered a 4.7-liter V8 engine paired with a four-speed automatic transmission. It is rated at 240 horsepower and 315 pound-feet of torque. Its fuel economy is abysmal, making just 12 mpg in the city, 16 mpg on the highway, for a combined 14 mpg. At least it runs on regular gasoline.

As always, the Sequoia offers standard rear-wheel drive and available four-wheel drive. Its original towing capacity is 6,500 pounds. Its 11-inch clearance beats the competition. Optional stability control and side-curtain airbags are two other features of note. The Sequoia seats eight, while its domestic competitors seat as many as nine.

In 2005, Toyota refreshed the Sequoia by refreshing the front fascia and grille, updating the taillamps, and rolling out new packages. Other new features included push-button engagement for the four-wheel-drive system and an optional navigation system.

Performance improved that year too as the V8 engine makes 282 horsepower and 325 pound-feet of torque. A five-speed automatic replaced the previous four-speed. The fuel economy also improved with the 2005 Sequoia rated as high as 14/17/15 mpg city/highway/combined. 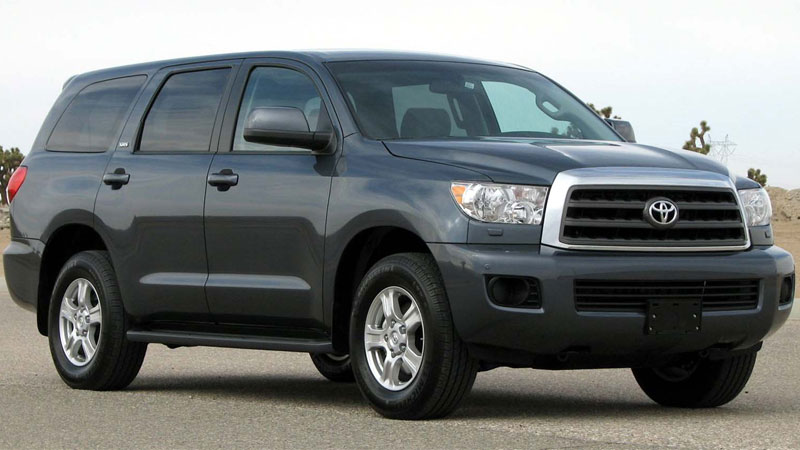 With the second-generation Sequoia, Toyota took another page out of the domestic challenger’s playbook by replacing the original model within the usual 6-7 year timeframe. As before, the Sequoia is based on the Tundra’s latest platform. The 2008 Sequoia gained four inches between the wheels although its overall length is extended by just over one inch.

The big news was the addition of a second V8 engine, this one displacing 5.7 liters and making 381 horsepower and 401 pound-feet of torque. This one works with a six-speed automatic transmission and makes 14/19/15 mpg city/highway/combined.

Among the improvements rolled out were a rear independent suspension and a locking differential on four-wheel-drive models. Other improvements and options included navigation, a rearview camera, a rear entertainment system, Bluetooth, upgraded audio systems, and laser cruise control. The towing capacity also rose to as high as 7,400 pounds.

Changes down through the years included a new 4,6-liter base engine paired to a six-speed automatic transmission beginning in 2010. In 2012, blind-spot monitoring became optional on the top-trim model. Beginning in 2013, the Sequoia offered just one engine, choosing to keep the larger of the two V8s. 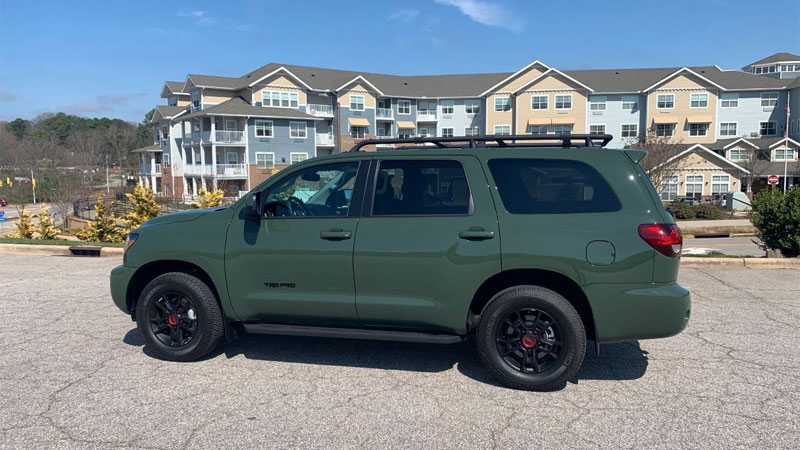 Instead of replacing the second-generation Sequoia, which had already lasted a full decade, Toyota refreshed the model beginning in 2018. Among the new features were standard LED headlights, daytime running lights, and fog lights. Expanded trim levels and new safety features such as automatic emergency braking rolled out.

We doubt Toyota will roll out a new Sequoia. Sales are quite small, averaging 12,000 to 13,000 units annually. That’s less than half the sales the Sequoia commanded when the latest model rolled out and a far cry from the peak 70,817 units sold in 2002. We expect the Sequoia to have at least a few more years left before it rides off into the sunset.