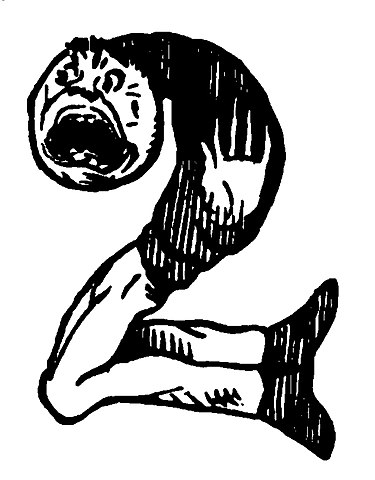 The prospect of a full-electric future is before us and all the attendant supine autonomy that comes with it. If you have the distinct feeling that the fun-to-drive aspect of hitting the road is under attack, you are not alone.

But a wonderful oddity happened this week that should gladden the hearts of driving enthusiasts. Not one, but two manufacturers announced new manual transmissions for their cars. And on the same day. Yes, cars…not crossovers…not trucks. You know, the mode of conveyance that once dominated the market, but seems like a relic nowadays.

Why are manuals so desirable for some? Because they allow for three-pedal foot action that gives drivers an extra measure of control over their vehicles. Sure, today’s automatics are faster and more efficient, but pushing the engine’s RPMs ever higher is possible only with manuals.

Ultimately, there is more power sent to the wheels thanks to your hand and foot control. Yes, there is much more that can be said about manuals, but this is the foundation enthusiasts stand on.

The first announcement came from Toyota as the automaker revealed a 6-speed manual transmission for the GR Supra. That manual is the result of customer feedback, vocal individuals who clamored for one. As a result, the 2023 GR Supra will offer a manual with the 3.0-liter inline-six-cylinder model.

The Supra’s manual will also introduce improved driving dynamics for the entire Supra 3.0 range. Specifically, Toyota says that new suspension and steering tuning along with a Hairpin+ mode are standard. That Hairpin+ mode is intriguing as Toyota claims that it “is designed to allow more freedom and reward when taking tight bends on an uphill gradient (more than 5%) with a high-friction road surface.” Notably, the feature allows more “freewheel” spin thanks to augmented engine torque management. As a result, drivers will find superior variation in the scale of wheel spin on the left and right-side tires. Sounds like more thrills on the twisty roads to me!

Toyota will herald the manual with a special A91-MT edition. Limited to just 500 units, the exclusive model features Cognac leather-trimmed seats, a GR-logoed Alcantara shifter, and a premium acoustically tuned 12-speaker JBL audio package. Further distinctions are apparent on the exterior where the red “Supra” Badge and red GR Supra decorated brake calipers serve as additional exclamation marks on the coupe. You will also have your choice of two limited colors, Matte White and CU Later Gray. Moreover, the forged 19-inch wheels come dressed in Frozen Gunmetal Gray. Finally, lift the hood to discover that red strut tower braces are yet another special feature for this limited-run model.

The second announcement came from Honda as the company released more information and pricing details about the 2023 Acura Integra. That model arrives in June and replaces the forgettable Acura ILX. On the price front, the Integra will cost $30,800, which is $3,500 more than the outgoing ILX. Even so, the new Integra will have the best value proposition among premium models.

The Acura Integra will come exclusively with a 1.5-liter turbocharged four-cylinder engine producing 200 horsepower and 192 pound-feet of torque. Power routes to the front wheels utilizing a continuously variable transmission. To get the available 6-speed manual gearbox, customers must opt for the range-topping A-Spec with Technology Package that includes an adaptive damping suspension system. That move will cost an additional $5,000 and includes either the CVT or the manual. In other words, opting for the manual does not require an additional cash outlay beyond the package.

In social media, #SaveTheManuals is the clarion call of enthusiasts everywhere. That siren, however, seems muted in this age where nearly everyone is talking about electric vehicles. If you are not aware, EVs will not just replace gas and diesel engines with electric batteries and motors, but they will offer something akin to a single-speed automatic transmission to turn the wheels. Thus, the manual transmission will eventually go the way of the dodo bird, at least in new production vehicles.

These days, you must search hard to locate manual transmissions. The Dodge Challenger, Chevrolet Camaro, and the Ford Mustang still offer them, but the Corvette does not. The Hyundai Veloster N, Honda Civic Si, and the Subaru BRZ also have them. In the luxury sphere, BMW manuals are restricted to select M models, while Cadillac reserves them for the Blackwing series.

We cannot hold off change, but we can enjoy what we have RIGHT NOW. Therefore, the Toyota GR Supra 3.0 and the Acura Integra A-Spec with Technology Package bring the fun factor and that is no small delight to row-your-own enthusiasts everywhere.