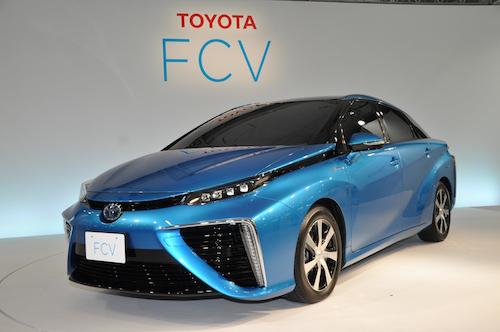 A new study from the Institute of Transportation Studies at the University of California, Davis, sees tremendous promise in hydrogen vehicles. The study says that fuel cell electric vehicles (FCEVs) may be just a few years, not decades behind conventional electric vehicles, as the state of California partners with industry to construct much-needed fueling stations.

Titled, “The Hydrogen Transition,” the study’s researchers believe that a “convergence of factors” are at work to advance the market introduction of FCEVs, at least in California. Indeed, by clustering the hydrogen fuel cell infrastructure in regional areas, costs will be greatly reduced and an early market established before it is deployed nationally.

The study noted that government and industry collaboration is already driving down vehicle and hydrogen station component costs as new vehicles come to the market. Several manufacturers have been testing small groups of prototype or production vehicles for years. Just this spring, Hyundai introduced its Tucson Fuel Cell, the first mass-produced model to hit the market. Next year, Toyota will bring its own vehicle to the market and other manufacturers have promised to do the same.

“We seem to be tantalizingly close to the beginning of a hydrogen transition,” said lead author Joan Ogden, professor of environmental science and policy and director of the Sustainable Transportation Energy Pathways (NextSTEPS). “The next three to four years will be critical for determining whether hydrogen vehicles are just a few years behind electric vehicles, rather than decades.”

Building Out an Infrastructure 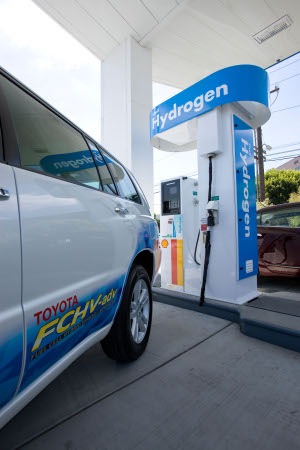 Besides the steep manufacturing costs that has made FCEV production cost prohibitive, a nonexistent infrastructure has also slowed the transition. Indeed, until this year, there were only 11 fueling stations in the United States, with nearly all of them concentrated in Southern California.

Various public-private partnerships have emerged just this year to build a hydrogen infrastructure in California. That collaboration is reducing design costs, what is giving manufacturers and consumers alike the confidence that hydrogen may take hold.

The Davis researchers have estimated that a $100 to $200 million regional investment would make hydrogen cost effective for up to 50,000 vehicles supported by 100 fueling stations. Reaching that threshold would make hydrogen competitive with gasoline on a cost-per-mile basis, according to the study.

Already, California has made a financial commitment of $46 million to build 28 fueling stations. The governments of Japan and Germany are making similar investments in their respective infrastructures.

This past May, Auto Trends reported that Toyota agreed to invest an unspecified amount of money to help bolster California’s infrastructure. The automaker is also partnering with Linde LLC to build a hydrogen fuel station on its property in San Ramon, just outside of San Francisco.

The 53-page report looked at several other points related to hydrogen deployment.

The researchers concluded that effective public policies will go far in developing infrastructure with consumer incentives paving the way toward acceptance. Just as the current crop of electric vehicles come with benefits such as tax credits, free parking and access to High Occupancy Vehicle lanes, FCEV owners might also receive the same.

A recent boom in low-cost natural gas will have a corresponding effect in keeping hydrogen costs affordable. As for national benefits, the researchers found that the subsequent reduction in air pollution, climate change and oil dependence will outweigh the transition costs by a factor of 10 to 1.

The study also noted that automakers are already heavily invested in FCEVs, having committed more than $9 billion thus far. The US Department of Energy says that its own investments have encouraged private sources to jump in, who have spent 6 to 9 times the government contribution.

Despite the billon dollar efforts to build a hydrogen infrastructure, the industry is not without its detractors. Elon Musk, chairman of Tesla Motors, is a strident critic having called fuel cells “fool cells” and a “load of rubbish” reports Bloomberg. Then again, Musk may have the most to lose if FCEVs catch on as his own company is heavily invested in EVs.