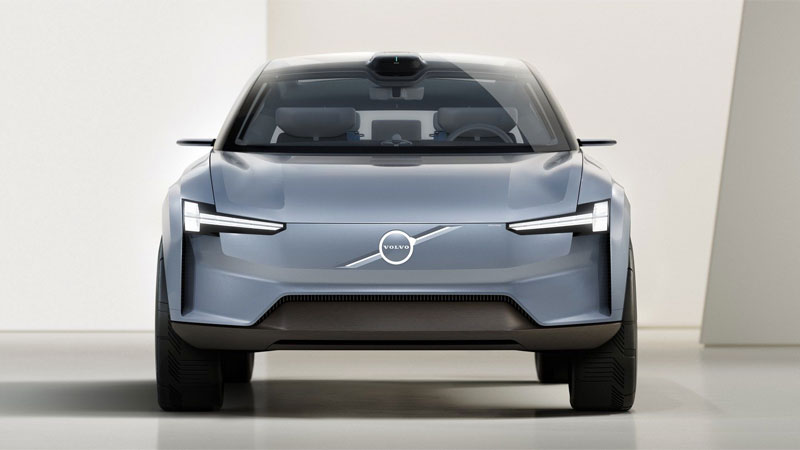 Volvo had plenty of success while only selling more executive cars, and it is easy to understand why they would desire to produce an accessible entry model.

Moreover, Volvo has plans for full electrification by the year 2030. In response to these targets, Volvo announced the Volvo XC20, a small full-electric premium SUV.

Volvo was purchased by Chinese manufacturer Geely in 2010, and consequently, all the technologies are co-created and shared between the manufacturers. This is important because the Volvo XC20 will share the Sustainable Experience Architecture, a full EV platform, with its more upscale relatives such as the Volvo XC40 Recharge and the Polestar 2.

There is a myriad of claims regarding the platform’s reliability, scalability, and, more importantly, longevity. Volvo, and consequently Geely, reported that the battery system used in the SEA platform will last upwards of 1.2 million miles and 16 years.

As far as sizing is concerned, the Volvo XC20 should target the B-segment or subcompact, so it should be as big as a Honda HR-V, a Jeep Renegade, or the Mazda CX-3. The Volvo XC20 should measure between 13.8 to 14.4 feet long, and given the platform’s optimization, we can expect ample room for passengers and luggage.

Another paramount bit of trivia worth noting is the car’s name. The car is named “Volvo XC20”; however, Volvo wants to step away from the current model nomenclature and choose a regular given name.

For instance, the upcoming replacement for the Volvo XC90 will probably be named the Volvo Embla, considering the CEO’s statement regarding the issue. Embla is the first woman that appeared in Norse mythology, like Eve. Thus, the Volvo XC20 will most likely suffer a similar fate and receive a mythology-inspired given name.

Until this day, there aren’t any official renderings or models of the upcoming Volvo XC20. All the photos showcased online either present the XC40 Recharge, the Volvo Concept Recharge, or aren’t official renderings. Notwithstanding, Volvo’s styling is iconic, and it is for certain that any design cues will match the ones found on the XC40 Recharge or the Concept Recharge.

On top of this, Volvo’s CEO, Hakan Samuelsson, wants to improve range by employing a better optimized aerodynamic design. If that is truly the reasoning, it is a bit peculiar, because air resistance increases with speed and the Volvo XC20 should be a city car (1).

Accordingly, we can expect it to look like that of the XC40 Recharge, with the expected Volvo flair. A generous infotainment screen, an appealing choice of qualitative plastics and cloths with some leather accents, and a minimalistic approach concerning physical inputs are to be expected. We are also certain that the XC20 will also use the current Google integration into the infotainment system, as it is found on the XC40.

There is not any information disclosed regarding range, battery capacity, or motor power.

As Many as Three Electric Motors

Despite this, the SEA platform allows Volvo to install up to three motors, but that is too much for a small crossover that is aimed at city driving. As such, and with the XC40 specifications in mind, we can expect around 200 miles of range with a singular motor driving the front wheels, fitting nicely into the missing marketplace, all while keeping the costs down.

The Volvo XC20 should be brisk, and it should possess a 0–60 mph time of around seven seconds, which is plentiful for a forced zipper merge or to catch that green light.

As we all know, Volvo is the safety king, so we can expect all the possible features available now. We can anticipate all manners of sensors and assistance, from lane-keep assist, emergency braking, a full suite of airbags, blind-spot monitors, and a multitude of other features.

Without an engine sitting in the engine bay, we can foresee the XC20 topping the B-segment crossover charts in all kinds of crash test ratings (2).

The Volvo XC20 should arrive in 2023, a few months after the Volvo XC90 becomes the Embla. The Volvo Embla should be unveiled in 2022, and relatively soon, seeing how the current XC90 has been in production since 2015. Therefore, we expect the Volvo XC20 to be revealed no later than this fall.

Pricewise, we can assume it will have a starting price of around $35,000 or in line with the XC40. Otherwise, the price difference between the two would not be all that significant. Moreover, the price will match other variants on the market, such as the Hyundai Kona EV.