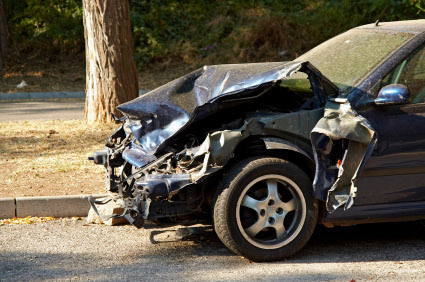 In the context of auto insurance, the term “no-fault” simply means that car insurance customers will each get compensated for their own damages after an accident by their own insurance companies, without regard to who may be at fault for the accident. No matter who caused it, each driver is responsible for most of their own costs.

In return, insurance customers usually accept some restrictions on their right to recover additional money from the other driver via a lawsuit. Generally, no-fault provisions will apply up to a certain dollar amount of damages – typically $1,000 to $2,000.

State legislatures write the laws governing insurance reimbursement and lawsuits, and many states have elected a ‘no-fault’ insurance system. As of this writing, the states which have enacted a no-fault auto insurance system to some degree are Florida, Hawaii, Kansas, Kentucky, Massachusetts, New Jersey, New York, North Dakota, Pennsylvania and Utah. Each state has somewhat different laws governing the specifics.

The alternative system – enacted to at least some degree by other states, is a traditional tort system. Under the traditional tort system, people who suffer damages in an auto wreck are free to pursue damages from other drivers – and by extension, from their insurance companies through the courts. Establishing that one party or the other was “at fault” is a critical part of this process. But this process often requires lengthy and expensive investigations, inquests, and court proceedings. Victim compensation can be held up in litigation for months or years.

Example: You are driving near your residence in Florida and you get distracted. You run a stop sign. As a result, you collide with another car, causing $1,000 worth of minor cosmetic damage to the other vehicle, and $750 to your own. There are no injuries. You have a $500 deductible, and you file a claim.

Your insurance company does not normally pay the other drivers’ claim. The other driver, if insured, gets compensated by his own insurance company. There is no attempt to establish fault for the purpose of establishing liability (although if you make a habit of racking up claims, your insurer will probably adjust your premiums upward!)

The chief advantage of the no-fault auto-insurance system is its simplicity. Because smaller accidents do not require an extensive investigation to establish fault, insurance companies can process claims quickly – often compensating their customers in a matter of days, not weeks.

In theory, the system also reduces costs, since it eliminates much of the legal wrangling over the majority of accident cases. This translates to potentially lower premiums across the board, not just because of the efficiency, but also because drivers have lower limits on the damages they can be held liable to pay.

Theory and reality are two different things – and no-fault insurance systems have not been as successful in rolling back insurance costs as their proponents had originally hoped. The no-fault system tends to favor poorer drivers, at the expense of more responsible drivers because the costs of accidents are shared more evenly with the drivers who did nothing wrong.

Additionally, some people have abused no-fault provisions by using their auto insurance policies to substitute for medical policies, by combining an accident with insurance fraud. Critics of the system have argued that no-fault schemes hurt consumers by restricting their rights to sue for damages while not materially reducing their premiums.

You don’t have to worry about figuring out your state’s requirements, because any insurance provider will do that for you. However, make sure you understand the potential financial impacts of an accident those relating to your own car, your own medical bills, and your potential liabilities so that you can choose a plan that’s right for you.