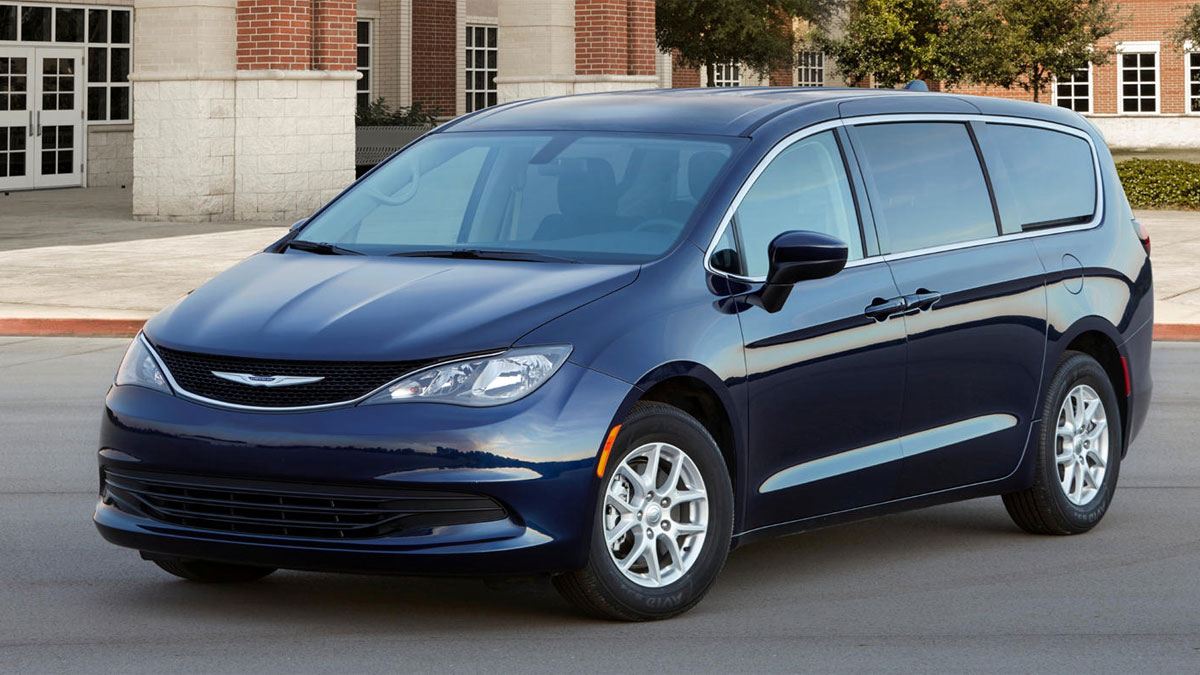 The Chrysler Voyager is back, a model name first used by the long-defunct Plymouth brand.

When Plymouth was discontinued in 2001, the then Plymouth Voyager minivan became a Chrysler model for a few years and was sold alongside the Chrysler Town & Country.

Fast forward to today and few consumers will know anything about the Voyager. Indeed, that’s about to change as we explore how Fiat Chrysler intends to revive the rejuvenated nameplate.

In 2017, Chrysler introduced the Pacifica, replacing the previous Town & Country minivan or multipurpose vehicle. This all-new vehicle is distinct from the Dodge Grand Caravan, which remains in production.

Notably, all Fiat Chrysler minivan models are built at a Canadian manufacturing plant in Windsor, Ontario.

1. Return of the Chrysler Voyager.

The Voyager nameplate returns for 2020, reassigning the low-end Pacifica models offered under the L and LX trims. A third trim, the LXi, rolls out, which is for fleet service only.

As for the Pacifica, it will have seven trims, beginning with the Touring. Also, the hybrid variant remains a Pacifica exclusive.

2. Seating for seven or eight.

The 2020 Voyager seats seven in standard form or eight when the second-row captain’s chairs are swapped out for a bench seat. Chrysler’s famous “stow ’n go” seating, which stores the second-row seats in the floor, is included.

3. The same powertrain is offered.

The Chrysler Pacifica comes with a 3.6-liter V6 engine, which creates 287 horsepower and 262 pound-feet of torque. That same engine, along with the Pacifica’s nine-speed automatic transmission, motivates the Voyager. Power is routed to the front wheels.

4. Towing when you want it.

The 2020 Voyager is rated to pull up to 3,600 pounds, which is the same as the Pacifica. That’s slightly better than the 3,500-pound rating of the Kia Sedona, Toyota Sienna, and the Honda Odyssey.

The 2020 Voyager has a 3.5-inch digital information display and Chrysler’s UConnect 4 system with a 7-inch touch-screen display. A six-speaker sound system, Apple CarPlay and Android Auto smartphone compatibility, and an available single overhead DVD round out the tech offerings.

The 2020 Chrysler Voyager arrives in Fall 2019 and will be sold alongside the Pacifica in Chrysler showrooms. Chrysler prices the base model from $26,985, plus a $1,495 destination fee. It comes with standard steel wheels, available alloy wheels, six exterior color choices, and three interior color options.

Chrysler’s strategy for the Voyager may mean that this vehicle will eventually replace the Dodge Grand Caravan, which is this automaker’s best-selling minivan. Further, the Grand Caravan is an aged model based on the same platform underpinning the retired Town & Country and is widely expected to be discontinued.