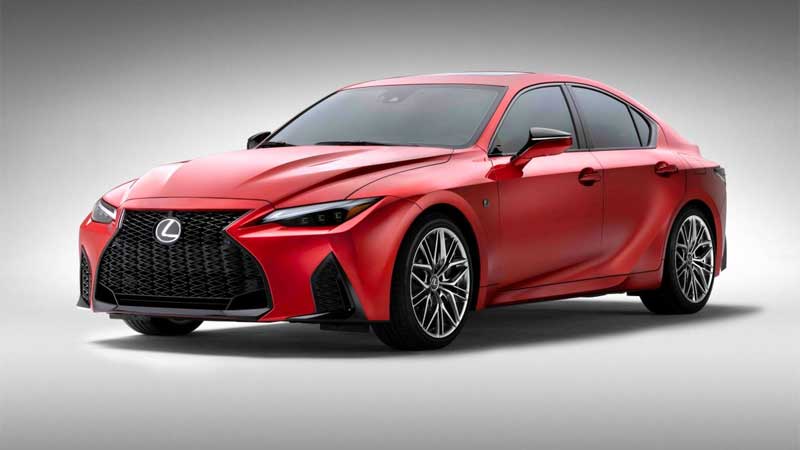 Optimum power comes to the IS range.

Ever since Lexus discontinued the GS sedan and its potent GS F variant, rumors of an IS F model have continued. After all, by dropping the GS, Lexus left a big gap in its performance sedan lineup, one that seemed as if it would eventually fill.

Well, the good news is that an IS performance variant is on its way. This week, Lexus announced the 2022 IS 500 F Sport, which might have worn the IS F badge earlier, but a change in naming conventions isn’t stopping Lexus from delivering what some customers want: a V8-powered IS.

The new model is exclusive to the North American market and brings with it a 5.0-liter naturally aspirated V8 engine with 472 horsepower and 395 pound-feet of peak torque. Lexus says the new model works with an 8-speed automatic transmission tasked with routing power to the rear wheels. A 0-60 mph time of 4.5 seconds is projected for this hot IS. A dynamic handling package, adaptive variable suspension, and a Torsen limited-slip differential (ideal for maintaining straight-line stability) are included.

The IS 500 F Sport joins two other models: the IS 300 and the IS 350 F Sport, which are powered by a turbocharged four-cylinder and naturally aspirated V6 engine, respectively. Both engines get the job done, but something more was needed. Lexus heard its customers’ requests and responded in kind.

Besides the V8 engine, which along with other equipment enhancements adds just 143 pounds to the IS, the new model features a hood that’s raised by nearly 2 inches, sculptured center lines, and lengthened front bumpers and fenders to accommodate the larger engine. The IS 500 comes with standard 19-inch split-10-spoke Enkei alloy wheels, a revised lower rear diffuser accent to enhance the quad exhaust system, and dark chrome window trim. A black IS F SPORT rear lip spoiler rounds out the exterior improvements.

Inside, F SPORT Performance badging is found on the door sill scuff plates and on the heated leather-wrapped steering wheel. Also included is an IS F SPORT accelerator pedal, brake pedal, and footrest. Check out the instrument meter photo shown below as it receives an updated startup animation that is exclusive to this model.

On the safety front, the IS 500 comes with the same Lexus Safety System+ 2.5 package that comes with the other trims. This package includes a pre-collision system, frontal collision warning, automatic emergency braking, pedestrian detection, and bicyclist detection.

With the IS 500 F Sport slotting in where the GS F once was, Lexus maintains a small, but an impactful group of cars to stir the hearts of performance enthusiasts.

The new IS 500 joins the RC F as well as a trio of LC models – coupe, convertible, and hybrid. Competing models include the Cadillac CT4 and CT5, BMW M3 and M4, and the Mercedes-AMG 43 C Sedan, among others.

The days of high-performance gas-powered cars may be coming to an end, however. That’s because the entire auto industry appears ready to pivot to full electrification. Lexus, along with the Toyota brand, has been pointing that way for years, with more hybrid models offered than all brands combined.

Lexus says the 2022 IS will arrive this fall. Pricing and other details will be available closer to its release date. 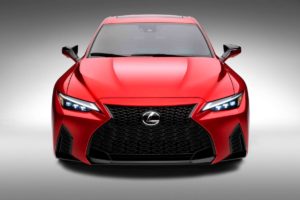 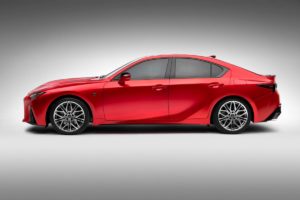 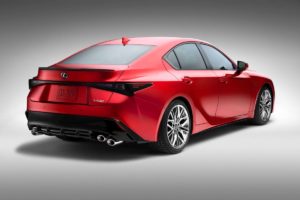 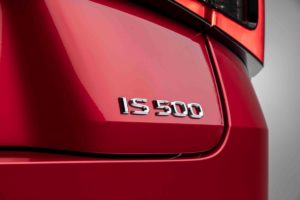 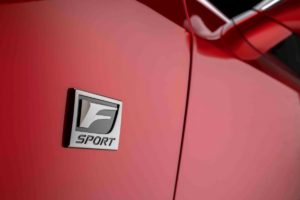 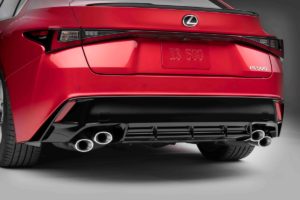 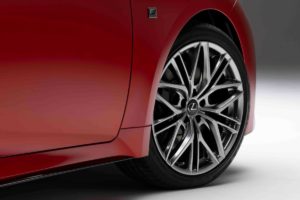 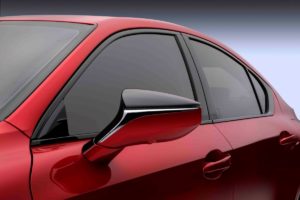 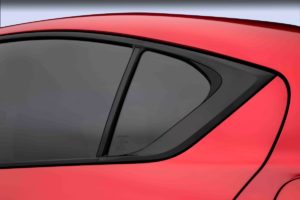 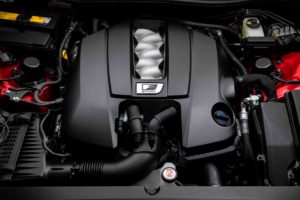 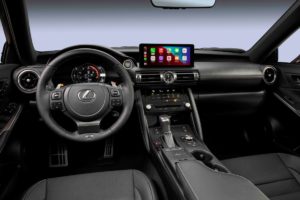 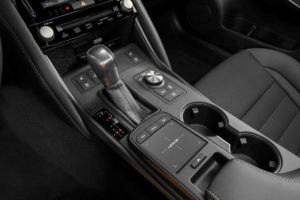 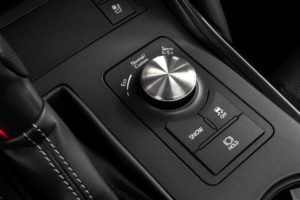 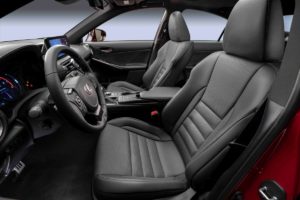 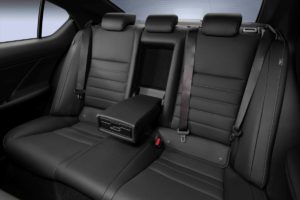 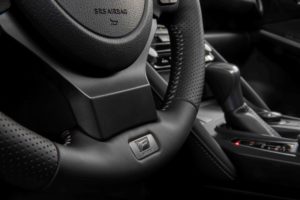 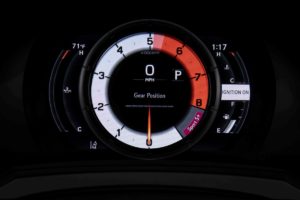 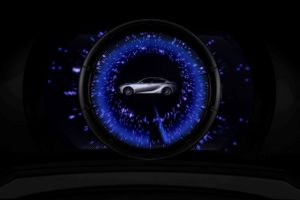 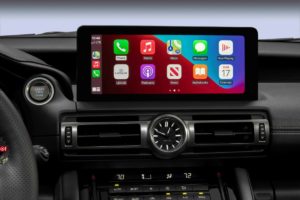