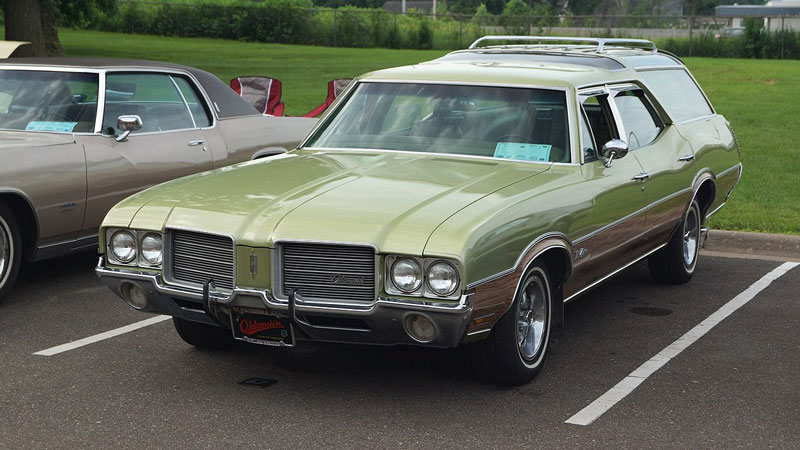 The auto industry continues to evolve and consolidate, casting off brands or seeing the demise of entire automakers including Saab. In the United States, we have seen the death of several car brands in recent years including Mercury, Pontiac, and Plymouth.

Hundreds of brands have come and gone down through the years, usually because of intense competition. Among those brands are five that may have disappeared, but are hardly forgotten.

With its life spanning parts of three centuries, Oldsmobile’s demise is perhaps the most notable of all American car brands. Founded in 1897 by Ransom E. Olds, the Olds Motor Works was bought by GM in 1908 and stayed around until 2004.

Tens of millions of Oldsmobiles were sold throughout its long history. In 1976, the Olds Cutlass was the best-selling American model and in 1985 sales pushed past 1 million units.

By the early 1990s, GM’s failure to distinguish its brands began to take its toll and Oldsmobile suffered the consequences of declining sales. By the early 2000s, GM decided to shut down Oldsmobile to concentrate on its emerging Saturn brand.

Founded as the Ohio Automobile Company in 1899 by James Ward Packard, this luxury automaker assumed its founder’s name beginning in 1902. The company quickly enjoyed a reputation for building stylish, high-quality automobiles.

As an independent car manufacturer, Packard did not enjoy the deep financial pockets of General Motors and the Ford Motor Company, but it did make use of a money-saving single production line to build all of its models.

That kept the company afloat during the depression when similar smaller manufacturers including Duesenburg, Pierce-Arrow, and Franklin failed.

Packard made it through the Second World War when production for all car manufacturers was halted. However, it began to compromise on its luxury status, going for the volume business and shedding its premier status once production resumed.

In the 1950s it merged with Studebaker and the last Packard was produced in 1958 as demand for its cars declined.

Hupmobile, named for Robert Craig Hupp, was another manufacturer that folded during the depression. Its first car, the Hupp 20 H.P. retailed for $750. It featured a four-cylinder engine, a sliding gear transmission, and Bosch High Tension Magneto side and tail lamps.

Named after the Spanish explorer Hernando de Soto, DeSoto was a brand founded by Walter P. Chrysler in 1929. Created as a mid-priced brand, slotting it above the recently created Plymouth make.

DeSoto was particularly aimed at the Dodge Brothers, acquired by Chrysler soon after DeSoto’s launch, giving the automaker two mid-priced brands. Later, Chrysler improved DeSoto’s status to sell above Dodge and just below the Chrysler brand.

DeSoto set first-year sales records and went on to produce a number of memorable models including the DeSoto Adventurer coupe in the 1960s. That hard-top coupe was also chosen as the pace car for the 1956 Indianapolis 500, the first and only time a DeSoto model was selected.

DeSoto’s demise had largely to do with Chrysler’s introduction of its Imperial brand in the 1950s, a luxury marque positioned to take on Cadillac and Lincoln. The Chrysler brand was demoted to near-luxury status, overlapping DeSoto. When the Newport was introduced in 1961 as Chrysler’s lowest-priced model, it sealed DeSoto’s fate and the brand was canceled.

Few people might recall the Tucker brand apart from Francis Ford Coppola’s movie, “Tucker: The Man and His Dream.” That 1988 production told the story of Preston Tucker and his dream to build an innovative sedan.

The Tucker 48 was the lone model produced by this car manufacturer with just 51 copies built in 1947 and 1948. That model featured a rear engine, rear-wheel drive design, had a directional third headlamp centered above the grille and included several safety features such as shatterproof glass that were ahead of its time.

Tucker’s demise was largely attributed to an investigation by the U.S. Securities and Exchange Commission and the U.S. Attorney General over its handling of finances. The company officials were indicted, charges were later dropped, but the negative publicity eventually contributed to Tucker’s demise.

If LaSalle was in operation today, its business equivalent would be Scion. Just as Scion is part of the Toyota brand, LaSalle found a home in Cadillac.

LaSalle, like Cadillac, was named for a French explorer. It was created in 1927 by GM chairman Alfred Pritchard Sloan, Jr., developed solely as a lower-priced companion car to Cadillac. The brand served to fill perceived gaps in the GM product portfolio then composed of Cadillac, Buick, Oldsmobile, Oakland, and Chevrolet.

Cadillac built and sold LaSalle, essentially a lower-priced Cadillac established to compete against the Packard Six. LaSalle sales were still going strong when the brand was canceled in 1940, largely to allow GM to concentrate on Cadillac and Buick, with the latter taking over LaSalle’s purpose.

Out With the Old, In With the New

Intense competition across the American landscape has sent many brands packing. Those vehicles are still showcased at popular classic car shows around the country, offering show visitors tangible examples of an industry in constant change.

New American brands such as Tesla, Rivian, and Bollinger are still being created, demonstrating that ingenuity and marketing savvy continue to define the auto industry today.