So, what do you think about the Washington Auto Show, I inquired. Is it something that I should plan to attend? With a wry smile the esteemed auto journo replied, It isn’t as exciting as Detroit what with all the policy talk, so if it came down to choosing just one I would go to Detroit. After all, every top manufacturer will be there and they throw some really great parties!

Leaving on an Amtrak Train

I carefully took in his response, offered my thanks and then left. Over the ensuing weeks I must have decided that I would ignore his advice and party possibilities as I found myself contacting the Washington Auto Show to secure my media credentials. After all, I had been to the Detroit auto show as well as to shows in Los Angeles and New York. Why not take in a lively debate about affordable mobility and get some close up looks at the hairpieces of not a few of our elected officials? 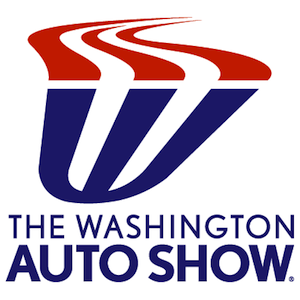 The Washington Auto Show is different, but still important and it is for those reasons why Im boarding an Amtrak train and heading out. How ironic is that? This auto journo will rely exclusively on mass transportation to get around. Well, you can call it irony or just consider it plain good sense: Washington, DC is best visited on foot with mass transit making connections between various points of interest possible.

Instead of official media days, the Washington Auto Show holds a Public Policy Day on Capitol Hill on Wednesday followed by an Industry/Media Day at the Walter E. Washington Convention Center on Thurs. That second day begins with a WAPA- and IMPA-sponsored breakfast followed by a keynote address from Audi of America president, Scott Keogh. Later that morning will be a congressional summary of the top policy priorities followed by the first-ever Green Car Technology Award announcement by Green Car Journal.

The remainder of the policy day will include announcements from Ford, Jeep, GM and Nissan with US Secretary of Energy, Steven Chu, presenting the government keynote address in the afternoon. A plenary session, a joint EPA-NADA partnership announcement and an auto show preview follow.

If you are in the area, the public portion of the show will be held from Feb. 1 to Feb. 10, 2013. New this year is a Luxury Showcase that brings 11 luxury brands together on the first floor and an Exotic Car area. Ive been told that the Advanced Technology SuperHighway Café is not to be missed, as it features current innovations in safety, sustainability and technology.

All told, more than 700 new vehicles from 42 manufacturers will be present. Sure, the DC auto show may not have the allure of a Detroit or Los Angeles automotive event, but you aren’t likely to feel shortchanged either with cars, stars, contests and even car giveaways among the many attractions of this annual very capital event.

0 156
Made Across America at the Washington Auto Show