Corporate average fuel economy (CAFE) represents the fleet average for automotive manufacturers nationwide. The federal government has mandated that automakers reach a 54.5 mpg threshold by 2025 with incremental increases between now and then.

To obtain ever higher fuel economy numbers, car manufacturers are downsizing models, shifting from heavier body-on-frame to lighter unibody construction, making use of smaller engines and adding a few extra gears to transmissions. Lighter weight materials, such as carbon fiber and aluminum are also being added, making it possible for cars to achieve higher year-over-year fuel economy numbers.

For the 2014 model year several vehicles are offering improved fuel economy over earlier models. Sometimes the changes are more profound as in a generational product change to more subtle changes made to engine performance. 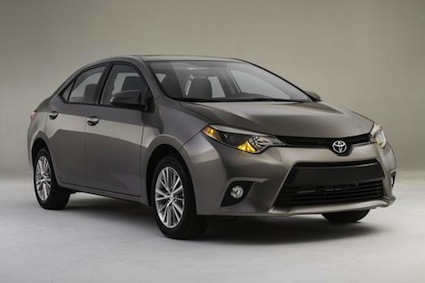 The best selling vehicle in the world is the Toyota Corolla although some contend that the Ford Focus now outsell’s this iconic compact car. For 2014 the Corolla is all-new with a fresh face and a slightly longer wheelbase.

While the Corolla comes in a bit larger, it also is more efficient. The base 1.8-liter four cylinder engine returns and is now available with an optional “Eco” mode. As outfitted, this model is rated 30 mpg in the city and 42 mpg on the highway, up from its previous 27 mpg around town and 34 mpg on the highway. This engine is now paired with a continuously variable transmission.

Chevrolet has gotten clobbered in the midsize sedan segment despite serving up an all-new model for 2013. Its design has been criticized for not being bold enough, forcing GM to hasten its mid-cycle refresh by several years. 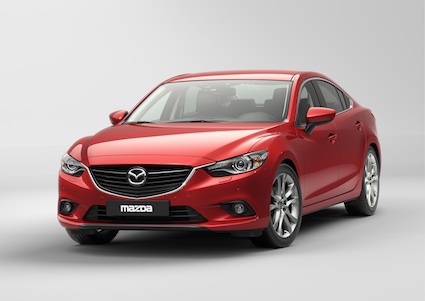 The 2014 Mazda6 has been on the market for some time now. It is an all-new model employing the brand’s SKYACTIV technologies (i.e., more fuel efficient engines and transmissions, lighter weight materials) to deliver a much more fuel efficient model.

At first glance, the three engines found in the 2014 GMC Sierra and sister Chevrolet Silverado seem to be the same as those offered in 2013 and earlier years. However, all three are now third generation engines, sporting the EcoTec3 label. The new engines feature several changes including what is most apparent on the 5.3-liter V-8: cylinder deactivation, variable valve timing and direct injection. 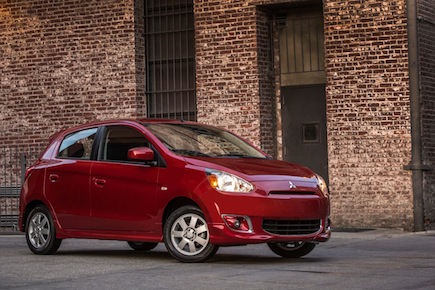 The Mitsubishi Mirage gets an honorable mention here. Because the model is all new and does not replace a previously offered vehicle, you cannot compare it with itself. The Mirage name is not new — it was used on a compact car in the 1990s and the new model is a subcompact.

Choose a 2014 Mitsubishi Mirage and pair its 1.2-liter four cylinder engine with a continuously variable transmission and your vehicle is rated at 37 mpg in the city and 44 mpg on the highway. That is best for a small car that is neither a hybrid nor a diesel. Mitsubishi credits a 0.28 coefficient of drag, variable valve engine timing and electronic power steering in helping the Mirage achieve its lofty mpg threshold.

If you were to survey the entire automotive industry over the past several years it is apparent that car manufacturers have been making incremental changes year over year. Expect to see more diesel-powered cars, hybrid electric vehicles and electric vehicles enter the mix in a bid to raise CAFE. Most consumers, however, will continue to buy conventionally powered vehicles, but those models will come in lighter and more efficient than the ones currently available.

0 55
Craigslist Car Scams and How to Avoid Them

0 60
Zero Percent Financing: Is It Worth It?