Mark Dec. 2, 2013, on your calendars and save the date for posterity. Especially if you are a Saab fan.

Today marks the restart of Saab 9-3 production, an entry-level luxury sedan last produced in April 2011. Saab, then under control of Spyker NV, filed bankruptcy in Dec. 2011. At that time and for months to come it appeared that we had seen the last new vehicles from Sweden’s second largest car manufacturer after Volvo. 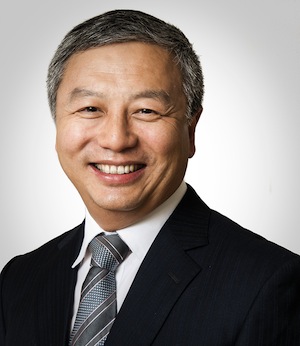 Well, Saab is back from the dead, and it will be marking its resurrection by holding a 1 p.m. (local time) press conference at its manufacturing plant in Trollhättan. On hand will be National Electric Vehicle Sweden founder and owner, Kai Johan Jiang, and NEVS president Mattias Bergman. NEVS is the latest owner of Saab, having purchased the company summer 2012, pulling it out of bankruptcy.

Following the press conference the first car, a Saab 9-3 Aero Sedan, will roll off the assembly line with photo and interview sessions following. The sedan continues where it left off, sporting a design introduced in 2003.

One important difference for 2014 is that its Griffin logo has been replaced, with the letters SAAB in caps appearing alone. NEVS was unable to secure the rights to the previous logo, owned by the Saab Group, a Swedish aerospace and defense company that founded Saab Automobiles.

The new Saab has a decidedly Asian influence with its parent company, NEVS, itself 78 percent owned by National Modern Energy Holdings Ltd. NME is based in Hong Kong and is a subsidiary of China Dragon Base Holdings. The remaining 22 percent share is held by Qingdao Qingbo Investment Co Ltd., a subsidiary of the city of Qingdao in eastern China.

Though the first Saab produced will be a gasoline-powered model, vehicle electrification is also in its future. NEVS’ sister company, Beijing National Battery Technology, operates an electric vehicle battery manufacturing plant in Beijing. The company uses what it calls “Japanese advanced technology” to produce highly dense batteries and plans to build EV Saabs in China for domestic consumption beginning in 2014.

NEVS will have its work cut out for itself as it seeks to rebuild its European sales network. US sales are a possibility, but only after the company has reestablished itself in Europe and organized its Chinese network.

Dutch sport car maker Spyker NV saw its $3 billion lawsuit against GM tossed by a US judge last June. Spyker accused GM of attempting to bankrupt the automaker and for blocking a deal to sell Saab to a Chinese rival. However, the judge sided with GM, citing a clause in GM’s agreement with Spyker that it had the right to prevent ownership change.