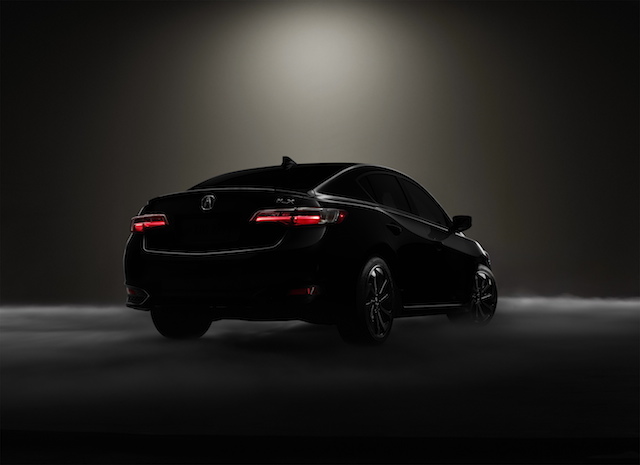 Among entry level premium models, the Acura ILX has found its place in the market. Its sales, however, are down by 15.8 percent for the year through Sept. for a model that is clearly overmatched by competing vehicles, including the Buick Verano, Lexus IS250, Audi A3 and the Mercedes-Benz CLA250.

Introduced in gas and hybrid configurations for the 2013 model year, Acura dropped the hybrid for 2015, relying on a pair of gasoline engines going forward. Since its introduction, Acura has sold fewer than 3,000 hybrid ILXs, a paltry number covering two full model years.

This week, Acura announced that it would show a “substantially new 2016 ILX” at the 2014 Los Angeles Auto Show next month. “Substantially new” is a code phrase for “mid cycle refresh,” not a generational shift — instead, its debut is keeping with the industry’s usual practice of refreshing a model in the third or fourth year, before readying an all-new model after six years.

Acura hasn’t said much about its refresh and offered only a light-restricted three-quarter view of the sedan from the rear as featured here. In a related press release Acura noted, “…the 2016 ILX will bring a sharper performance focus while delivering a greater set of high-value comfort, convenience and safety features that consumers desire in the increasingly competitive entry-luxury field.”

That “increasingly competitive” field includes new models from Audi and Mercedes-Benz as well as the next generation Buick Verano, the latter expected to arrive within the next 12 to 16 months.

Acura says that it attracts more under 35 buyers than its competitors, a good thing for a brand that wants to bring in new customers and keep them. Even so, the Acura ILX has been criticized for its bland looks, anemic performance and the fact that it is based on the Honda Civic Si. Not that the Si is a dud, its just that the Acura ILX hasn’t met even modest expectations. You might do better buying the Honda and pocketing the difference.

The current Acura ILX is powered by a standard 2.0-liter four cylinder engine making 150 horsepower and 140 foot-pounds of torque. Those numbers are certainly not meant to suggest performance, instead the ILX is a fuel economy leader with its 24 mpg in the city and 35 mpg on the highway rating.

You can also choose a 2.4 liter four cylinder engine making 201 horsepower and 170 foot-pounds of torque. It gets 22 mpg in the city and 31 mpg on the highway. Choose the base engine and you get a 5-speed automatic transmission. Go with the larger engine and you’ll work with a 6-speed manual transmission.

With little product information offered by Acura, the speculation has begun. Tweaks to the body and interior are a given. More performance seems likely and an all-wheel drive option may be readied, in keeping with the direction Acura has promised as reported by Auto Trends here last week. If Acura does go with the latter, it will match what Audi, Lexus and Mercedes-Benz offer. It might also force GM to seriously explore an all-wheel drive option for the Verano.

AWD may yet show up, but it may have to wait until the next generation ILX is released. If that is the case then figure Acura would keep the refresh around for two years before debuting its next generation model. Wait any longer and both its current and new competition could move further ahead.

For Acura fans who have been patiently waiting for the brand’s next move, the ILX refresh may be just the start of greater things. Anything less and its competitors will widen the sales gap, hardly the outcome parent Honda Manufacturing wants to entertain.