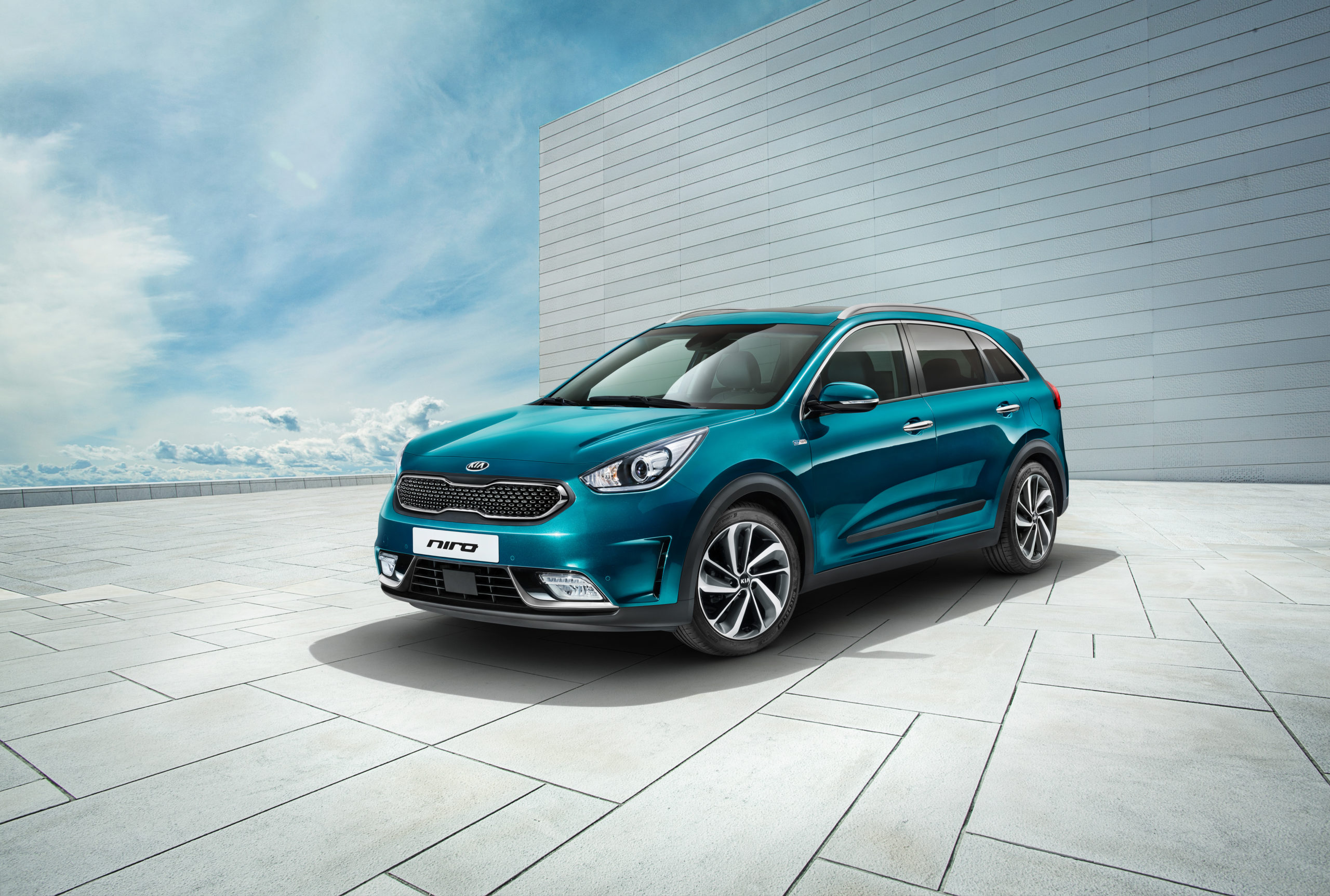 Kia Motors America has been relatively quiet in the hybrid electric vehicle arena, trailing most other major brands with only an Optima Hybrid to show for it. However, that’s all about to change as Kia introduced a trio of new hybrid models at the 2016 Chicago Auto Show this week.

One of those models is the second-generation Optima Hybrid, joined by a plug-in variant of the same. Even though these two models are important, it is the third model that may be the most intriguing — a Kia Niro crossover utility vehicle, designed exclusively as a hybrid, one with the intrepid Toyota Prius fixed in its crosshairs.

Indeed, Kia calls the Niro a key component in the company’s Green Car Roadmap. Importantly, the Niro offers a traditional design, eschewing the usual bubble-shaped theme common to humble hybrids such as the Prius, Honda Insight, and other models that have gone before it. The hybrid’s most significant attribute may be the Niro’s projected 50 mpg combined fuel economy rating, matching Toyota and besting all other rivals.

“The Niro hits the sweet spot by offering the best combination of outstanding mpg, an engaging driving experience, utility, and most importantly, a stunning design that doesn’t shout ‘hybrid,’” said Orth Hedrick, vice president product planning KMA. “The subcompact CUV market continues to be one of the fastest-growing segments in the world, and the Niro offers a uniquely alluring yet practical package that consumers haven’t seen before.”

The Niro is a product of Kia Motors EcoDynamics, a sub-brand tasked with advancing this manufacturer’s hybrid blueprint. Prior to the Niro, the development group was responsible for the first-generation Optima Hybrid and the Soul EV. More models will follow, allowing Kia to triple its green car fleet by 2020.

Kia tapped a pair of design studios to collaborate on the Niro’s design and execution — Irvine, California, and Namyang, Korea. Notably, the designers chose a design that is at once familiar as it is sporty — the brand’s familiar tiger-nose grille amplifies the front fascia.

Body sculpting in the form of robust embrasures up front and along the profile gives this model a sporty look. Strong shoulders, a rising belt line, upper character lines, a sweeping roof line and large wheel wells are also present.

From the rear, a liftgate spoiler, wraparound combination lamps with distinct LED lights, reflector lights and bumper garnishment is present.

The interior is dressed in glossy white or black accents with a clean and uncluttered instrument panel, chromatic and informational gauges, and strategically placed secondary controls. Sitting on a 106.3-inch wheelbase, the Kia Niro is slightly longer between the wheels than models such as the Toyota RAV4, Ford Escape, and the Honda CR-V. The model’s wide stance, tall height and roomy interior provides generous room for five and ample cabin space to augment it.

Under the hood is an all-new 1.6-liter, four-cylinder engine making 103 horsepower and operating on the Atkinson cycle. A 43-hp tractive motor makes for a combined 146 horsepower and 195 foot-pounds of torque. Turning the wheels is a 6-speed dual-clutch transmission. Under the rear seat is a compact lithium-ion polymer battery pack.

The 2017 Kia Niro debuts in the fourth quarter of 2016. Approximately one year later, a plug-in version will follow.

Meanwhile, in Optima land, Kia’s midsize hybrid sedan should see a 10 percent in fuel economy due largely to replacing the previous 2.4-liter, four-cylinder engine with one displacing at 2.0 liters. Gone is the original torque converter and in its place is a 38-kilowatt electric motor and clutch. Kia claims the latest version will provide a combined 193 horsepower.

Unquestionably the fuel economy leader here will be the PHEV Optima. As the brand’s first-ever plug-in hybrid, it has a tall order to fill. One of the electrified sedan’s key attributes is its 600-mile driving range, including operating in EV-only mode for approximately 27 miles.

Certainly, Kia’s green initiative comes at a time when Americans are moving away from fuel-efficient vehicles toward SUVs and pickup trucks. This current automotive trend is urged on by low fuel prices, including some of the lowest we have seen this century.