The Cobalt Supply, the DRC and EV’s Demand for Lithium-Ion Batteries 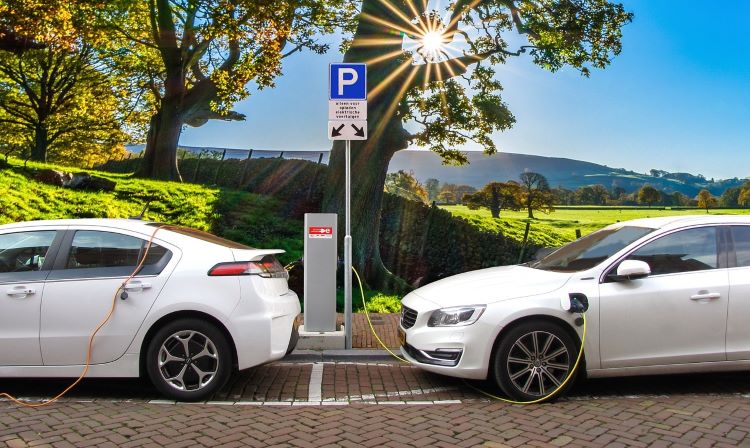 While the supply and demand of cobalt have recently been down due to the staggered economy worldwide because of the COVID-19 pandemic, the global demand for cobalt is normalizing and, thus, increasing. Cobalt is an extremely important mineral for clean energy technologies, specifically, it is a critical component in lithium-ion battery cathodes for high energy and power applications.

Approximately 42 percent of global cobalt stock is used to produce lithium-ion batteries with the remaining 52 percent used for military and industrial purposes. Lithium-ion batteries are used in electric vehicles (EV), energy storage applications, smartphones, laptop computers, and many other types of consumer and household electronic devices. While the United States is the largest consumer of cobalt, it has not mined it since 1971 or refined it since 1985. Canada, which is ranked eighth worldwide in the production of cobalt, is the only viable source for the mineral in North America producing 3,000 metric tons in 2019.

Investors are currently focused on the EV sector of the automotive industry as seen in the activity of private investors and the stock market. Shares of EV companies are soaring in 2020. Shares of Tesla’s stock increased by more than one-third in July, and its $278 billion market cap is $104 billion larger than the market cap of Honda ($45 billion), BMW ($43 billion), General Motors ($38 billion), the Ford Motor Co. ($27 billion), and Fiat ($21 billion) combined. Additionally, Tesla’s market cap is $103 billion more than Toyota’s ($175 billion) despite Toyota having sold 10.7 million vehicles in 2019 compared to Tesla’s 370,000.

Nissan announced that a midsize SUV EV priced at $40,000, the Ariya, will be released next year, and the price of its stock spiked more than 7 percent in one day. Rivian Automotive, a 10-year-old, electric pickup truck and commercial vehicle startup, backed heavily by Amazon and the Ford Motor Company, recently received $2.5 billion from private investors in its latest cash roundup, with substantial investment from the Soros Fund and Fidelity Investments. It has received $5.3 billion from investors in two rounds. The firm has plans to provide Amazon with 100,000 delivery vans in the next decade.

Obviously, the EV industry is picking up momentum during a key transition to global electrification. While it began with the production of luxury brands from companies such as Audi, Jaguar, and Tesla, the emergence of the market for everyday cars is the variable that has piqued the interest of investors to plug into this market.

Lithium-ion batteries that enable drivers to go further between charges and can be recharged up to 90 percent in 30 minutes have effectively removed major obstacles that kept EVs from going mainstream. The Wall Street Journal reported that the arrival of dozens of new EV models is expected to be in dealers’ showrooms in the next few years, including electric versions of popular vehicles such as the Jeep Wrangler, Toyota’s RAV4, and Ford’s F-150 pickup trucks along with an all-electric, SUV version of the Mustang. It has been reported that by 2022, consumers will have 78 plug-in hybrid and electric SUV options, an increase of more than 100 percent.

In reviewing the 2018 rates of production, the current level of supply for cobalt will need to increase by 460 percent to meet the rising demand for it by 2050, according to the World Bank. That would be an increase to 644,000 metric tons from the 2018’s output of 144,000 metric tons. A significant deficit in the availability of cobalt is forecasted by 2022 based on this projection when compared to today’s production level.

The rise in demand for cobalt is not the only problem regarding the coveted mineral, as there are social responsibility issues, too, regarding the working conditions of miners associated with the mining of cobalt from its number-one source, the Democratic Republic of Congo (DRC). For years this situation has been scrutinized by major corporations that rely on cobalt such as Apple and Tesla, watchdog groups that monitor human rights and working conditions such as Amnesty International, and governments worldwide that have sought to eliminate the harmful working conditions and illegal mining practices tied to producing cobalt.

The U.S. Department of Energy has been advocating to reduce the dependence on the world’s top supplier of cobalt, dating back to 2010. It is a serious issue as the DRC produces more than three times more cobalt than the remaining top nine sources globally. Russia, the second-largest supplier, produced 6,100 metric tons compared to the DRC’s 100,000 in 2019. The DRC accounts for about two-thirds of the world’s supply of cobalt and is by far the number-one supplier in metric tons worldwide.

However, the DRC also is under scrutiny for its labor practices and mining techniques. It is an ongoing situation with a well-documented history. More than 25 percent of its production is reported to have been sourced from artisanal and small-scale mining practices; these illicit actions include subjecting miners to adverse working conditions, such as sending them into mines without appropriate personal protective equipment, forcing them to work extensive hours, and exploiting child labor. Trespassing on the mines of legitimate mining companies and stealing their cobalt is a major issue as well.

In pursuit of an upgrade of standards overall, the Responsible Minerals Initiative and RCS Global Group have formed a strategic partnership to increase their efforts to strive for improvements in the production of the artisanal and small-scale mining of cobalt in the DRC. Their objective is to establish a “more transparent, robust, and digitized cobalt due diligence system.”

While this is a step in the right direction, the ultimate solution for the EV industry may be to find alternative solutions to meet its need for cobalt to power lithium-ion batteries. Cobalt is a necessary stabilizer in lithium-ion batteries, and the mineral is not something that can be artificially created or readily supplanted by another. While efforts are being made to produce a cobalt-free lithium-ion battery, it currently is nothing more than a work in progress.

The rising costs of cobalt coupled with its limited supply and the ever-increasing demand of the surging EV market make the recycling of lithium-ion batteries an excellent alternative for effective supply chain management. Unless a substitute for cobalt becomes available immediately, the recovery of the mineral from recycled lithium-ion batteries is going to be vital, especially for EV automakers in North America that must either comply with the stricter provisions of the new trade act, the USMCA, or pay costly tariffs, or for EV automakers worldwide seeking to reduce their dependence on the ever-volatile DRC.

Recycling lithium-ion batteries is the best two-fold solution currently available. It reduces the current reliance on the DRC and mitigates the worldwide shortage of cobalt reserves. Since cobalt is projected to be in short supply by 2022, the ability to recycle and recover the mineral is a must for the EV industry as well as for other commercial and industrial usage. Currently, most of the lithium-ion batteries in the market are thrown away, and this wastefulness is counterproductive. Eleven million tons of lithium batteries will be discarded by 2030, according to the World Economic Forum. An increase in recycling efforts would lower that amount significantly.

Maximizing the recovery of cobalt and other critical materials through the recycling of lithium-ion batteries is contributing to supply chain diversification for EV manufacturers today and will continue to do so in the future. It is an effective solution that will enable a transparent and ethical supply chain management for the EV industry.

0 372
Craigslist Car Scams and How to Avoid Them

3 thoughts on “Will the Electric Vehicle Boom Create New-Found Dependencies for Foreign Minerals?”