The Suzuki Alto is a microcar, better known as a Kei car in the Japanese market. The term ‘kei’ stands for light automobile, which is certainly true for the Alto since it is extremely small and lightweight. It first came out in 1979 as a small passenger car and was introduced to various markets around the world. The Alto earned critical acclaim and was a raging success in the Asian subcontinent as well as in other foreign markets.

A lot of that triumph can be traced back to Suzuki’s excellence in motorcycle production. They were a brand better known for their motorcycles, and it was their expertise working with small vehicles that allowed them to make a successful car like the Suzuki Alto.

The first generation was sold with an 800cc engine under the hood. The car had a pure glass hatch that could be opened and closed with the help of a handle and shut tight thanks to a key-lock mechanism. The plastic bumpers on the front and back provided basic protection, while also keeping the weight as low as possible. In some markets, like Europe, the bumpers were chrome steel.

Suzuki used a lot of plastic in and outside the vehicle to reduce costs and weight. The interior came with a yellow-beige color, and it had controls for air-conditioning, a simple odometer, and a speedometer. A 4-speed manual transmission handled the power and sent it to the front wheels.

The first generation was a great car. You could enjoy a leisure drive with a small group of people, and the car would never disappoint. The engine was punchy and provided enough power for daily commuting needs. 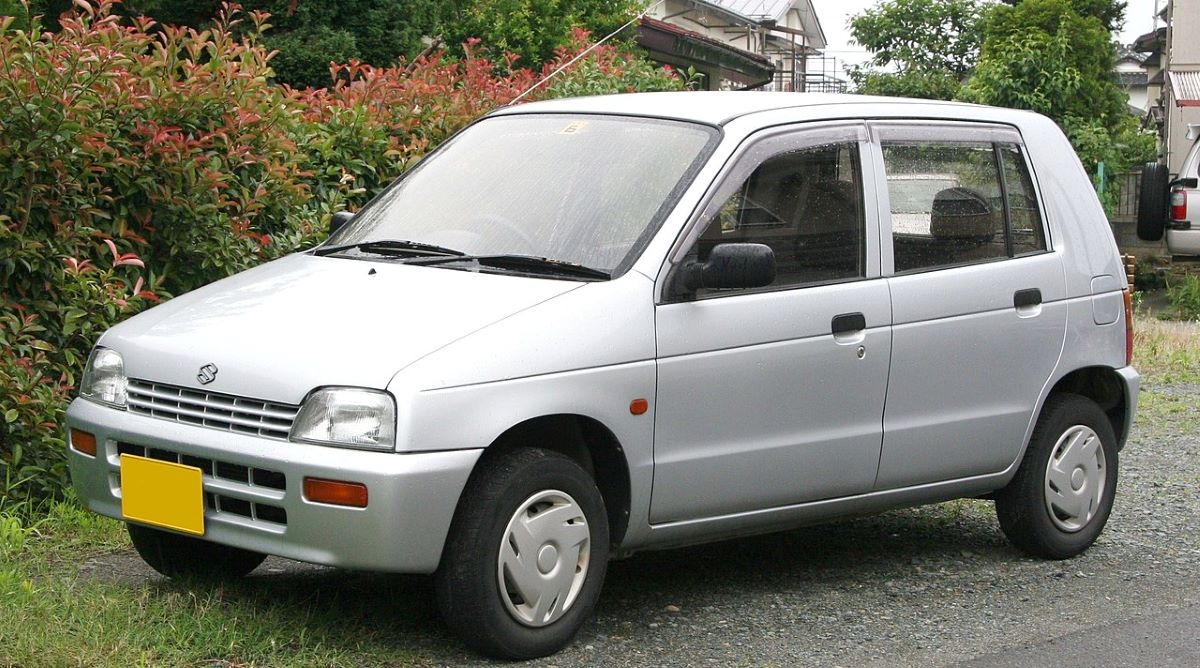 The second generation came out with a fresh redesign in 1984. This Suzuki Alto was also called the Suzuki Mehran or the Maruti 800 in the Asian markets. Again, the folks at Suzuki did not disappoint. They created a brilliant car that looked good and performed better. The second generation was available in either the 3-door or 5-door configuration, just like the first-gen.

The Suzuki Alto second gen had automatic transmission for the first time. The manual was adopted from the last year’s model. This model got so much praise that it is still in production in Pakistan to this day, and it is one of the top-selling cars in the country.

From the third generation onwards, Suzuki abandoned the 800cc engine and instead shifted to the more economical 660cc variant. This engine saved more fuel and made the Kei car more fun to drive. You could even find a turbo version in the mix, which gave a small boost to the already powerful vehicle. Some markets got the 1000cc version to make up for the turbo’s power. 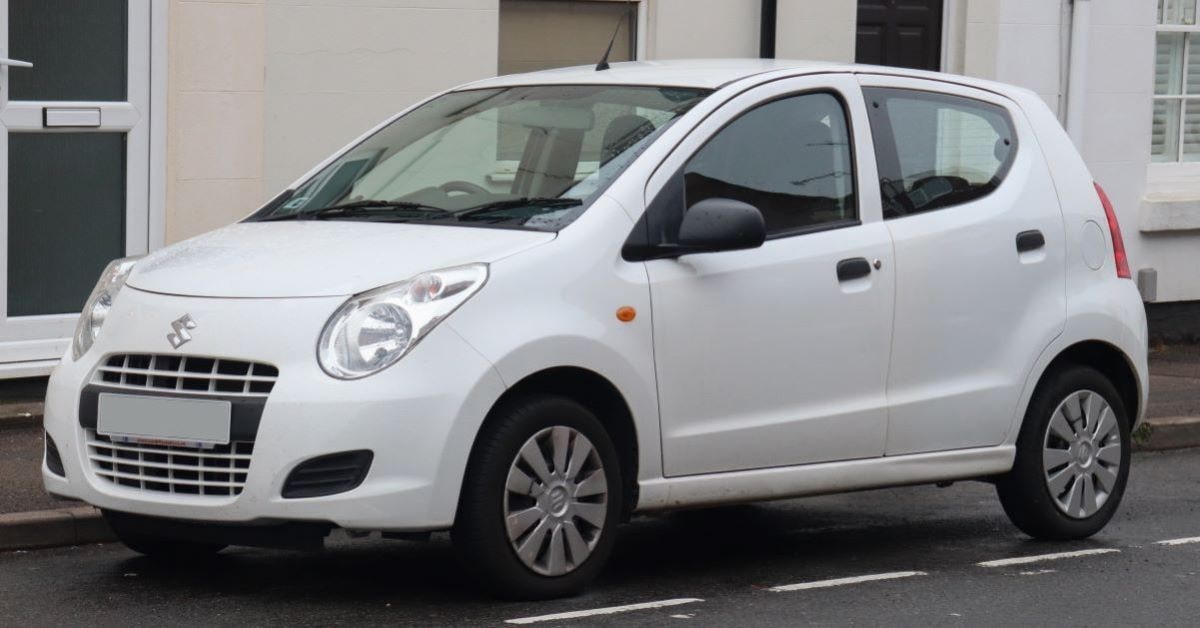 The Suzuki Alto mostly functioned on the F series engines made by Suzuki. The first few generations used this engine series with a 4-speed manual largely helping the cause. It wasn’t until the third-generation Suzuki came along that the F5B and F6A were introduced. These powertrains took power to the front wheels via a 4/5 speed manual or a 3-speed automatic.

Then by the 1990s and the start of the third and fourth generations, the K-series engine made its debut. The K6A had dual overhead cams and it was more fuel-efficient than its predecessor. This new engine was so good that it stayed in production until the seventh generation Alto. That is when the R-series came into the picture, and it is still around in the latest generation Suzuki Alto. The R06A gets either a 5-speed manual or a 5-speed CVT to help around with the driving.

The Suzuki Alto is a compact car, which means it does not have to carry much weight. That is evident when you drive the first-generation Alto. It was a punchy car with great throttle response. Uphill driving wasn’t a problem for this vehicle, as it easily managed any kind of challenge.

The same attitude could be seen in the second generation. However, this time the car felt a bit heavier than before. The new body shape added extra pounds that restricted the engine’s potential somewhat. But that didn’t stop people from using the Alto for their daily drive.

In other words, the F-series engines were extremely capable and could handle a bit of heat, except the F10A. The upgraded F-series engine had major issues related to overheating and loss of power. The engine could not function properly while the air-conditioning was working. Many users complained that there was less power and that Suzuki Alto felt underpowered at times.

Suzuki heard their woes and finally debuted the K-series engines. The change was positive, and that reinvigorated Suzuki Alto and its fame in the world. The new drivetrain wasn’t just powerful, but it was efficient. What more does a person owning a Kei car want? Great fuel economy, of course! 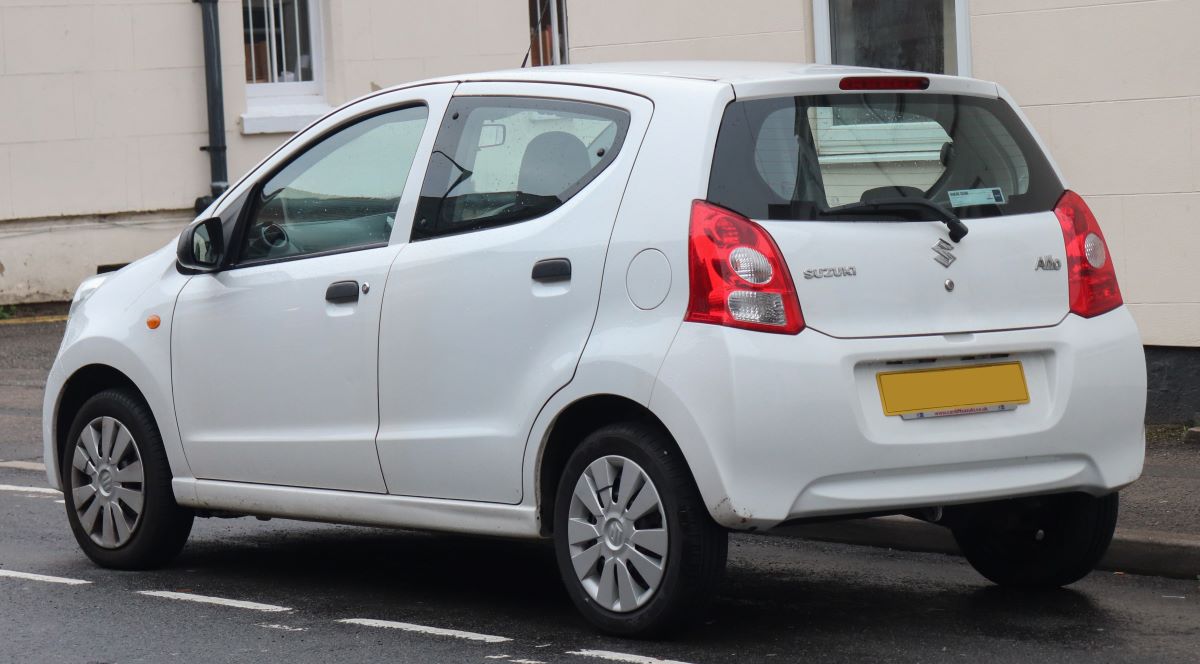 The Suzuki Alto has come a far way since 1979. The car isn’t sold in the U.S, but it still makes an impact in many other markets, especially in Asia. It is really the embodiment of affordability, practicality, and economy in the modern world.

4 thoughts on “What is the Suzuki Alto?”