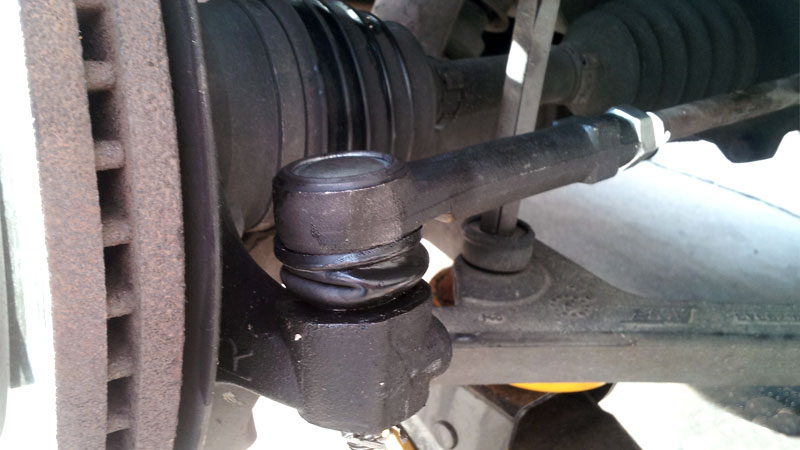 A vehicle’s front end is composed of many different steering components, each of which plays a pivotal role in providing ample maneuverability. However, these components must all be in satisfactory condition to operate at an optimal level. This bears consideration, due to the fact that each of these components is susceptible to wear with enough time.

Of the various steering components found in a vehicle’s front end, few play quite as pivotal of a role as a matching pair of tie rods. A vehicle’s tie rods transfer steering effort into rotational movement, thereby allowing a car, truck, or SUV to corner with efficiency.

Unfortunately, a vehicle’s tie rods are largely expandable, requiring replacement as they begin to wear. This wear becomes evident due to a range of symptoms that often arise. If attentive enough, a motorist can recognize these symptoms, thereby allowing them to remedy the issue at hand in a timely manner.

Read on to learn more about the various symptoms associated with a bad tie rod, as well as how to address such issues, should they arise in the future.

What is a Tie Rod? 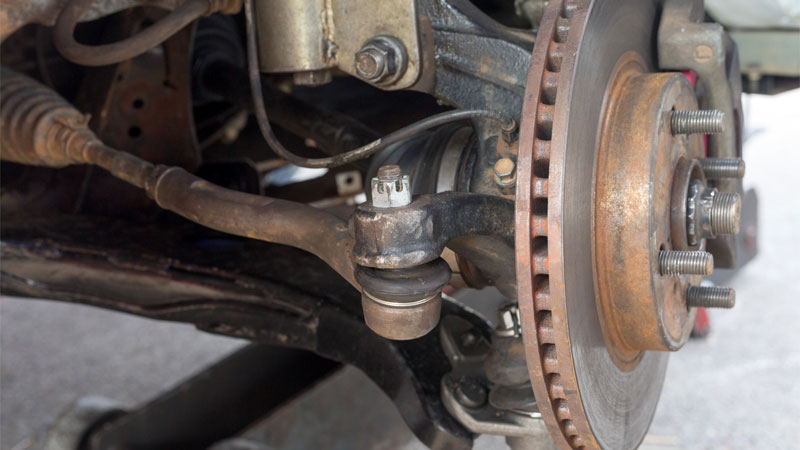 A tie rod is a critical steering component found within the front end of cars, trucks, SUVs, and Jeeps. This specialty linkage distributes mechanical force to each of a vehicle´s front tires, in order for inward/outward rotation.

A vehicle´s tie rods are anchored to a hub´s steering knuckle at one end, and the steering rack at their opposing end.

A vehicle´s tie rods also play a pivotal role in setting and maintaining front-end alignment. The “toe“, or inward/outward orientation of a vehicle´s front tires, is manipulated by adjusting a car or truck´s tie rods.

When discussing tie rods, many fail to identify the segment of tie rods that they are referring to. During such conversations, most car owners are attempting to describe their vehicle´s outer tie rods, or tie rod ends.

This is the segment of the tie rod assembly that contains the ball joint which affixes to a vehicle’s steering knuckle, and threads into the inner tie rod at its opposing end.

The other segment of a vehicle´s tie rod assembly is the inner tie rod. This apparatus features female threads at its outward-facing end, into which the outer tie rod is threaded. The other end of the inner tie rod then threads into the vehicle’s steering rack.

The presence of a faulty tie rod is often accompanied by a number of secondary symptoms, some of which tend to be more severe in nature than others. Recognizing these symptoms often proves valuable when attempting to diagnose and rectify the issue at hand.

The following are several of the most common symptoms associated with a bad tie rod.

Unexplainable or irregular tire wear is among the most common symptoms of a bad tie rod. This stems from the fact that a vehicle´s tie rods directly dictate front-end alignment.

A general lack of steering responsiveness is another common sign of significant tie rod wear. This results from increased free-play between the articulating outer end of a tie rod, and the steering knuckle to which it is affixed.

In the most severe of cases, worn tie rod ends can actually produce a popping or clunking noise, due to heavy wear within the ball and socket of a tie rod´s outer end. As slack is taken up within this joint, audible noise is produced when turning the steering wheel.

In certain instances, tie rod wear can produce a vibration that is felt through a driver´s steering wheel. This vibration tends to be felt most prominently when driving over uneven terrain, or when negotiating turns at lower speeds.

What Causes a Tie Rod to Break? 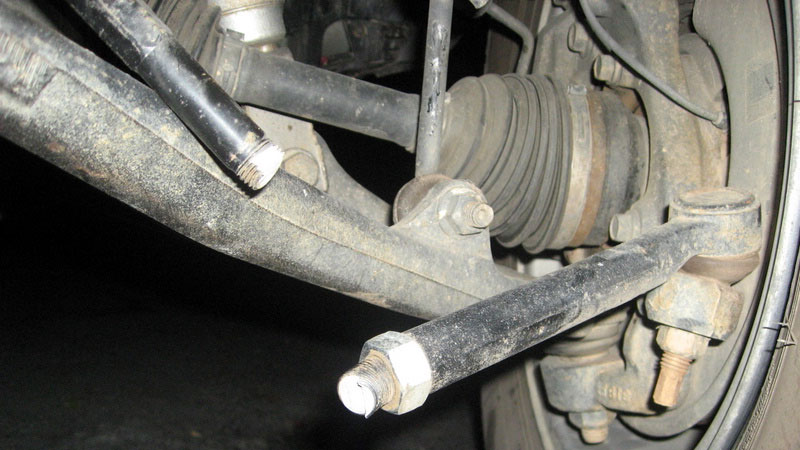 A tie rod can fail for numerous reasons, though standard wear and tear stands as the most common cause of such issues.

Throughout a vehicle’s lifetime, both inner and outer tie rods, as well as other critical front-end components such as ball joints, are subject to a significant amount of stress during their service life. This, in turn, causes eventual degradation.

A failure to grease these critical joints tends to cause accelerated wear.

Additionally, a vehicle´s tie rods can fall victim to damage originating from front-end collisions, or pothole strikes. In such instances, a tie rod typically becomes bent, causing substantial alignment-related issues. These alignment issues cannot be corrected until the affected tie rod is replaced.

Can You Drive With a Broken Tie Rod?

Driving with a broken tie rod is never advised. This is due to the fact that each of a vehicle’s steering components is safety-sensitive in nature, including its tie rods.

Failure to rectify such an issue in a timely manner could lead to costly and dangerous consequences, potentially risking your safety, as well as the safety of other motorists.

In any event, a broken tie rod should be replaced as soon as possible. Doing so mitigates unnecessary risk, and prevents secondary damage to your vehicle.

If you do not feel comfortable tackling such repairs yourself, make an appointment with a trusted automotive service center at the first available opportunity.

The cost associated with tie-rod replacement generally falls into an average range of $200-$500, though in rare instances, such costs can end up being much higher. The bulk of this cost is attributed to labor, which typically tallies up to a total of 2-3 hours, with another hour of labor billed for subsequent alignment.

The cost of a tie rod end itself is minimal in most cases, usually ranging between $30-$100 making up a relatively small percentage of overall repair costs. Pre-lubricated, factory-sealed tie rod ends tend to fall toward the higher end of this price spectrum.

Due to the fact that tie rod replacement tends to be quite pricey, it is important to take stock of your vehicle´s warranty, before proceeding with repairs. In some cases, such repairs might be covered under a vehicle´s factory warranty policy, especially if a vehicle is relatively new.

Should Tie Rods Be Replaced In Pairs?

It is always advisable to replace tie rods in pairs. The presence of significant wear to one tie rod would likely foretell similar wear of the opposing tie rod as well.

This is perhaps best illustrated when considering the fact that both of a vehicle’s tie rods are likely of the same vintage, meaning that they have been subject to near-identical wear and tear.

Not only does replacing tie rods in a pair make sense, but it also has the tendency to save motorists money in the long run. If you were to replace just one tie rod, only to replace a second tie rod at a later date, you would be forced to pay the cost of a wheel alignment multiple times, when only one would have ultimately been necessary.

Is a Wheel Alignment Necessary After Replacement?

Wheel alignment is highly advised after having a vehicle’s tie rod or tie rod ends replaced. This is due to the fact that the relative adjustment of a vehicle’s tie rods directly dictates a front end’s toe setting. This setting in itself is extremely important to steering efficiency, and tire wear as a whole.

The manner in which a tie rod end is threaded is largely dependent upon the model of the vehicle that is being repaired. However, the vast majority of vehicles feature tie rod ends that thread in opposing directions to one another.