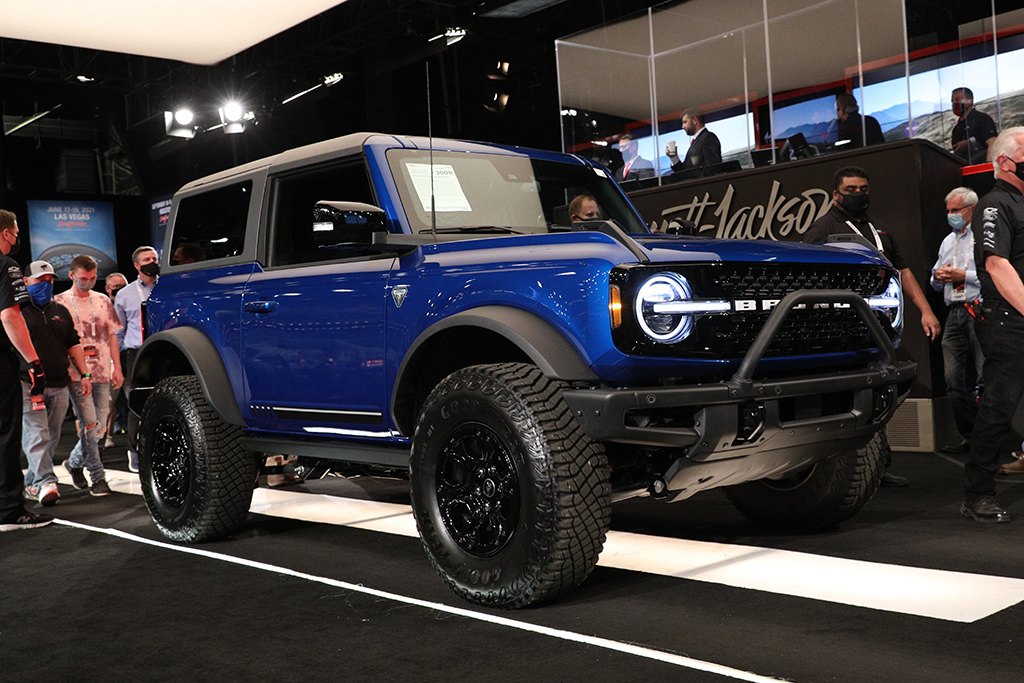 The annual Barrett-Jackson Scottsdale, Arizona, auction is the largest of its kind in the world, one of four or more conducted annually by this prestigious automotive auction house. This year, the Scottsdale event saw 95 world records fall with top prices fetched for numerous models.

In all, the auction house said 1,054 vehicles were sold for over $95 million. In addition, another $4.4 million was brought in as well over 1,000 pieces of automobilia changed hands. Perhaps most significantly were the funds brought in for charity as $5.8 million was raised as several first-run or “VIN 001” models rolled out.

The largest amount of money raised came through the sale of the 2022 GMC HUMMER EV Edition 1 VIN 001. This model auctioned for $2.5 million benefitting the Stephen Siller Tunnel to Towers Foundation, an organization that builds mortgage-free homes for catastrophically injured veterans and first responders. The foundation is named for a New York firefighter who lost his life on September 11, 2001.

Also on the first day of the auction, a 2021 Ford Bronco 2-Door VIN 001 model garnered $1.075 million dollars with the National Forest Foundation and Outward Bound the beneficiaries. The NFF was created by Congress in 1992 to serve as the non-profit partner of the United States Forest Service. Outward Bound is an international network of outdoor education organizations for youth and adults.

“The compassion of the collector car community is unbelievable,” said Steve Davis, president of Barrett-Jackson. “This week, we opened our hearts wider and dug deeper into our wallets to help raise money and awareness for the people and causes we all care so much about. We couldn’t be more thankful for the companies and bidders who stand with us to make our communities better for everyone.”

Ahead of the official start of the auction, several other models were successfully auctioned for charity. For instance, on Thursday a 2003 Chevrolet Monte Carlo NASCAR race car sold for $115,000 to benefit the Arizona Animal Welfare League. This car was raced by seven-time NASCAR champion Jimmie Johnson. Also, a duo of 2022 Cadillacs – including the CT4-V Blackwing VIN 001 that hammered in at $165,000 and a CT5-V Blackwing VIN 001 that sold for $265,000 – raised a total of $430,000 to benefit Black Ambition, a project of PolicyLink. Launched just months ago, Black Ambition supports Black and Latino entrepreneurs.

The top 10 vehicles sold during the 2021 Barrett-Jackson Scottsdale Auction included:

Through the latest auction, Barrett-Jackson has helped raise more than $133 million to benefit more than 130 local and national charitable organizations.