Car theft is on the decline, due to better security, including GPS tracking systems. For owners of older vehicles, those models remain targets, largely for the value of those separate parts.

Car thieves continue to do their work despite a significant increase in security systems and GPS technologies that can help thwart or track stolen vehicles. However, it is the older models that are more routinely stolen either for a lack of security apparatus or due to the value of the parts once the vehicles have been dismembered.

Last week, the National Insurance Crime Bureau (NICB) released its annual list of the 10 most stolen vehicles in the United States. The yearly “Hot Wheels” report is based on data supplied to the NICB by law enforcement and includes state specific information based on make, model, and model year.

By far, the two most purloined vehicles were the Honda Accord (51,290) and the Honda Civic (43,936). These two models routinely finish atop the annual list and nothing changed in 2014, the year the report examines.

On a state level, the NICB hot wheels data revealed some startling information. For instance, more than half of all Accords and Civics stolen were hoisted in California. California is by far the most populous state, but it represents just one-eighth of America’s population.

California, like Arizona and Texas, had a disproportionate number of thefts, likely due to cars being taken to Mexico where recovery is nearly impossible.

Although the two Honda models finished on top in many states, Auto Trends dug through the hot wheels data and found some interesting trends in other states. 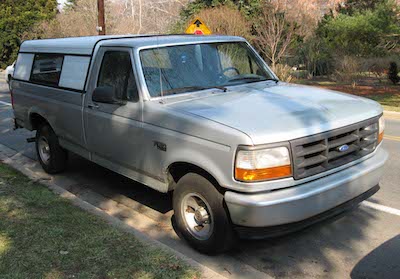 In Wisconsin, three Dodge models took the top three hot wheels positions — Caravan, Stratus and Intrepid. One model that hasn’t been produced in well over a decade, the Plymouth Voyager, accounted for 162 thefts. The greatest number of those models stolen were from the 1999 model year.

Most of the stolen models date to the 1990s with Accords, Camrys and Civics of that era especially desirable to thieves. However, advanced technologies are making it harder for thieves to steal cars, thus the number of newer vehicles stolen has been falling sharply. 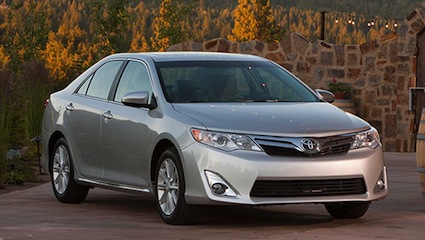 Among more recent models, the 2014 Toyota Camry
is a theft target. Source: Toyota.

Other 2014 models that were targeted in greater numbers included the Dodge Charger, Toyota Corolla, Chevrolet Cruze, and the Ford Focus. The NICB also included a scooter/moped made by the Taotao Industry Co. with the statistics, as some 592 units were stolen.

As always, the NICB urges Americans to use common sense in a bid to not be added to the hot wheels statistics. This means keeping vehicles locked and never leaving the keys in the ignition. Tracking, warning and immobilizing devices are also useful deterrents. Thieves may work hard to take your vehicle, but they’ll aim for the easiest targets too.